My Christmas present to my father this year was cleaning and preserving his WWII war souvenir Arisaka Type 99 (or Short) rifle taken from the caves of Truk Lagoon (aka Chuuk Lagoon) preserved in Cosmoline grease.

Based on the earlier Type 38 rifle with licensed Mauser features and designed by Colonel Arisaka, this bolt-action battle rifle fired the 7.7mm round first used in machine guns, an improvement from the earlier 6.5×50 cartridge.

The monopod seems too flimsy and the wrong height for effective use. 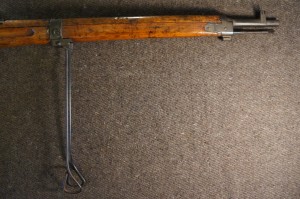 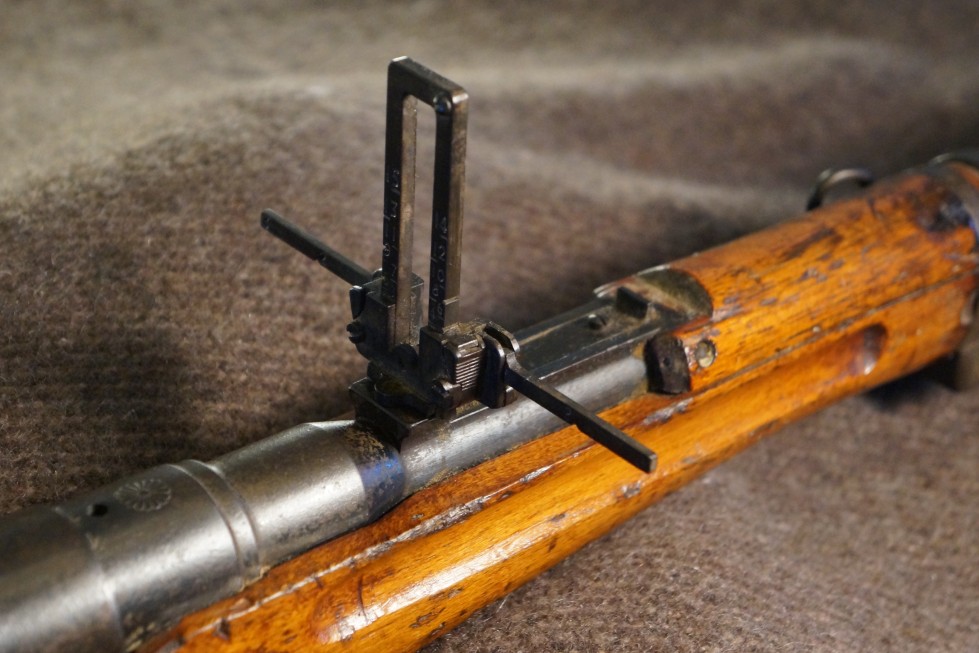 Cock-on-closing was an improvement on Mauser though the same could not be said of the odd monopod, overly complex ladder sight with anti-aircraft ‘wings’ or the noisy sheet metal bolt cover.

The knurled mushroom safety was also disliked by GIs because it was different from their service rifles. But using the heel of the hand it only required 1/8 turn to fire and was positive and quiet.

I Didn’t Disassemble Or Repair Cracks

Famously strong, these rifles were hard to blow up; except for late war weapons called “Last Ditch” or “Substitute Standard” due to their crude finish; and captured mild steel drill rifles never designed to be shot being test fired by clueless allied soldiers and marines. 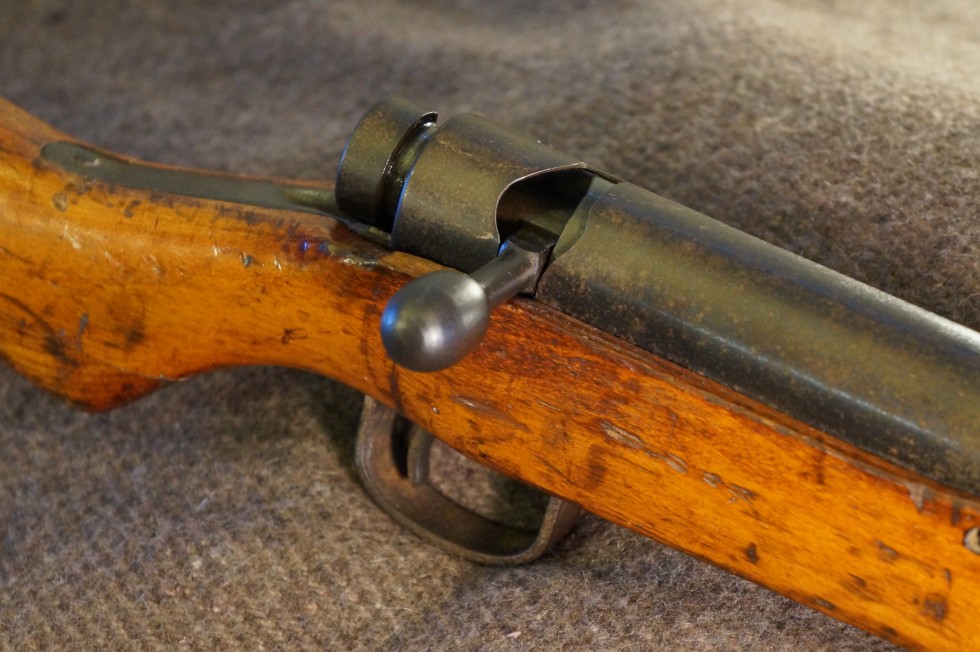 Converted to .30-06, 8x57mm or 7.62 NATO the rifles functioned but accuracy suffered from twist rate disparity and cartridge differences. Rifle featured early use of chrome plated bore. When I ran Hoppe’s #9 cleaner through this service rifle the 70+ year old bore shined. 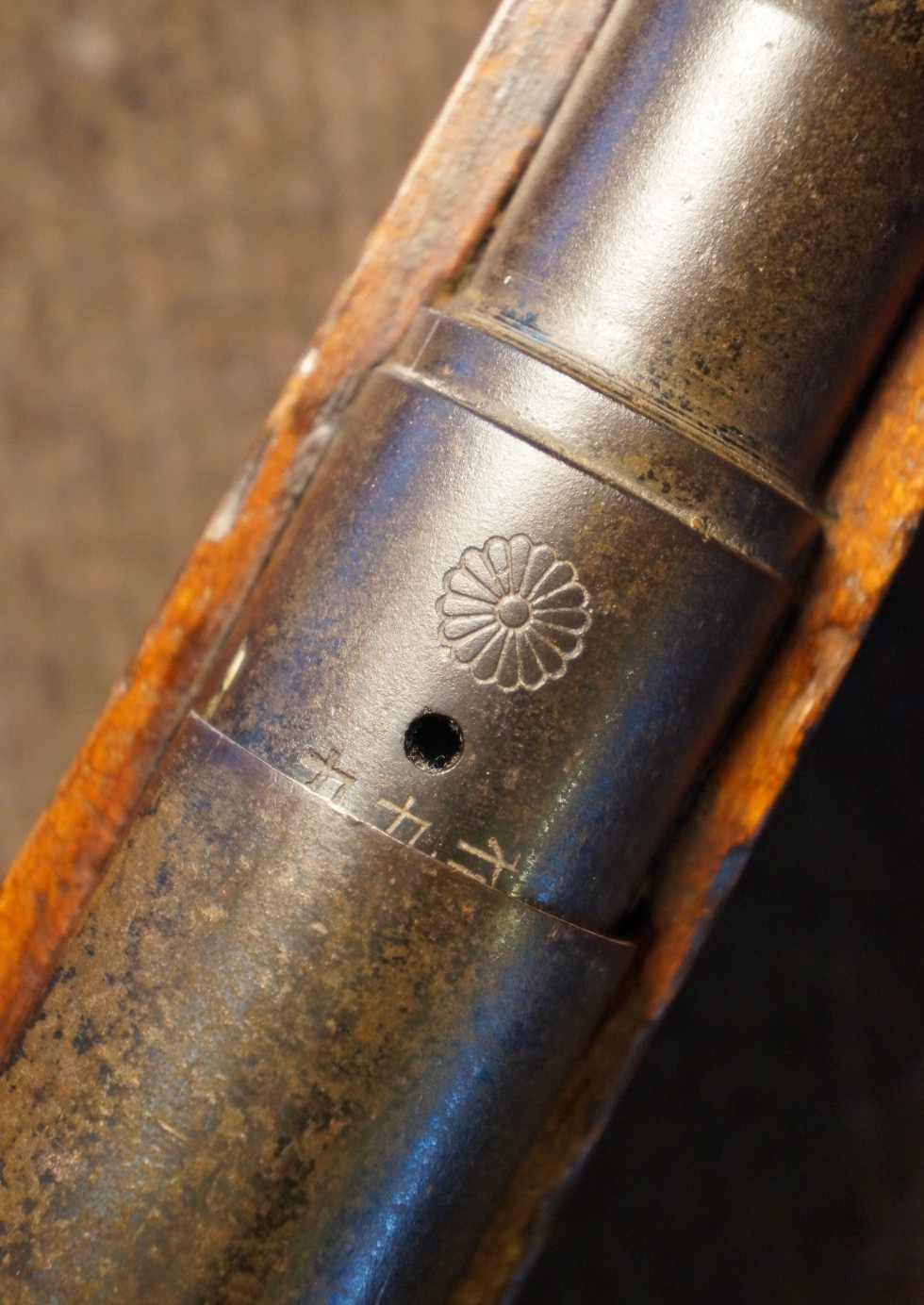 The Imperial Japanese chrysanthemum stamp was often partially or fully ground off weapons after the war to avoid the sacred symbol losing face through disgraceful surrender. But you can see it here on my Dad’s war prize. And the flimsy noisy bolt cover that most sensible Japanese infantry threw away asap is still there as well. 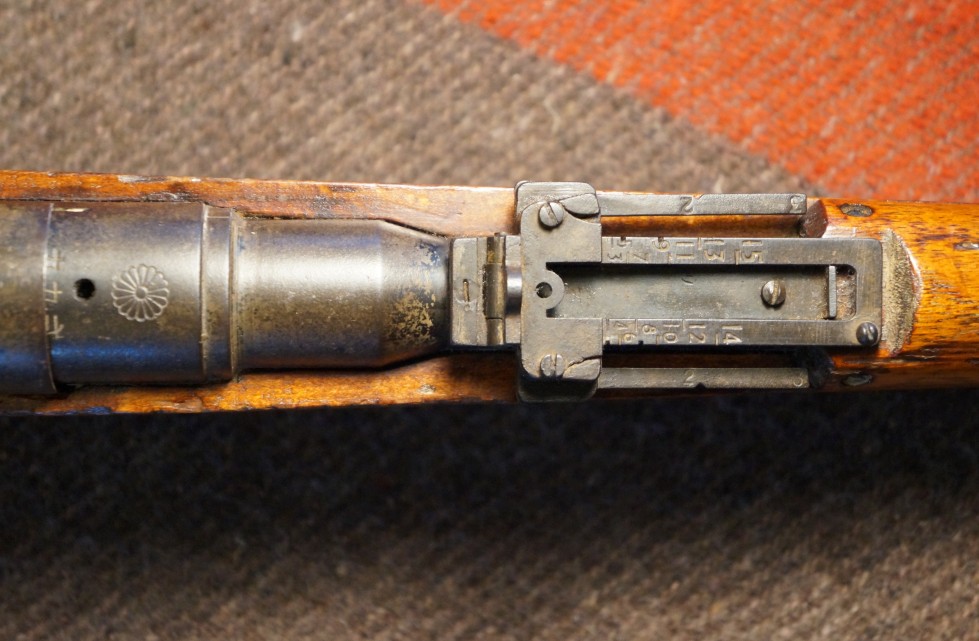 I don’t know how many allied planes were shot down using the wings on the sight but it can’t be many. Still, the sight is solidly built and still functional.

Unless otherwise noted, text and images were produced and copyrighted by todgermanica.com and are free for noncommercial use with attribution.