The US is sending an aircraft carrier and embassy protection troops to Iraq. Let’s hope we don’t have combat there again. US voters want no more war in the Mideast but someone does so our endless foreign entanglements seem set to continue.

You’d think the US military would know enough by now to avoid wars that are not winnable, but soldiers must practice the killing trade, and as our Drill Instructors used to say at Ft. Polk, “Vietnam ain’t much of a war but it’s the only war we got”.

I was with the program, I wanted a bit of action myself, if only to get laid or get high, and blowing up stuff is hella fun for young guys like myself at age 19. You don’t think about dying or killing much at that age.

If it sounds like I blame the soldiers I do, partly. But young men are full of testosterone and the urge to prove themselves, and are born and bred and trained to die for the State, at least in the South and in some families.

And going to Sweden or Canada is harder than dying in war, which no young soldier thinks will happen to him anyway. Better to go along with the program than be called a pinko coward, at least in 1969.

If you served in the military it’s hard to credit the US authoritarian soldier worship in this culture. My experience of war was more scam and fraud than national defence.

Some of my brother soldiers, black, white or Hispanic, were just as likely to lock-n-load on my raggedy ass as Sir Charles was, the state of race relations being as bad in Asia as it was back in the ‘world’.

And my fellow soldiers, draftees with US-prefix dog tags or Regular Army volunteers like me, were as likely to steal from my footlocker as any civilian thief.

Another old Army saying: ‘Lie, cheat and steal, prepare for a civilian career.’ Well, we did our best, but the officers made the big fortunes in graft, dope, women, black market and stealing US Army property

Lots of my ‘brothers’ were criminals stateside offered the choice of jail or army by foolish judges. So much for honor and morale, though such boys seemed to fight and die about as well as us volunteer troops. ‘It don’t mean nothing’.

BTW, ‘decorated veteran’ is redundant, we were ALL decorated, every man (and woman) jack of us got the National Defense Service Medal 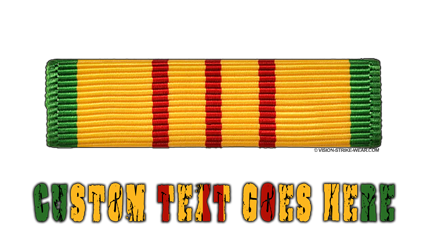 (the ‘fire guard’ ribbon) just for being in the military, and we members of ‘youths-in-Asia’ also can wear the yellow Vietnam Service Medal.

And why is it always ‘our brave veterans’? What about us cowardly troops who served anyway. Shouldn’t we get more medals for serving in spite of being yellow?

Not that there was anywhere we could run away to on a fire support base. Brave troops and we cowards alike were equally forced to sometimes shoot back or get shot.

Forget that t-shirt favorite of the keyboard rangers, ‘These Colors Don’t Run’. At times we ran like rabbits in Vietnam; ‘bugging out’ was the favorite term in the Korean war ‘police action’.

Historically the US military never liked taking casualties and substituted firepower for troops whenever possible. And we ran like hell when we had to and always have. Only a (dead) fool would do otherwise- look at the Japanese experience in WWII. Good men died wholesale and they lost the war anyway. Guess they believed in Japanese exceptionalism.

We no longer win wars either, except for tomato cans like Saddam’s Iraq or Noriega’s Panama. Our major foreign military adventures, from Vietnam to date, were unwinnable short of ‘nuking them back to the stone age’-not to mention unnecessary.

Our generals blamed losing on Washington’s micromanagement of rules of engagement and targeting. But our military dysfunction goes much deeper, the maintenance of such a costly empire constituting the major flaw; and the idea that wars are won by killing all the enemy troops is another.

Firepower out of control always brings the enemy recruits. ‘Free Fire’ zones in Vietnam and slaughtered wedding parties today ensure that we can never ‘win hearts and minds’, though in ‘Nam’ what they really said was “if you’ve got them by the balls their hearts and minds will follow.”

I have more respect for an ‘insurgent’ fighting for his home than a army or CIA spook in a cubicle in Nevada launching a Hellfire missile at another Islamic wedding party half a world away. This is the original meaning of terror-terror of the government.

Killing relatives in traditional cultures, ‘collateral damage’, is a radical recruiter’s dream. A final Vietnam war catch phrase for Iraq. ‘Sorry about that’.

Images courtesy vetfriends.com and supportourribbons.com
Advertisements are placed on these pages by WordPress to benefit only WordPress, so please don’t click on them.