A wrecker tows away the Heather Mist* 1995 Nissan Quest, 20 years and 141,140 statute miles. Kind of sad to see it go but OTOH good riddance. I wrote here when it let me down for the last time and now I have my revenge. 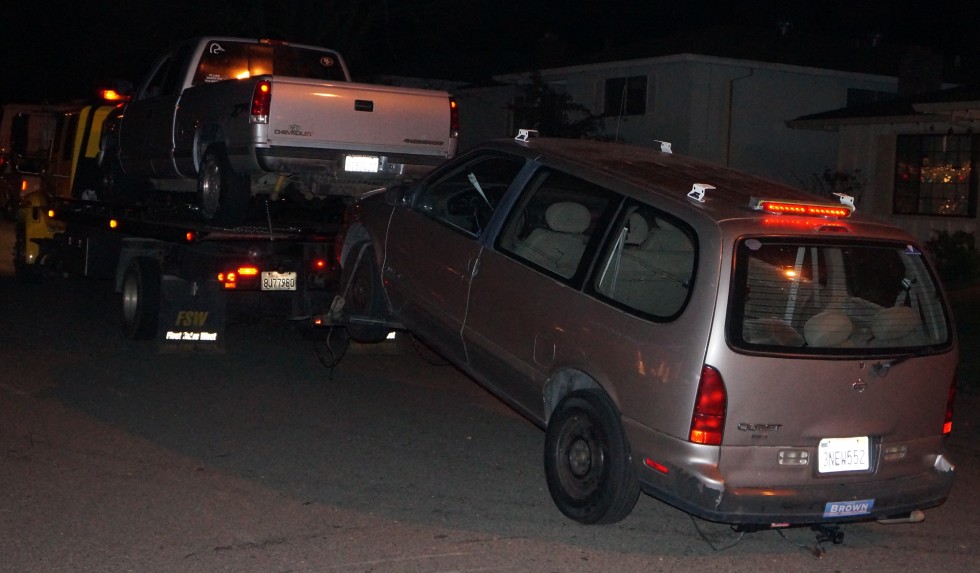 I donated it to Placer County SPCA and that was pretty easy. They schedule a tow truck and you need only sign off on the ‘pink slip’ and the release of liability and give them the keys. The 3rd party that tows and auctions off the vehicle gets 30% and SPCA gets the rest for the dogs and cats. I get a standard $500 tax write-off unless it sells for more at auction in which case I get a bigger tax write-off. 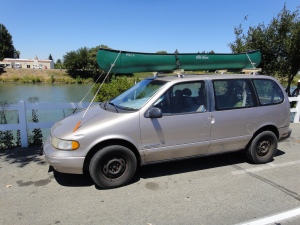 I half-heartedly tried to sell it on Craigslist but got no response except from voicemail spam calls offering to help me sell it for a cut. How do these spammers get away with it? The do-not-call list means nothing. 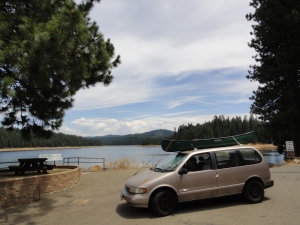 Sitting unused in the sun and rain for months did the beast no good: killed the battery, ripped weather lacing let moisture into the carpets causing mildew, the belts now squeak, the AC cycles on and off every 5 seconds at idle and it leaks engine oil.

And that’s just what you can see. For many years I could not solve the hesitation and stalling that killed the engine on steep mountains in hot weather (pseudo-vapor lock?) and I never did. And it chose the worst places to almost-but-not-quite break down, like in the hills around Clear Lake, Death Valley in May (!) and near Mt. Shasta in August. Enough.

So good luck in your new life Quest and I hope they never drive you out of the Great Valley. I wish you no ill will because you never really stranded me anywhere and did take me to some fun places. All is forgiven.

2 thoughts on “Farewell To An Old Frenemy: Donating a Vehicle to Charity”