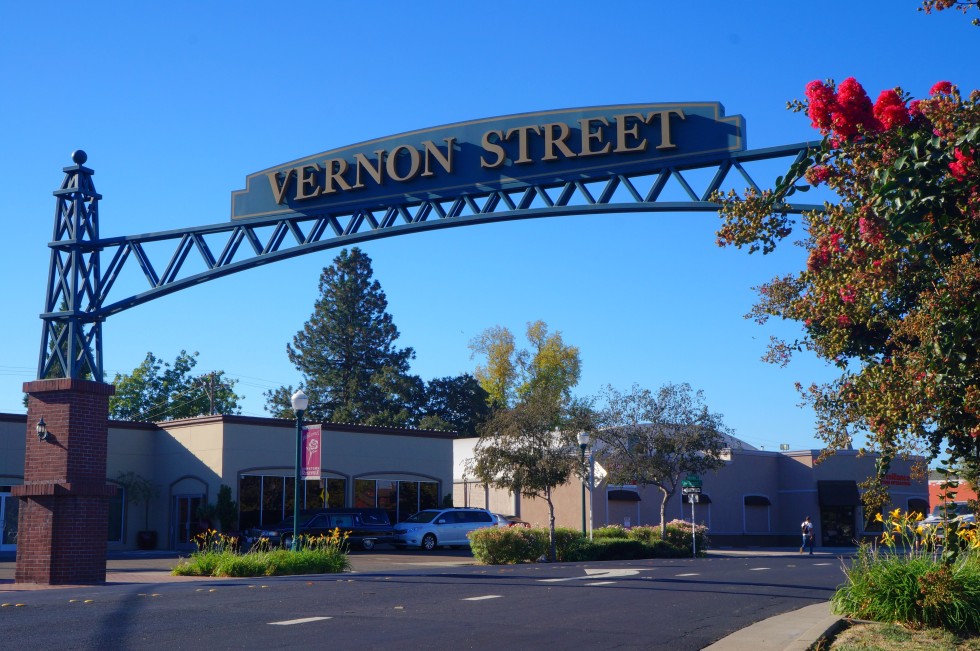 Roseville has always been a working town, blue-collar, meat and potatoes, tough railroad boys in the schools, never known for tourists, landmarks or public art. But we have some. The Vernon Street arch is nice, railroad themed and telling you you’re leaving Atlantic Street and entering Vernon Street. 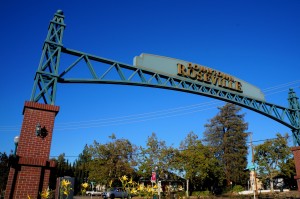 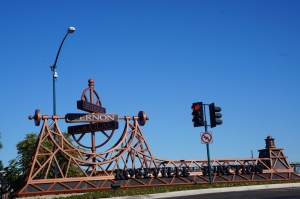 Coming from Riverside Avenue the signs are equally confused as is the name of the street, the nearest river being the Sacramento River 17 miles west. 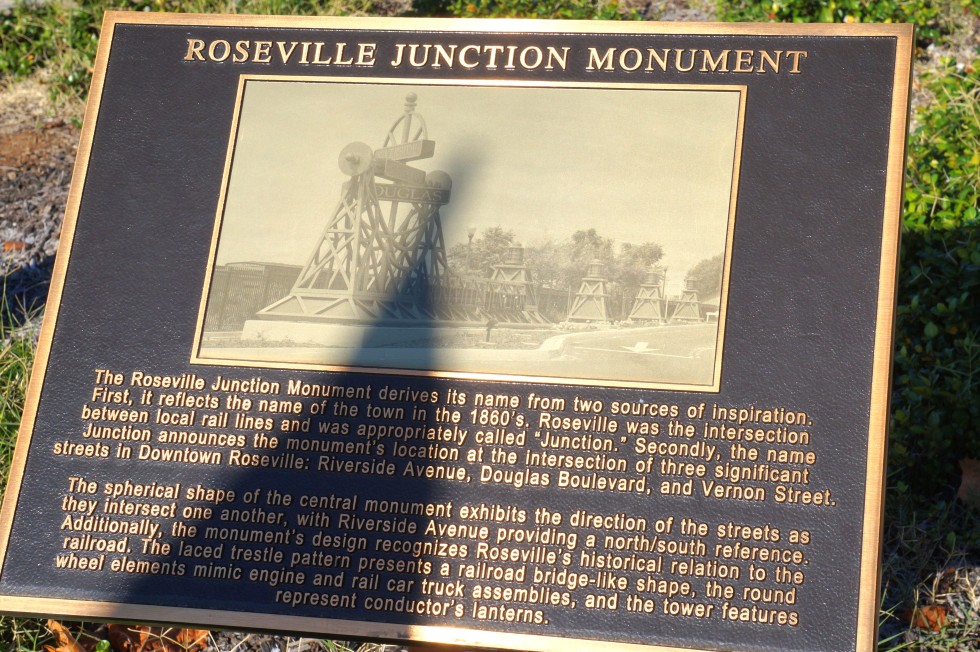 Above  is the plaque explaining the junction sign at right above. 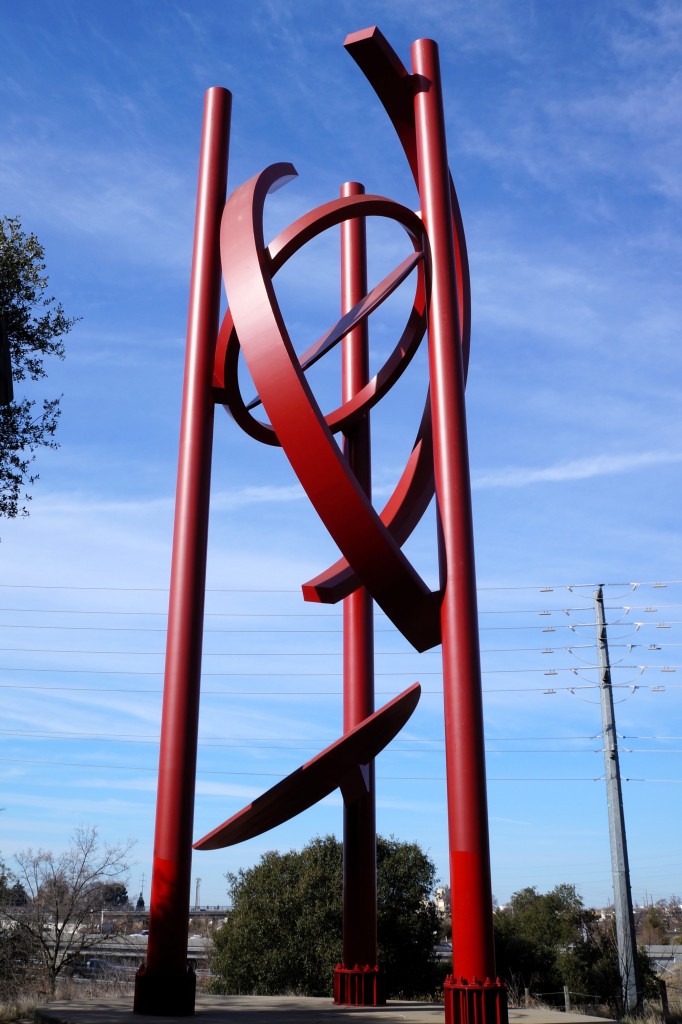 Sculpture Park is located off of N. Sunrise Ave behind the Home Depot, 350 N. Sunrise Ave Roseville 95661.  This park is a trailhead for Miner’s Ravine bike trail. 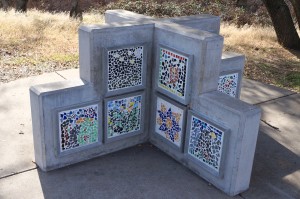 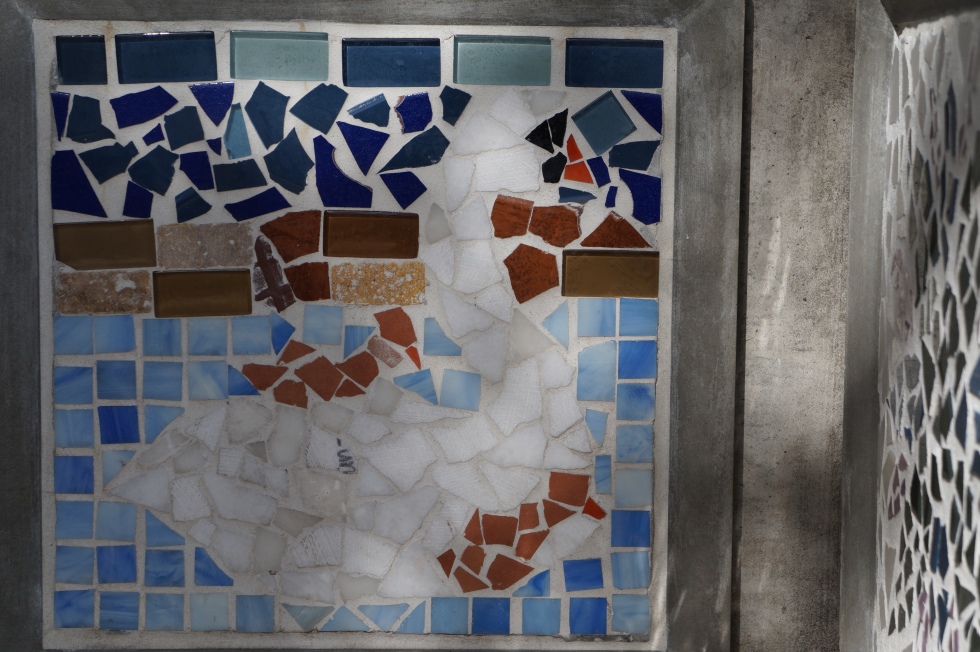 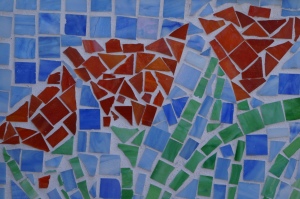 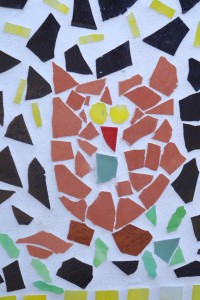 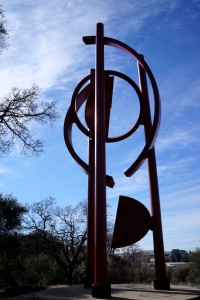 This .8 acre park features a large statue named “Cosmos” and charming tile plaques done by children (to replace the original bronze plaques pried off and stolen by vandals or thieves). Opens at sunrise and closes one hour after sunset. 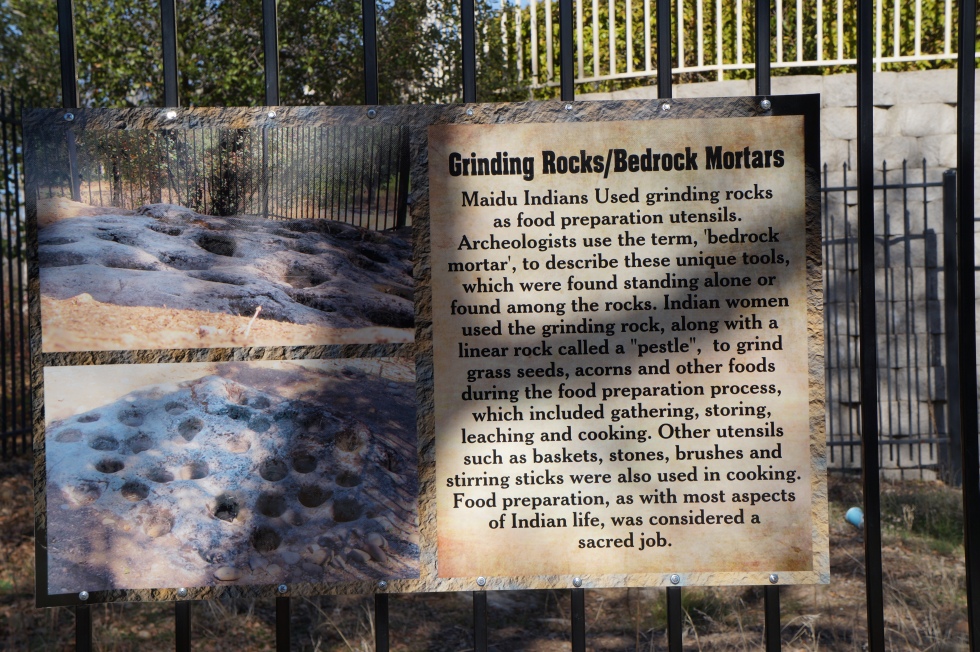 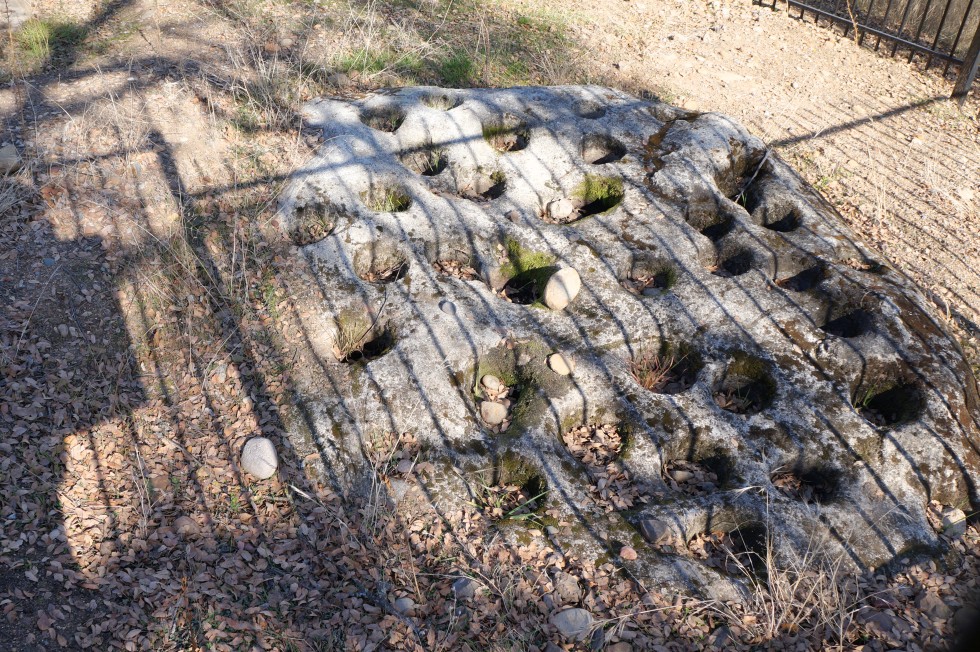 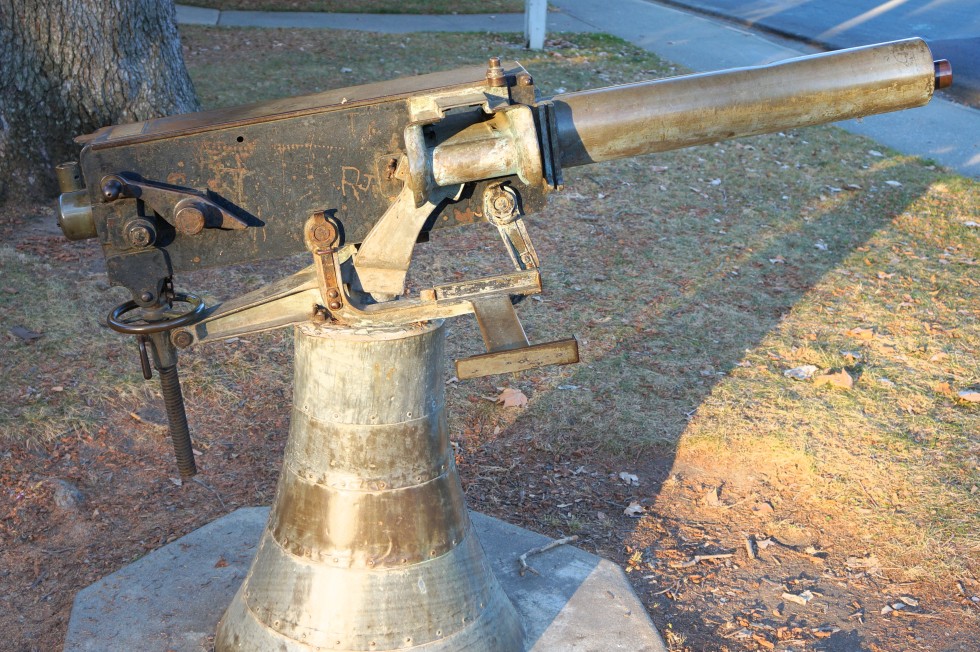 Defending Roseville’s Veteran’s Memorial Hall and Royer Park is a 37mm naval automatic cannon circa 1908. Probably had more “man-stopping punch” than the Colt Model 1911 in putting down Filipino “Moro” insurgents of its era. 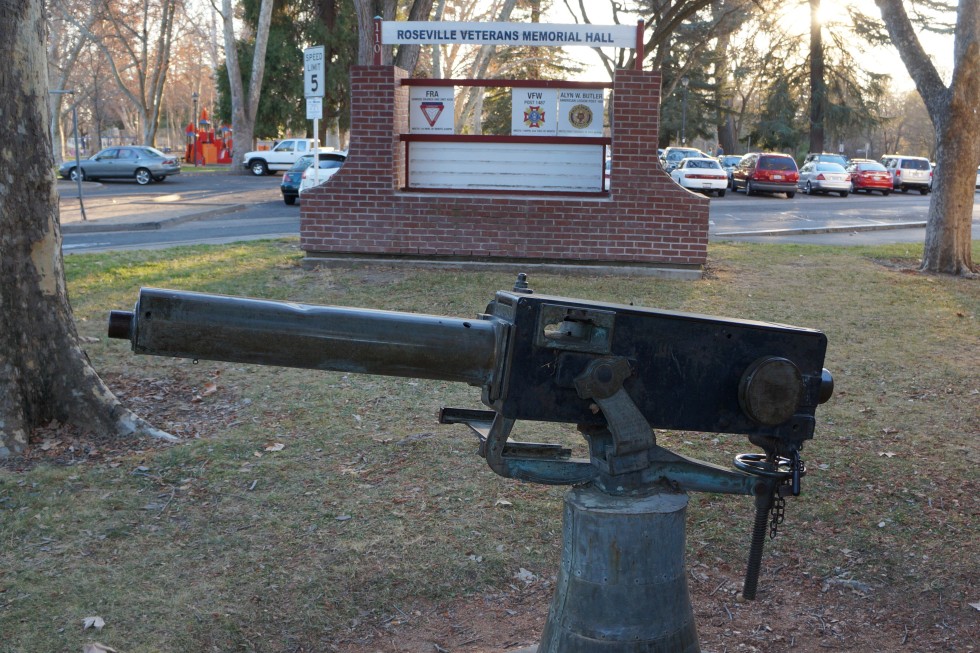 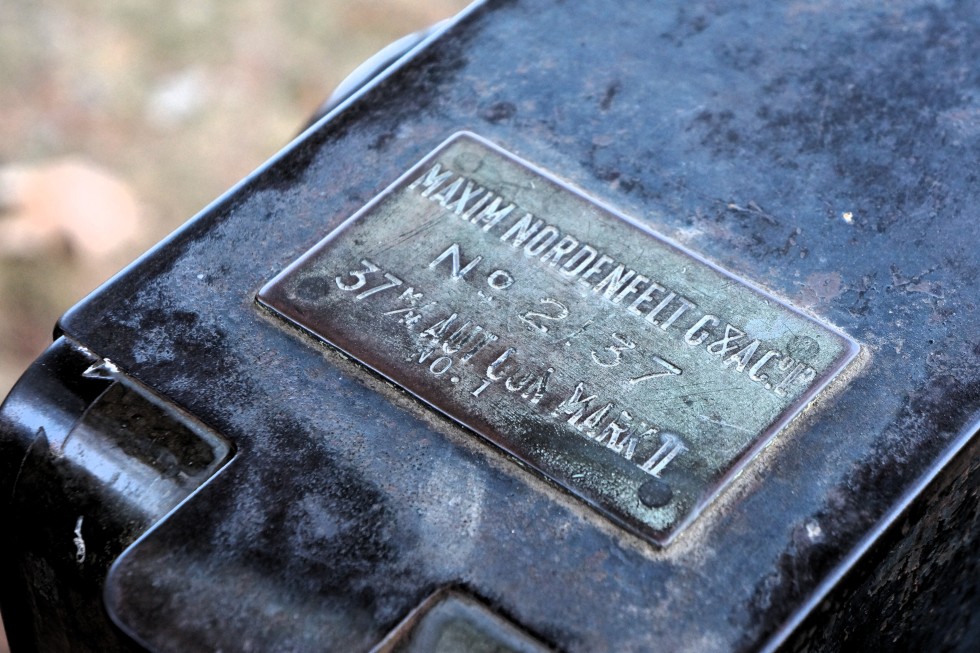 These twin breech-loading guns below look even older than the Maxim-Nordenfelt but no plaque was attached. 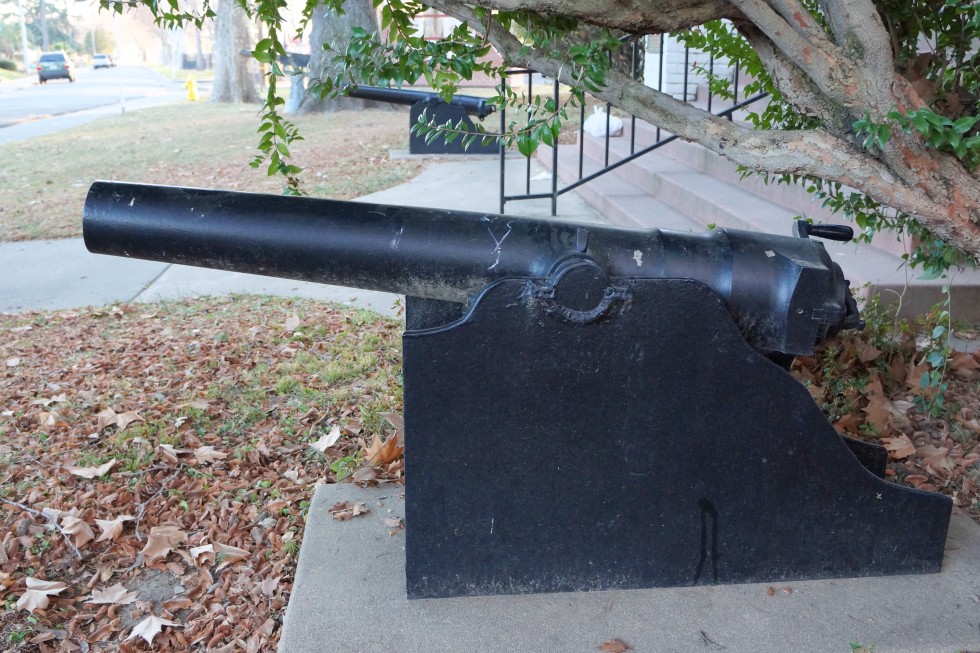 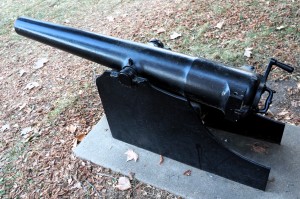 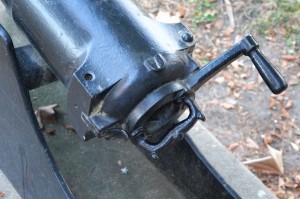 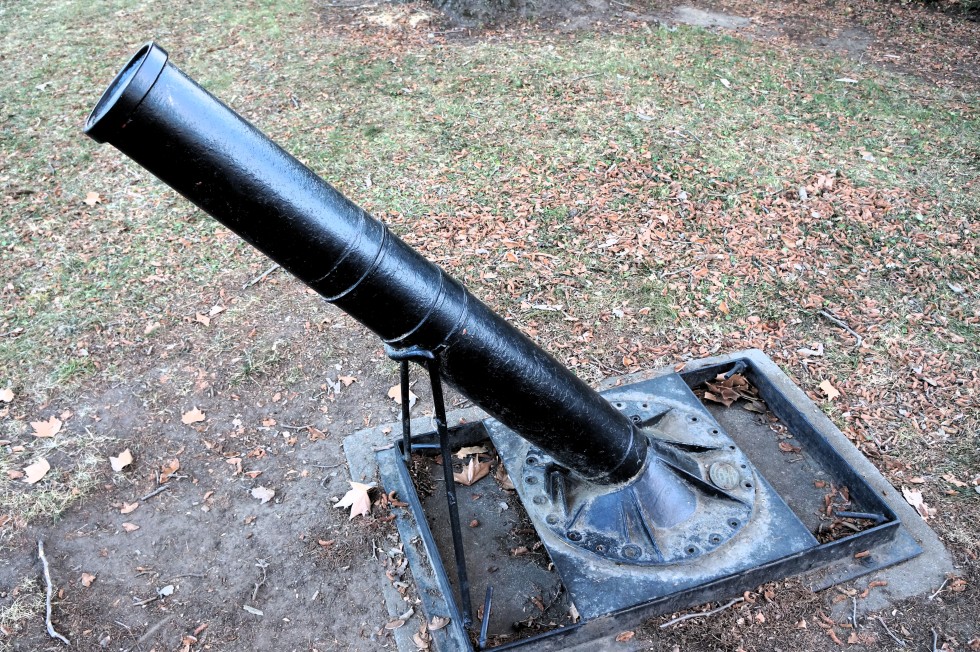 Looking no more deadly than a piece of sewer pipe, the 1918 6-inch trench mortar could loft high explosive bombs from high overhead and rain them down behind walls and into trenches and foxholes. Mortars were the most feared of the VC weapons. 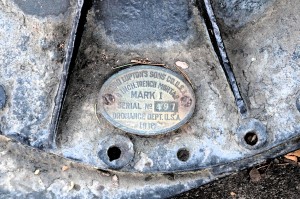 To complete the military theme, here’s most of a WWII era “Quonset hut” across the creek from the artillery. 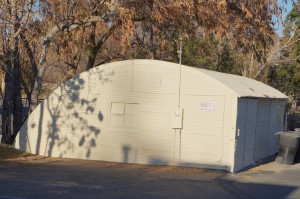 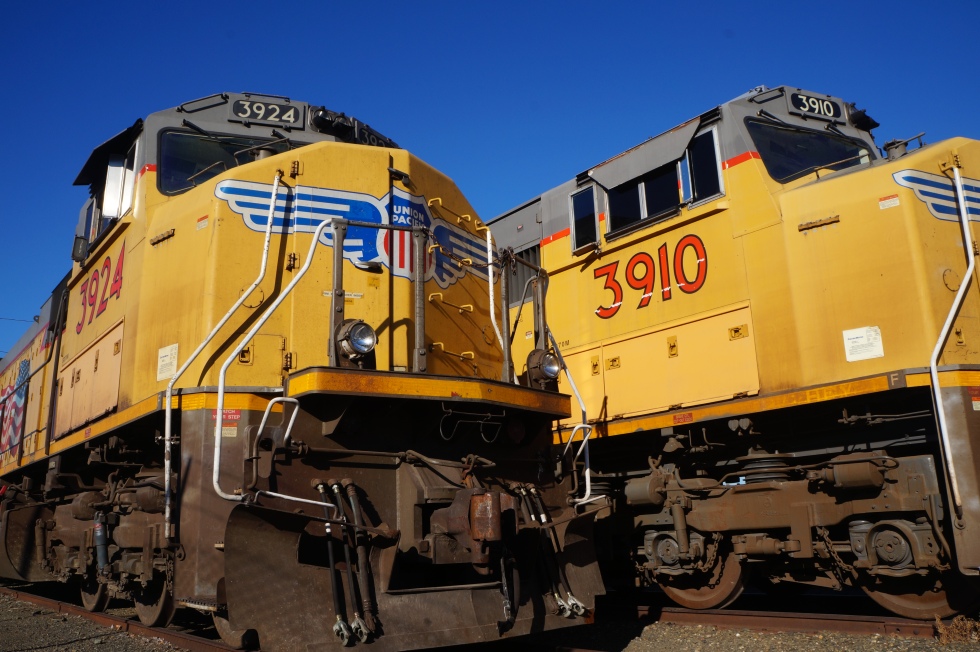 This is the icon of Roseville, Southern Pacific’s mighty locomotives. Repaired and maintained here, when running-in they are operated at high RPM for many hours adding to our noise and ‘diesel plume’ air pollution; but the smell of ‘bread and butter’ to the SP families. 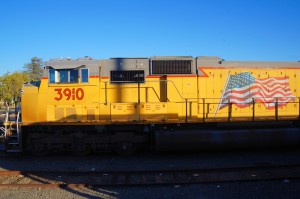 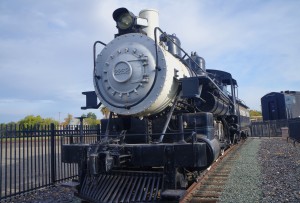 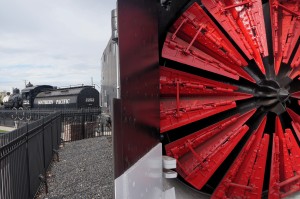 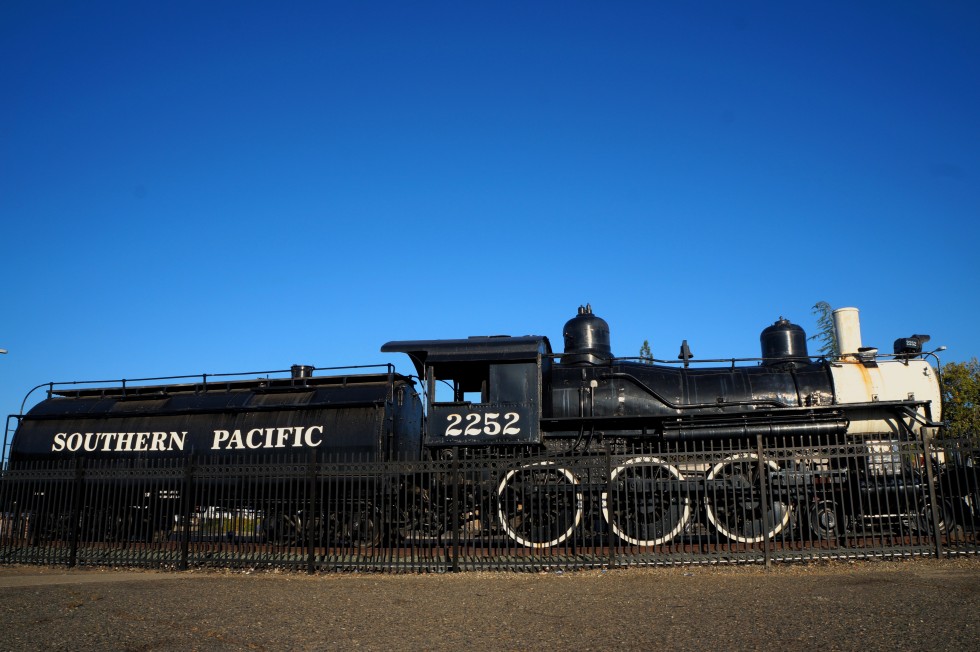