This Mosin–Nagant M91/30 caliber 7.62X54R Russian ‘3-line’ service rifle is dated 1942, the decisive year of WWII. My brother gave it to me around the turn of the last century and I believe they sold then for around $70-90USD.

Long-serving barely covers it. This 1891 battle rifle is still serving snipers in many areas, easily able to kill and wound at 1,000 meters (yards). It was feared in Vietnam.

Short straight bolt handle was replaced on sniper rifles by turn-down bolt handles that could clear the low-power telescopic sights in use.

The sniper conversation rifles were chosen because they range-fired most accurate.

This shows the canvas sling. I never collected the long bayonet but Russian troops seldom detached it; the weapon was zeroed with it attached; and no scabbard, frog or sheath was issued. 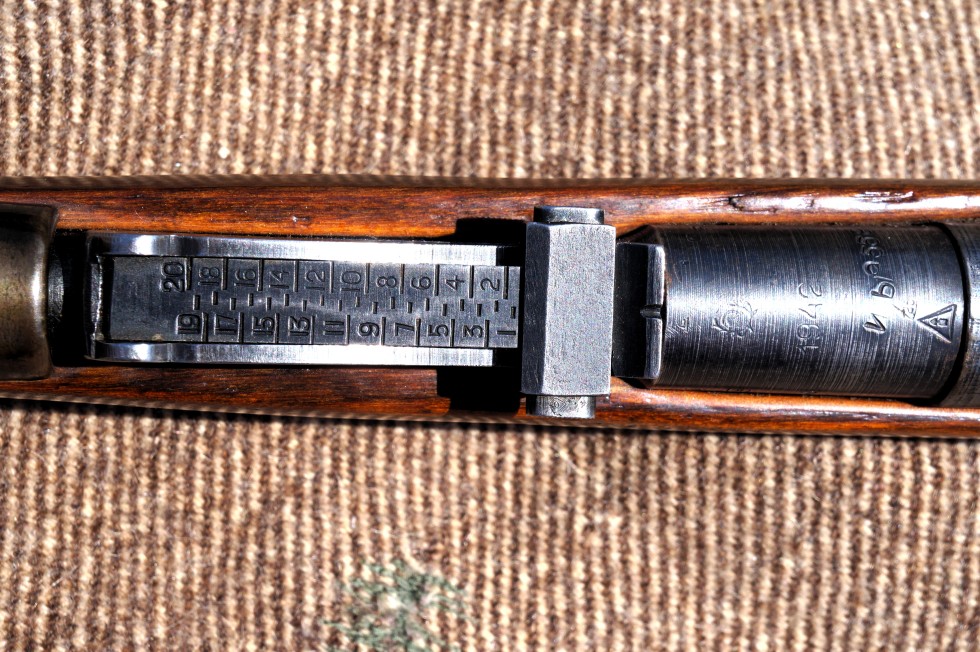 Dated 1942, the year of Stalingrad, the triangle plus up pointing arrow proof mark means it was manufactured at the Tula arsenal.

Per Wikipedia, [the 1941 Nazi invasion caused Tula to be evacuated East]”…As a result, far fewer weapons were produced there than at other Soviet factories such as Izhevsk Mechanical Plant. Consequently, Tula weapons of World War II are considered more valuable by collectors.” 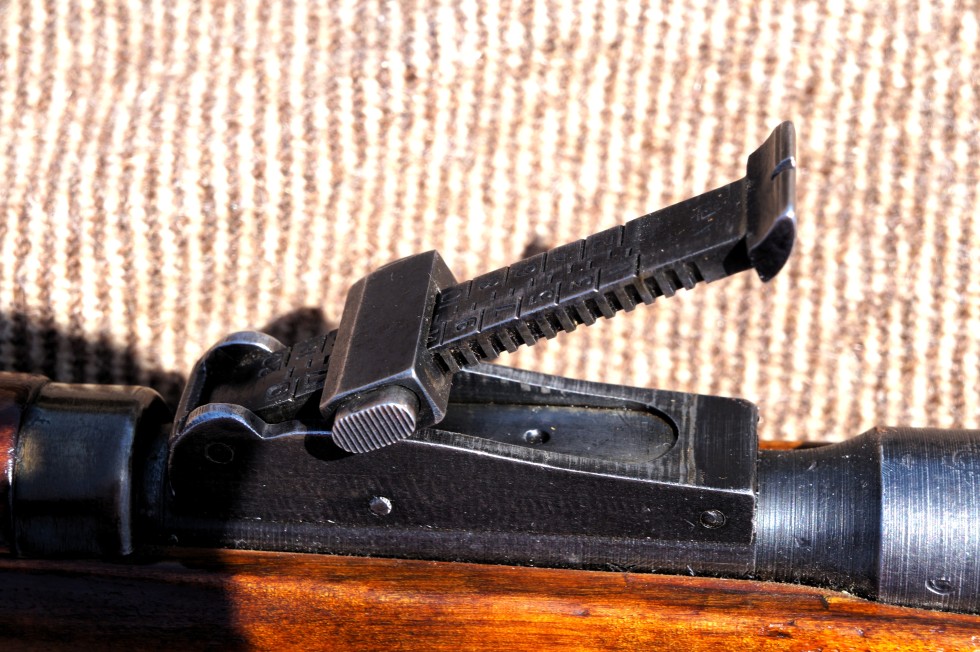 Heavy at over 10 lbs with steel butt plate, it kicks the shoulder like a 12-guage shotgun. The straight semi-pistol grip stock soaks up no recoil, directing it all back.

These standard rifles have zero collector value so I was happy to use black crinkle paint on the butt plate, Verithane on the orange-stained birch stock, and cold-blue on rusty steel parts. 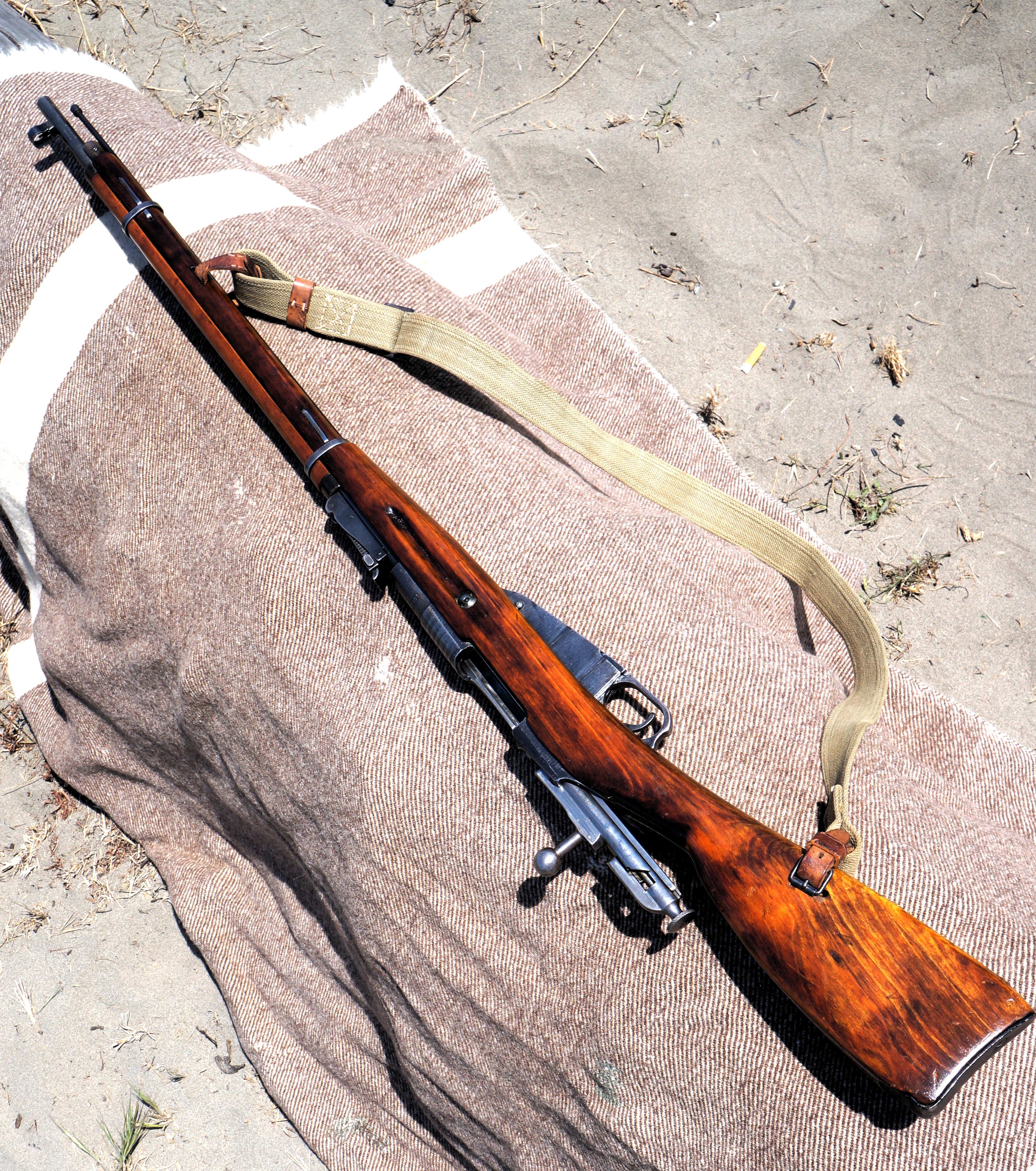 The innovative chrome plated bore, chamber and bolt meant it was rust free and accurate despite corrosive commie ammo and clueless peasant soldiers and armorers.

I traded this rifle for a $100 half-share of a guitar in a Eureka, California, pawn shop so it’s a sword into a plowshare-plus $100 simoleons.

Goodbye Mosin-Nagant, the music you make is not so sweet as a vintage 1982 Ovation guitar.