Near the Nevada gold rush ghost town of Rhyolite and five miles (8 km) outside the Death Valley national Park boundary is the Goldwell Open Air Museum.

This free outdoor sculpture park and artist center displays an interesting collection of sculptures and installations.

The art site was founded following the death in 2000 of Albert Szukalski, who created the original plaster and burlap pieces Ghost Rider and The Last Supper here in 1984.

Lady Desert: The Venus of Nevada by Dr. Hugo Heyrman.

In the 1990s, Hugo Heyrman added Lady Desert: The Venus of Nevada, a cinder block sculpture in part based on the idea of the pixel. Wikipedia

Self portrait of the artist? 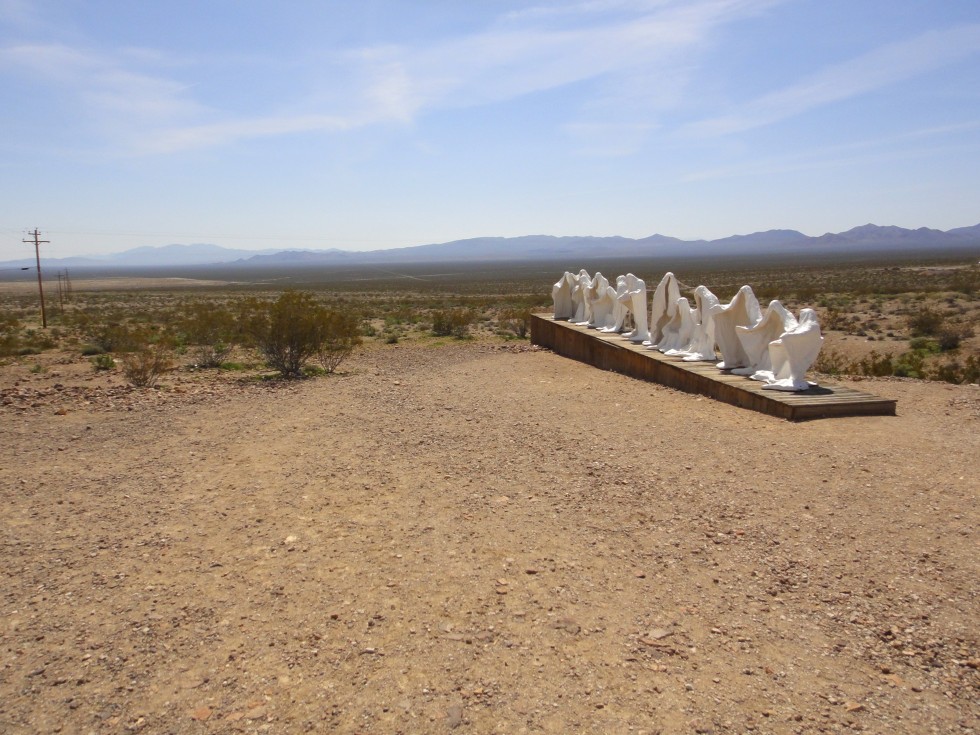 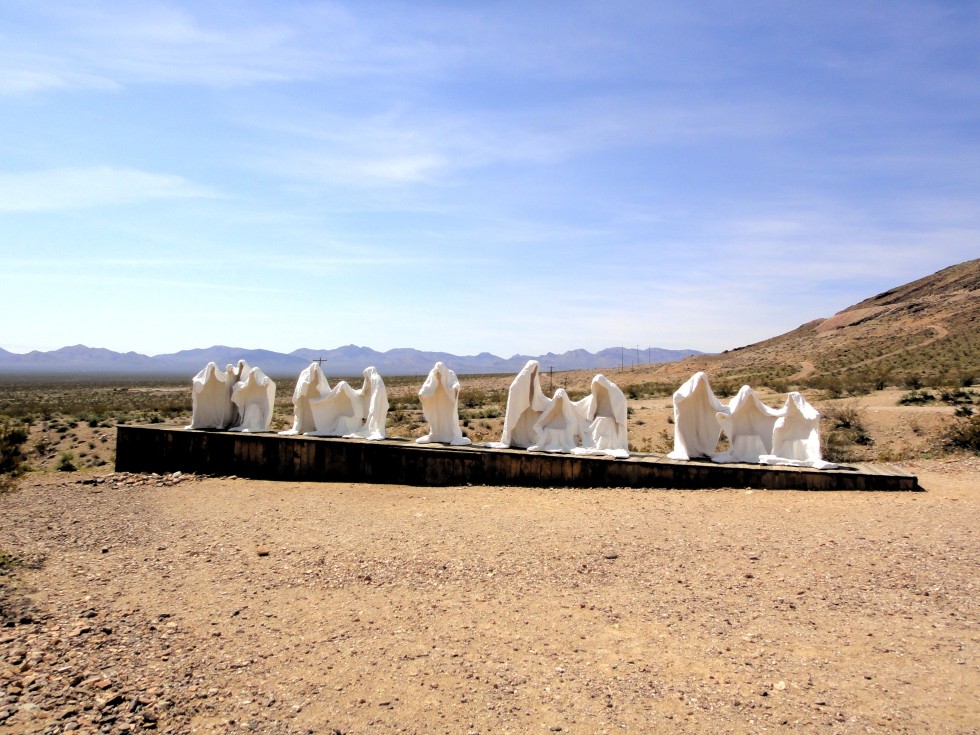 Szukalski molded his shapes by draping plaster-soaked burlap over live models until the plaster dried enough to stand on its own. 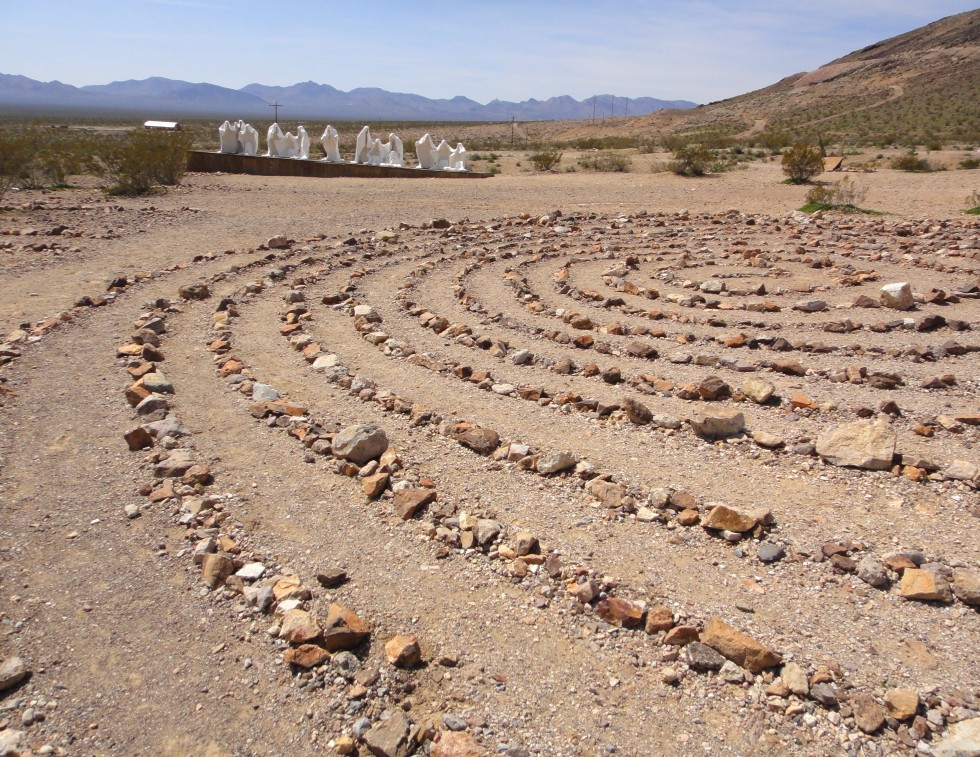