My poor old van got as far as Dunsmuir and did it’s customary fade, stalling until pointed back down the grade and the temps cool. So no flying for me and a nerve wracking drive back 180 miles.

The soccer mom van from 1995 has let me down once too often at 140,493 miles. I learned to love it after I inherited it, spending $3,000 or so on it in the last few years, installing trailer hitch and roof rack too, all to no avail. It runs just fine if NEVER taken out of the valley. But I can’t live with that, man. And I just bought it new rear tires yesterday!

I must say the people of Dunsmuir and Mt. Shasta City were as nice as they could be, the pretty waitress at Yaks at 5 cafe who let me use the wifi, Tony the mechanic who listened to my plight, the muffler shop man who tested and assured me the catalytic converter was NOT the problem, and the nice lady who served me a tasty mushroom burger.

Thanks so much for helping me, people of the State of Jefferson. So it was an expensive failure but at least a ‘tipping point’ since I’m selling the van on CraigsList tomorrow.

The FAA has not sent me my Sport Pilot Student license yet either. The FAA is not your friend. Contrary to what you may hear, the FAA Flight Standards District Office will NOT issue you a student licence.

Like private industry, the FAA has off-shored licensing to a contractor, IACRA, just as bureaucratic and boneheaded as the FAA, and even slower. So set up another ‘account’ with another password, get online and do it all for yourself at no labor cost to FAA. Good thing we do all the work because the FSDO office in Sacramento is a ghost town, and the receptionist is ‘new’ and didn’t know a thing. So I could not have soloed in Oregon because I still lack the piece of paper. 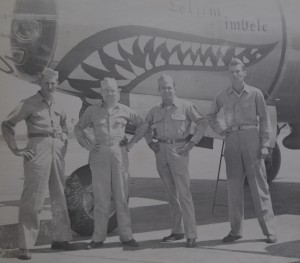 You have to use another private contractor, CATS, to take the FAA written test, now called the ‘Knowledge Exam’ since it’s done with a computer.

You pay $150 for this privilege, since all pilots are rich. I passed with a score of 88%, not that hard since I’ve probably taken the same test three or four times since I started flying lessons in 1968.

I have over 60 hours, enough for, in theory, a Private Pilot license much less the measly and limited Sport Pilot license which, in theory, I am trying to pass. But really I just like to fly little planes and I usually like having the instructor along. And the Ercoupe has always been a favorite of mine, though I’ve never flown one. In fact I’ve never flown any low-wing plane so I was looking forward to it.

And it makes no difference if I have a Sport Pilot license either since I don’t have an airplane or the money to buy one. But maybe some day I’ll build one and then I’ll have to pass the test. I’ll reschedule the lessons and rent a car next time. The van is history, it’s dead to me now, after all these years.

UNLESS OTHERWISE NOTED, TEXT AND IMAGES WERE PRODUCED AND COPYRIGHTED BY TODGERMANICA.COM AND ARE FREE FOR NONCOMMERCIAL USE WITH ATTRIBUTION. ANY ADVERTISEMENT YOU SEE HERE IS CHOSEN, PLACED AND MONETIZED BY WORDPRESS. I AM NOT CONSULTED NOR COMPENSATED.

One thought on “Why I’m Not Flying”