This first section is B-24 Liberators, probably from the US 15th Air Force based in North Africa in WWII. They are camouflaged, modified and individualized with sexy nose-art and mission markings. This was Uncle Eddie’s outfit but we don’t know much about his service. 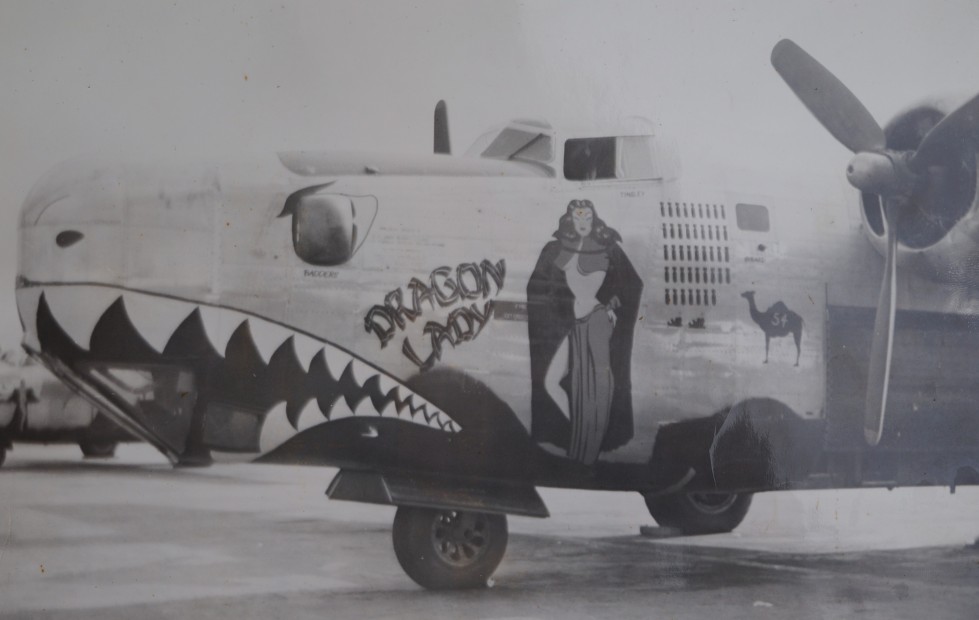 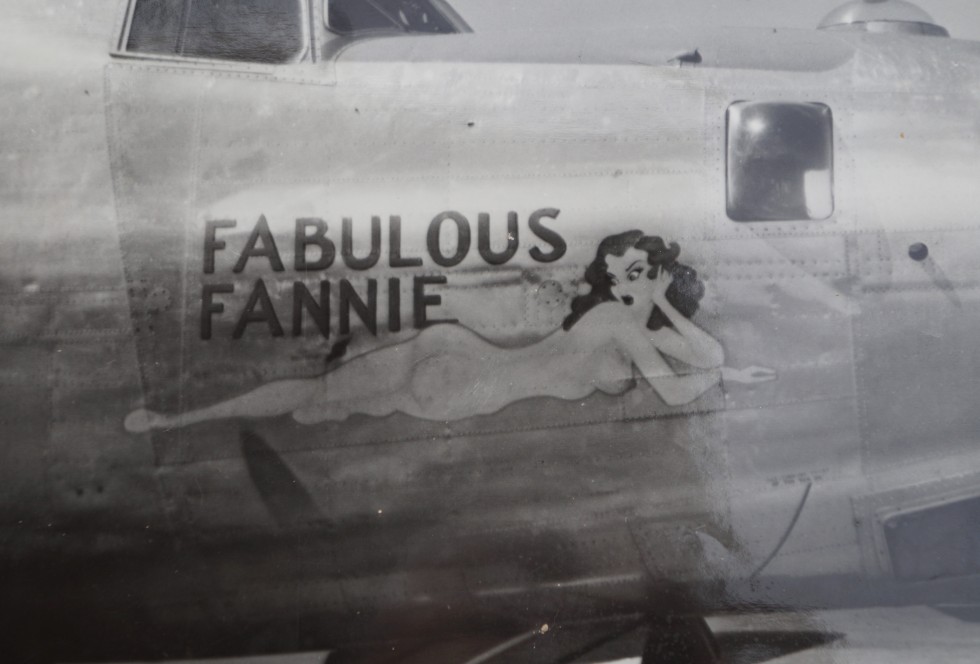 Lassie, I’m Home. Must have meant something back then. No belly camo here, front turret but no guns fitted. 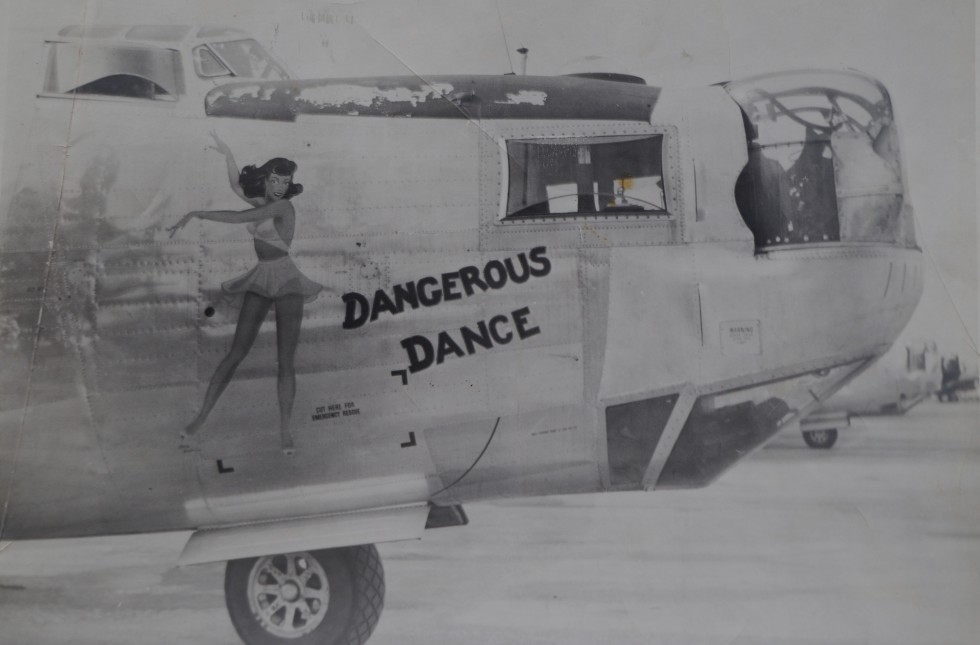 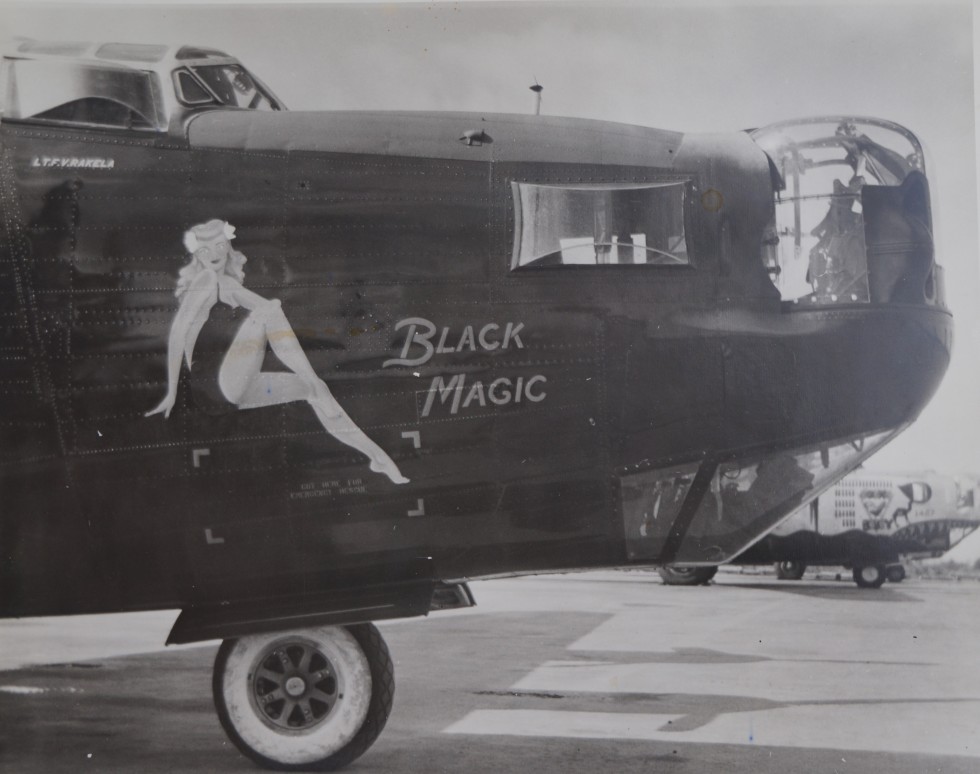 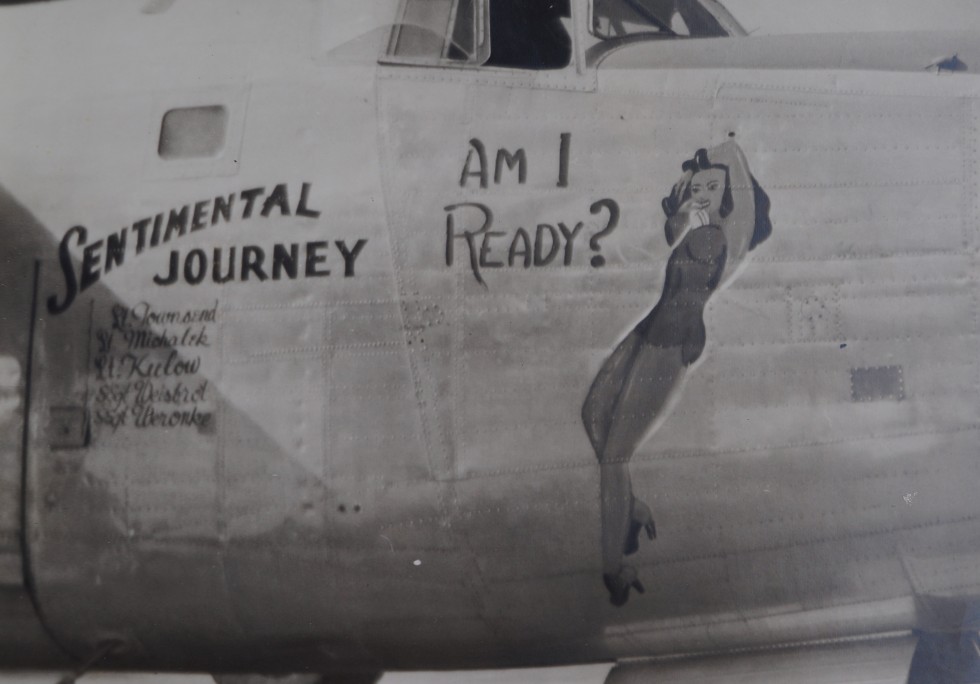 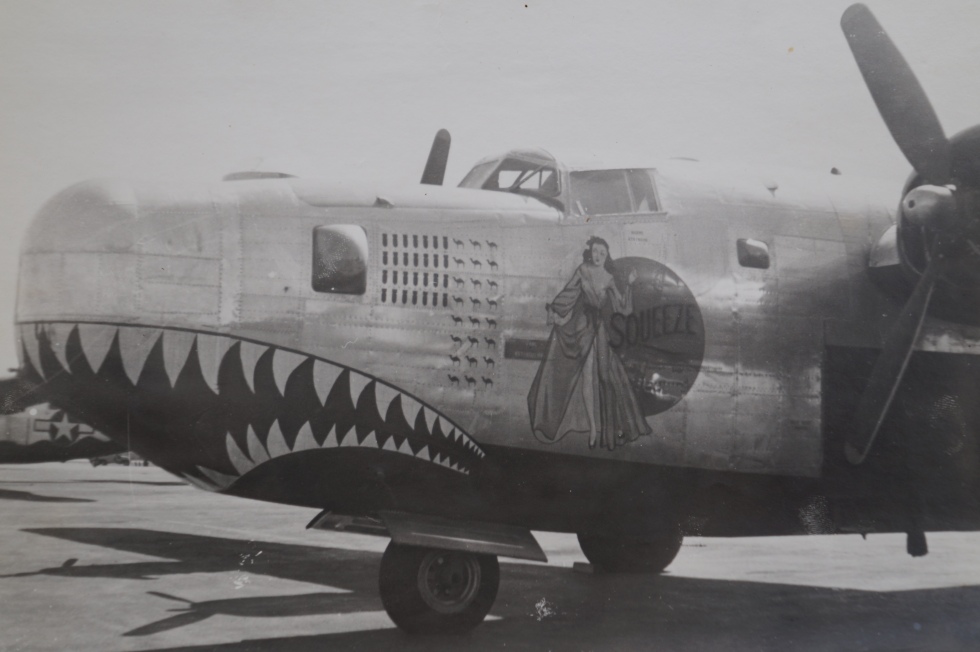 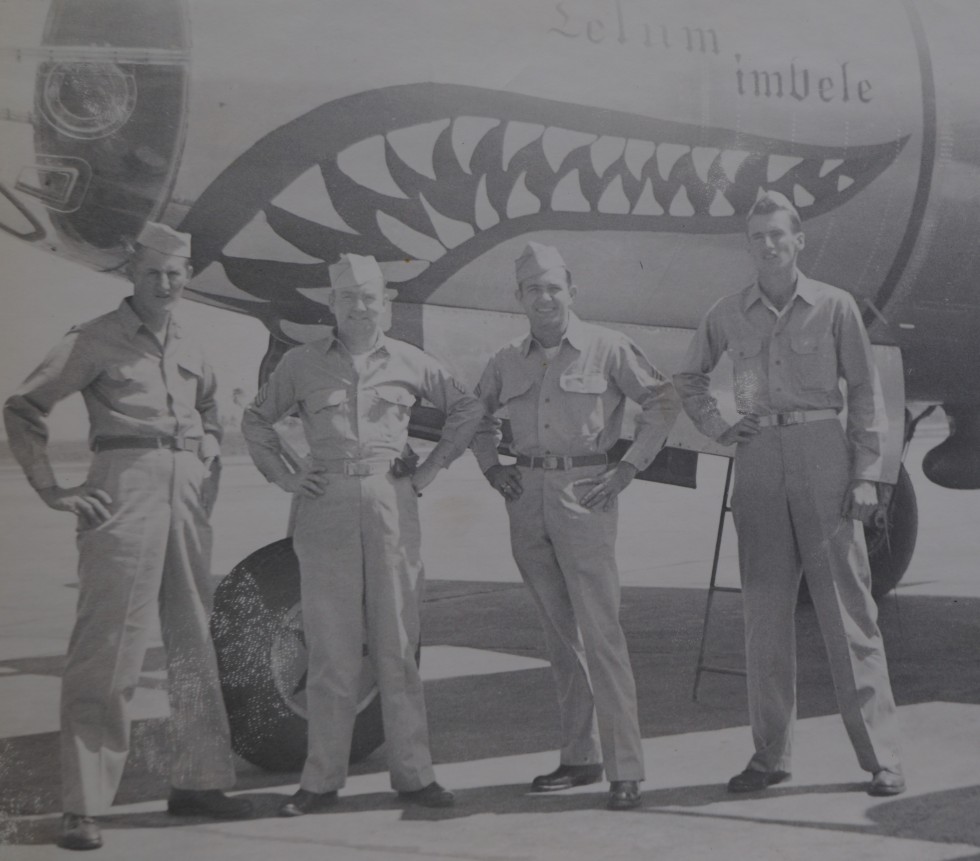 Selum Imvele, whatever that means, is a B-26 Martin Marauder with shark’s mouth. Buck Sgt. Edward Whalen is 2nd from left with sunglass case on belt and three stripes. 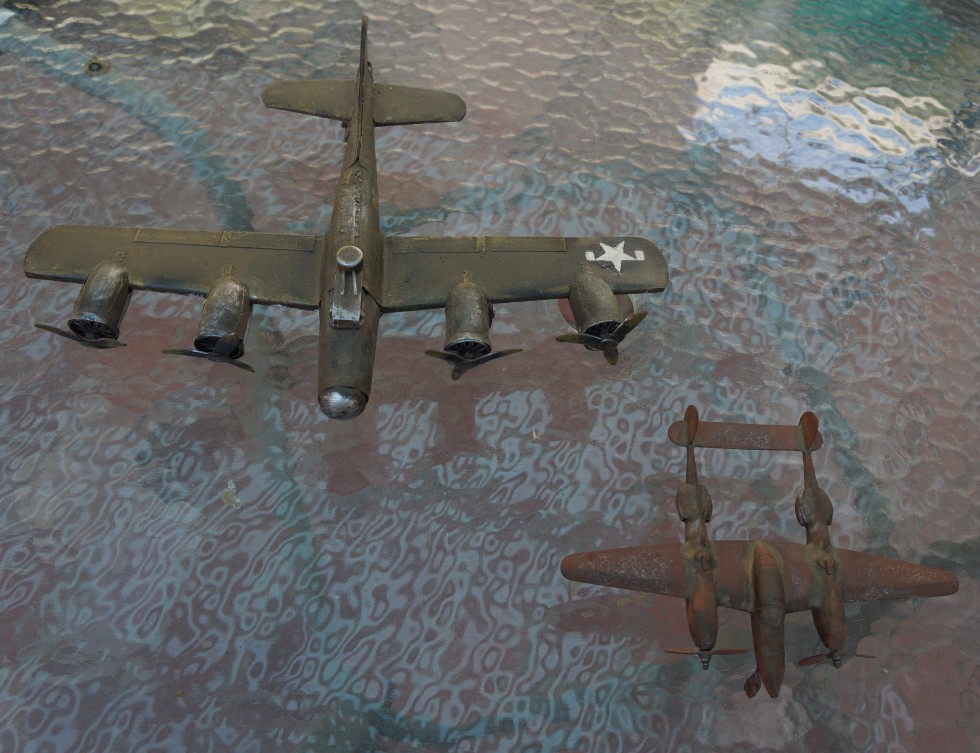 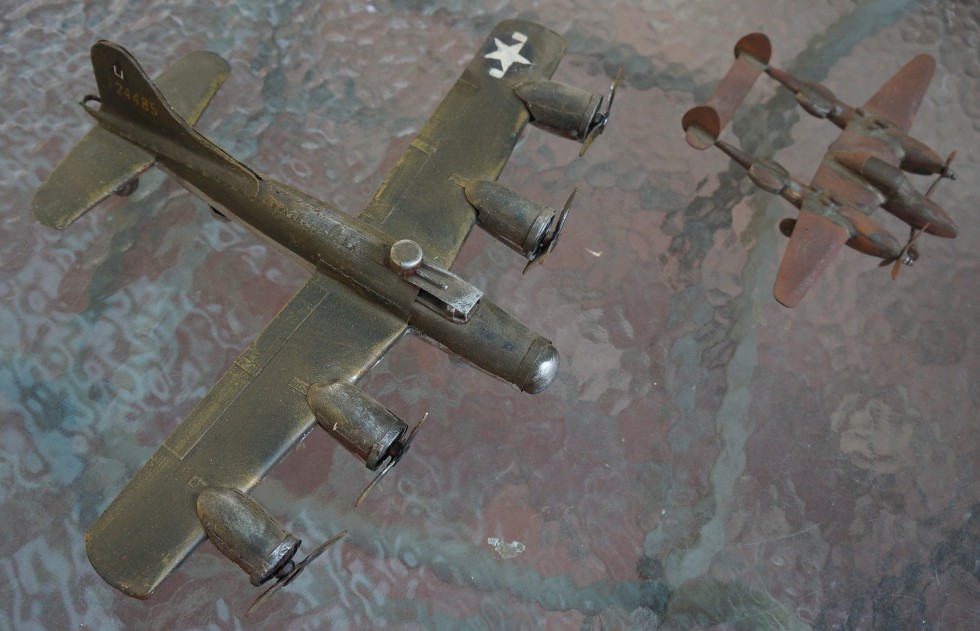 Successful landings were achieved by all aircraft and all crew members were rescued from the ice. 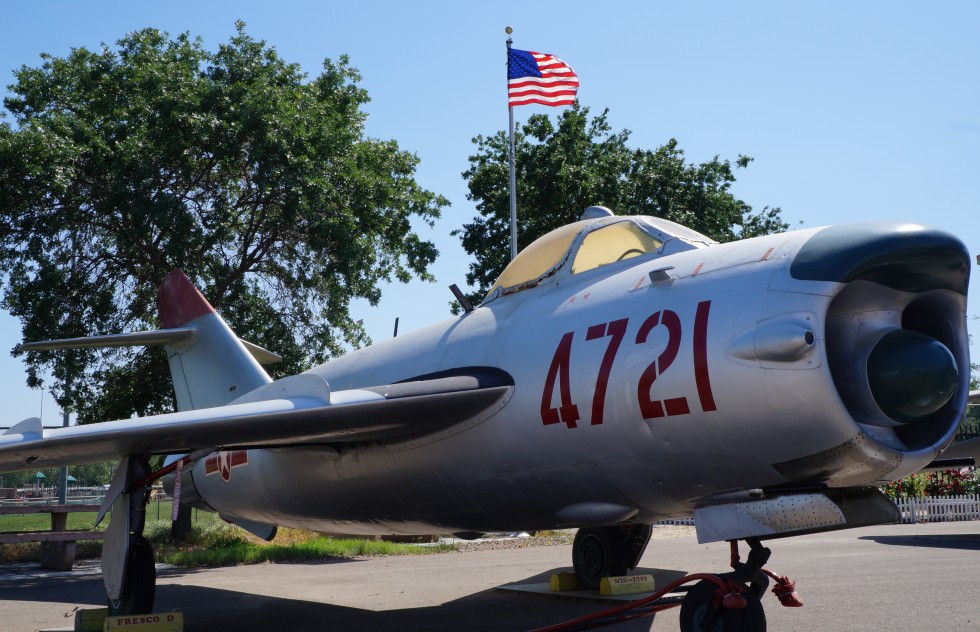 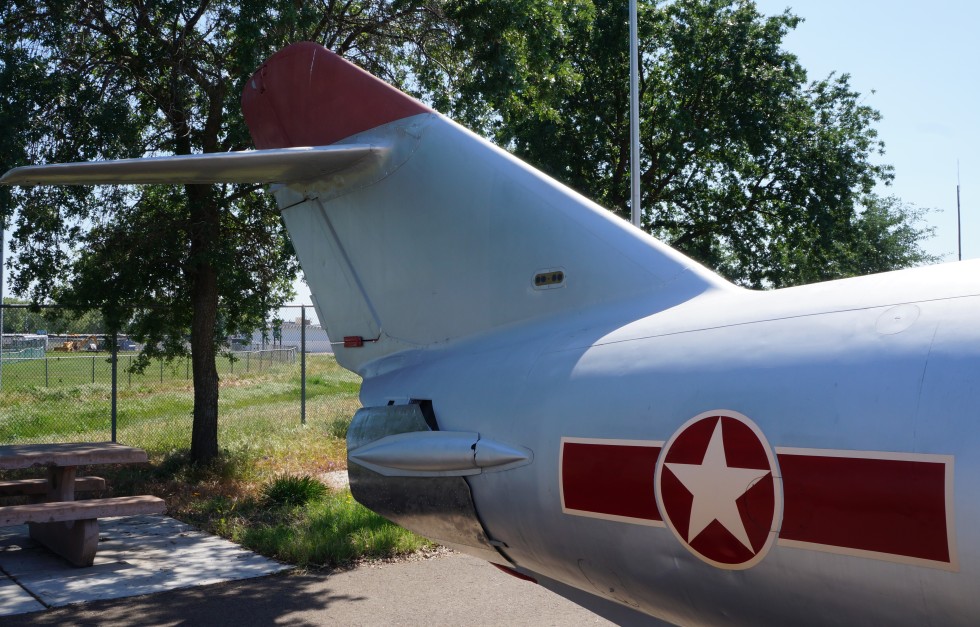 Mig-17PF, ‘Fresco D’. Was it a coincidence that the North Vietnamese national aircraft insignia looked eerily like the US Star and Bar? A cheap little hotrod of a jet, turning rings around bomb-laden F-105 Thuds, shooting down and damaging them with heavy canons and making them jettison munitions. Great for hit and run guerrilla air wars like Vietnam. 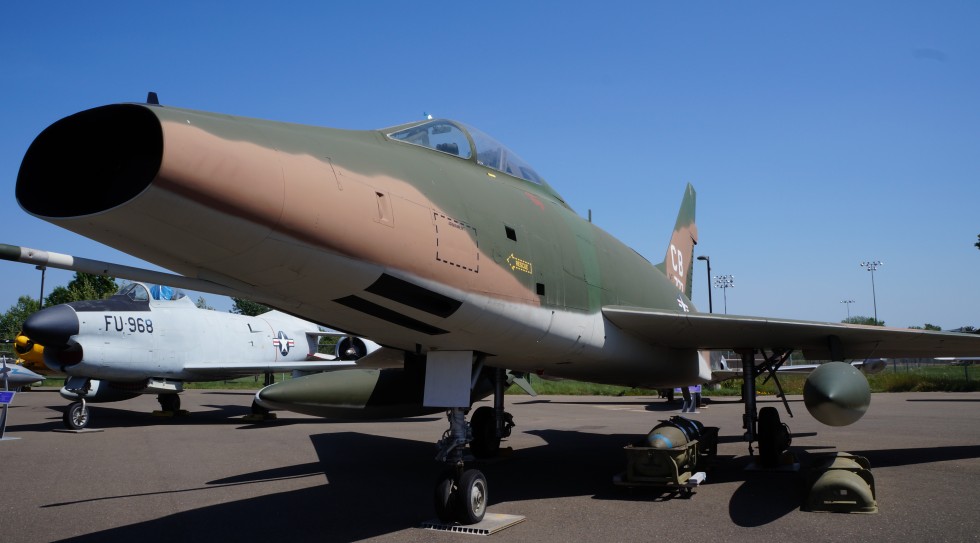 F-100 Super Sabre, The Hun, with F-86D all-weather Dog Sabre behind. For a few seconds you might think the Mig-17 was a Hun joining formation with you. 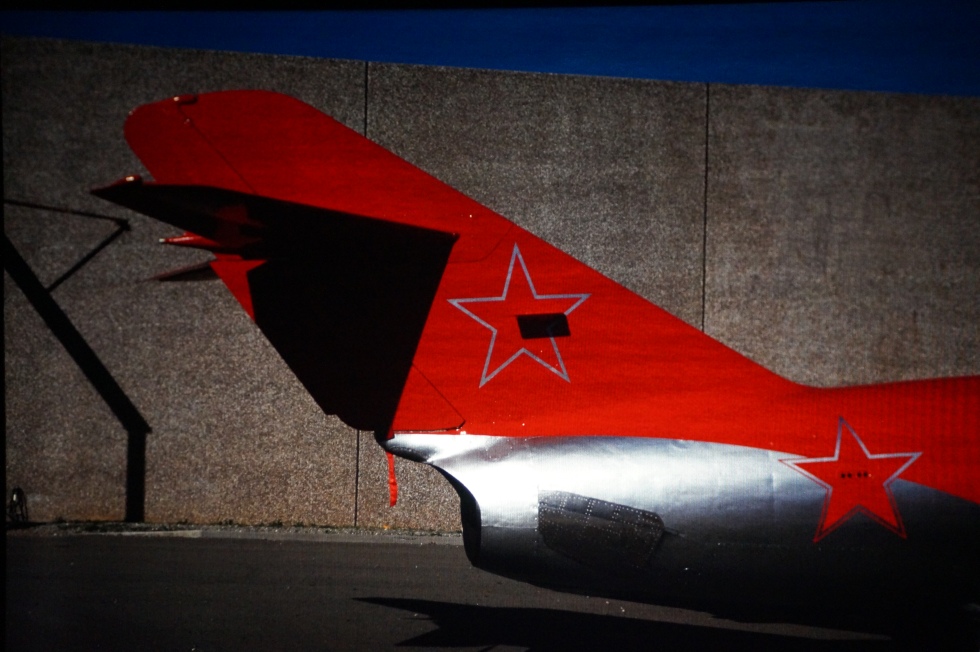 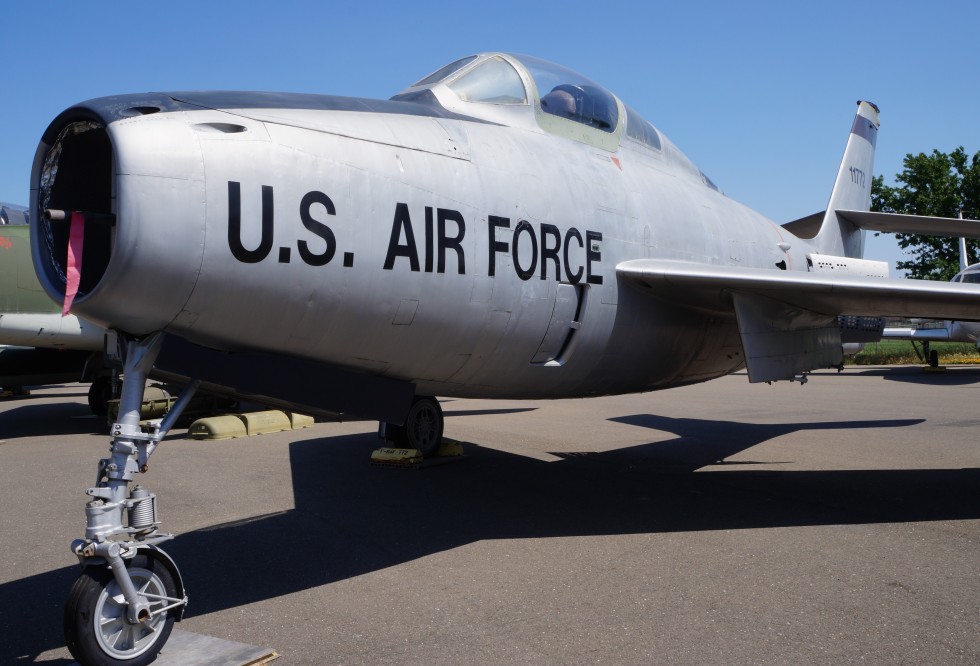 Republic F-84F Thunderstreak, a long-serving 1954 development of the earlier straight-wing F-84D and F-84E, Thunderjet, which proved quite useful for ground attack in the Korean war. 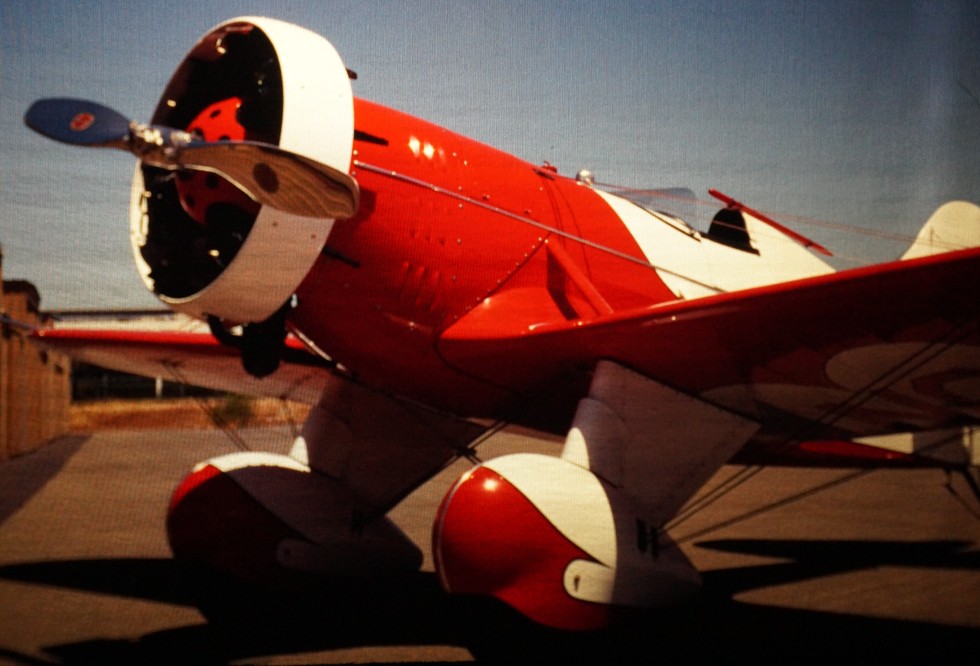 Recreation of a Granville Brothers GeeBee Sportster, shot at Lincoln Harder airport (LHM). It looked about as hard to fly as the originals. Slides projected on screen and photographed for the vintage look. 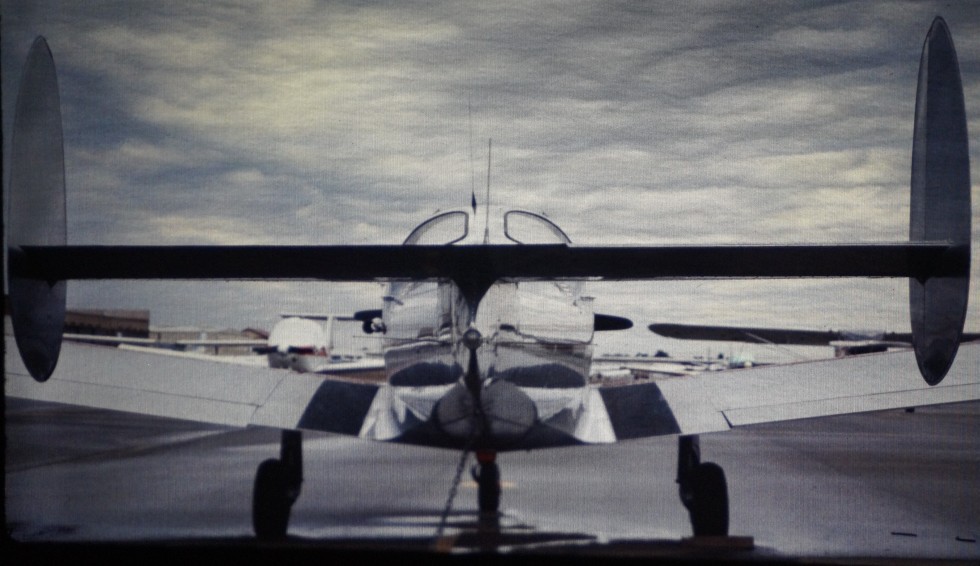 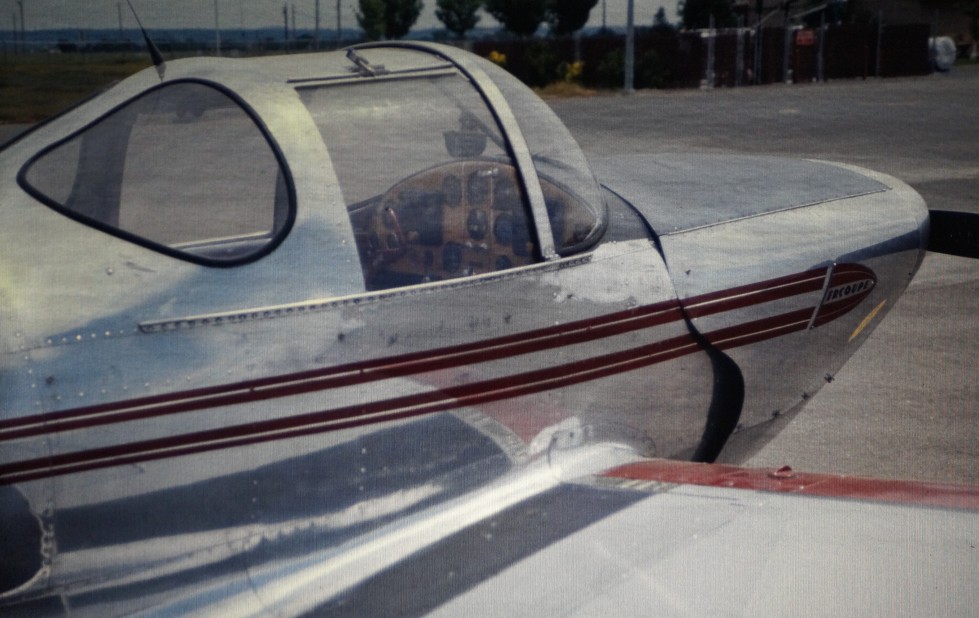 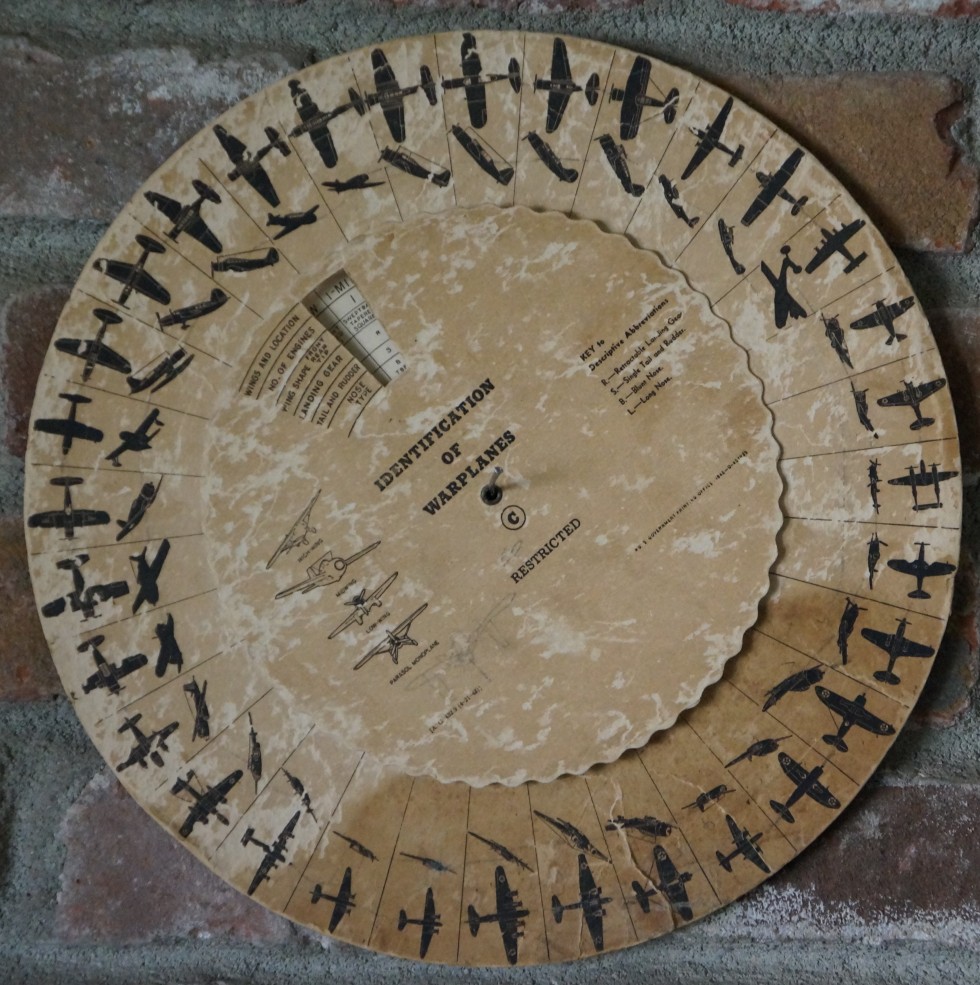 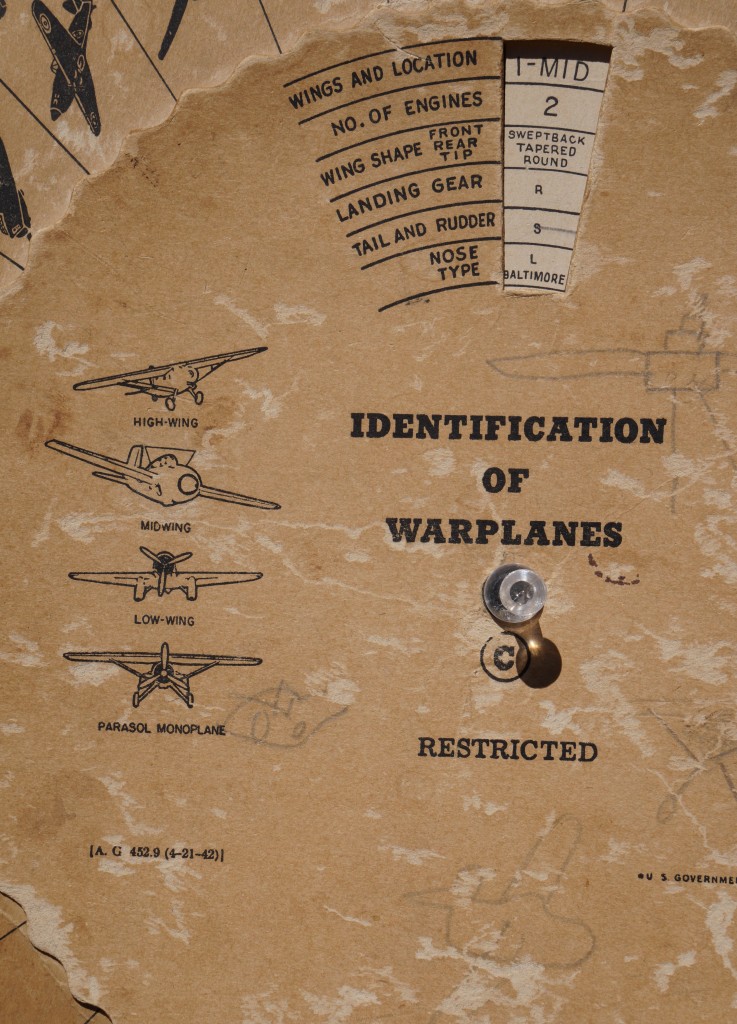 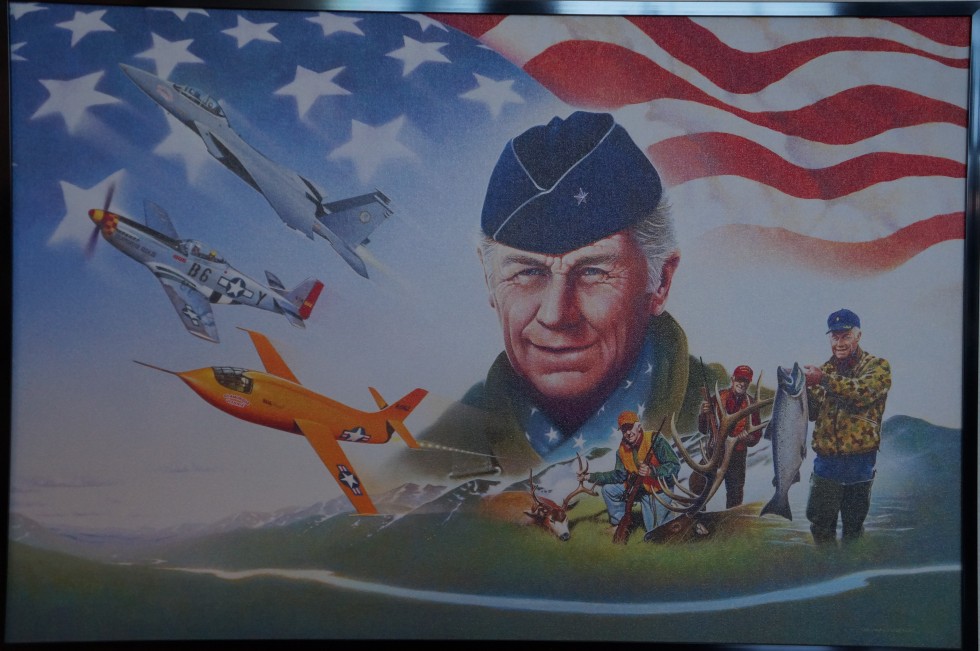 Thankfully I missed him at the air museum.

All text and images copywrited by todgermanica and free for noncommercial use with attribution.
Advertisements placed by WordPress, I’m not consulted nor compensated.