Bought as a retirement present to myself in 2010, I dragged my Sony Cyber-shot DSC-TX5 underwater/shock-proof camera from Death Valley to Lassen Peak to Big Sur to the beaches and under the waves of Hilo. It cost over $400USD with spare battery, soft CaseLogic case, 32GB SD card and spare 8 and 4GB cards.

The fine Carl Zeiss Vario-Tessar lens is plenty sharp enough for web or general use and while the sealed clamshell design limits zoom range to 17.7-43mm, it makes for a quite small and lightweight camera at 128g (4.5oz.) With 10-megapixel Exmor R CMOS low-light sensor and super SteadyShot optical image stabilization, it records sharp 720p HD video with stereo sound and HDMI output as well.

It’s tough, waterproof to 10 feet (3m), shock and cold-proof, it’s still shooting images for me in 2016, albeit mostly blindly in bright daylight because of the worn 3 inch (76mm) view screen. I won’t buy another touchscreen camera until the screens get tougher. And this one is not that responsive either. I wore out the screen carrying it, touch focusing with dirty hands, in the surf in Hawaii, etc. 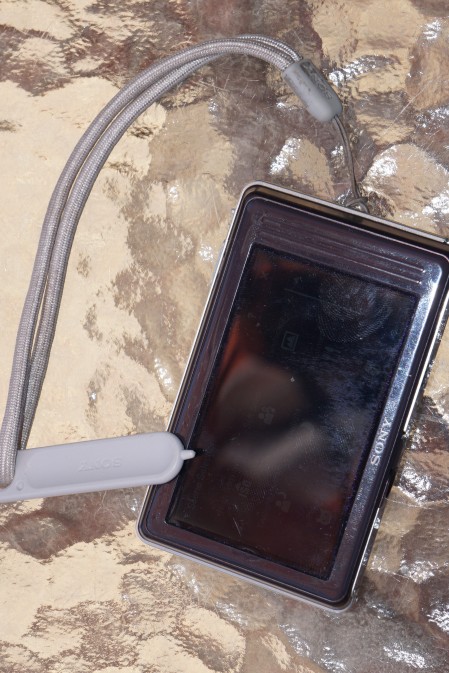 I’m ashamed to say this camera has more exposure modes, special effects, burst modes and magic tricks than I will ever understand. I love automation and take 99% autofocus and auto-exposure, and about 80% at full wide-angle which is wide with the TX5. I shoot lots of images and edit out almost that many. Good photography is a science: great photography is an accident.

This is the golden age of amateur photography, take as many shots as you have time to edit since pixels are cheap. View the pics and take more if you didn’t get the shot. Change angles and shoot more, bring a spare chip and spare charged battery. Use the lens hood for less flare-unless you like flare.

Though the Sony’s lens was a compromise on focus and exposure between aquatic and dry land use, in practice it was plenty sharp enough for blogging. Gone are the days when an Ektachrome slide needed to project on to a large screen, most people probably view your blog on a mobile phone so almost any camera will do and many good phones and tablets too.

I loved using it for blogging, underwater, camping, biking and walking the dog. But nothing lasts forever and the TX5 took a lot of fair wear and tear in the last 6 years. I still carry and  use it and except for the flash it still functions-but in bright sunlight you have to shoot it blind because of the worn screen. 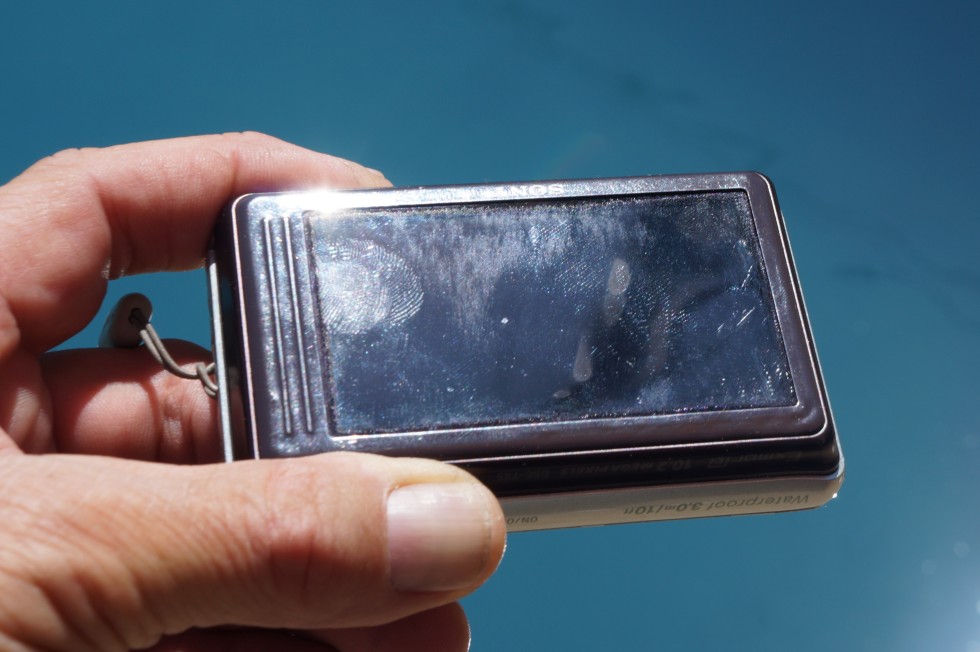 Many of the shots on my blog continue to be taken by this very old and battered underwater camera. But I wanted better, so I recently bought another Sony, the mirror-less Alpha 3000 with large APS-C sensor and small zoom lens. More on that later.

Text and images by todgermanica. Free for noncommercial use with attribution. I’m not paid for any ads.