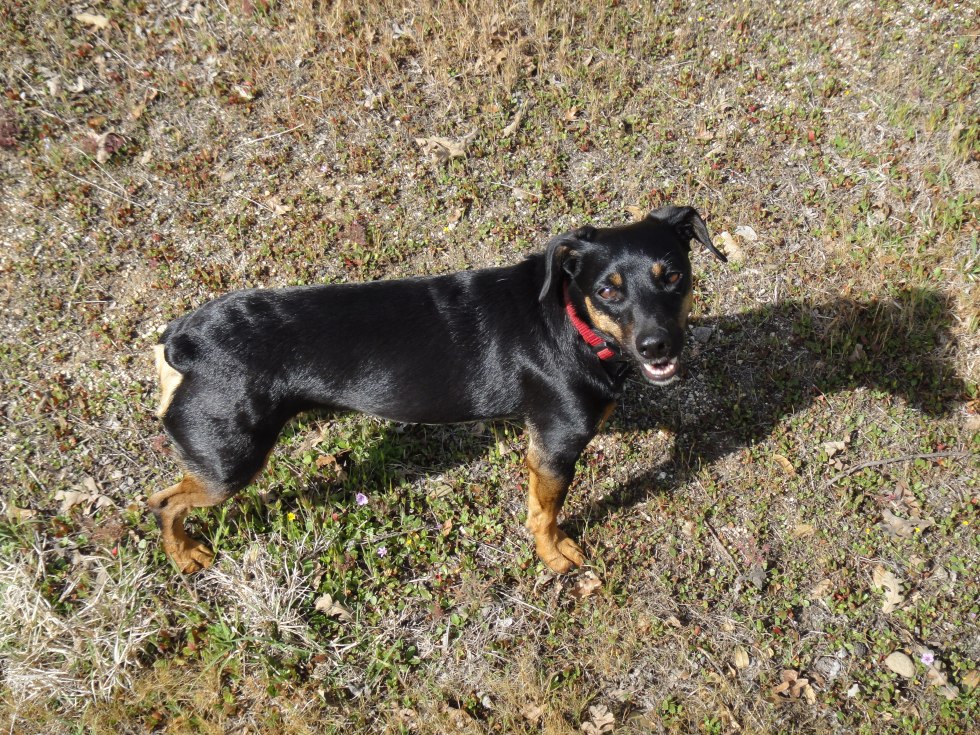 Ollie was a Bay Area street dog and the street took him back-hit and run.

He lived with my daughter and her boyfriend for seven years after they adopted him from the pound. 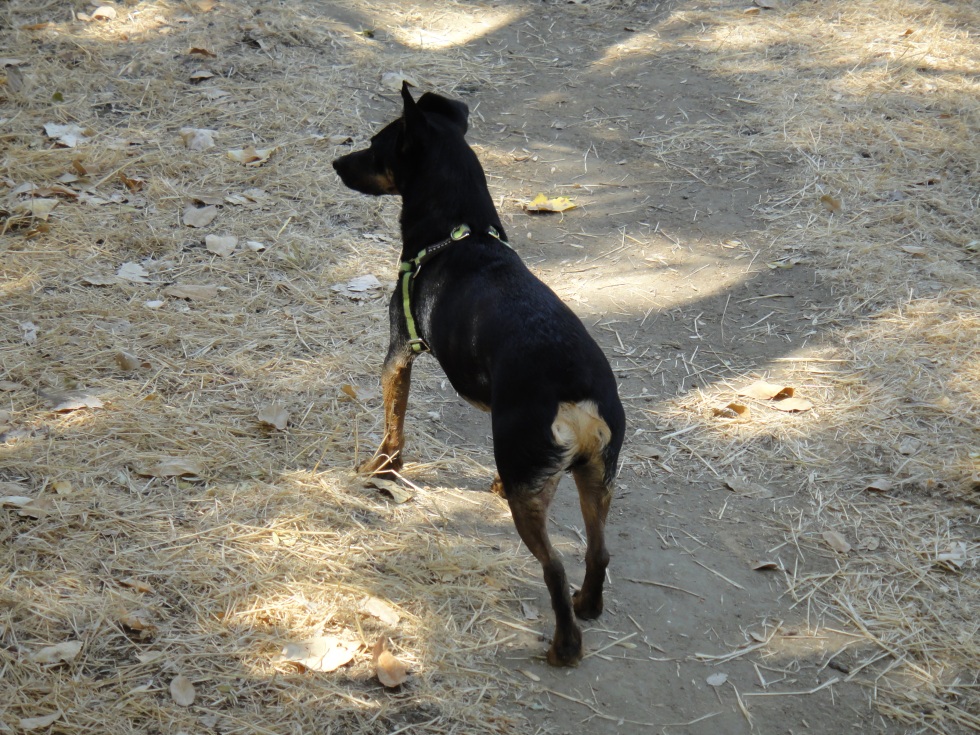 When you live in a Tenderloin flat the size of a walk-in closet it pays to be small.

During Ollie’s suburban vacations in Roseville he got to be Top Dog for a change lording it over Gertrude, Queen of Denmark. 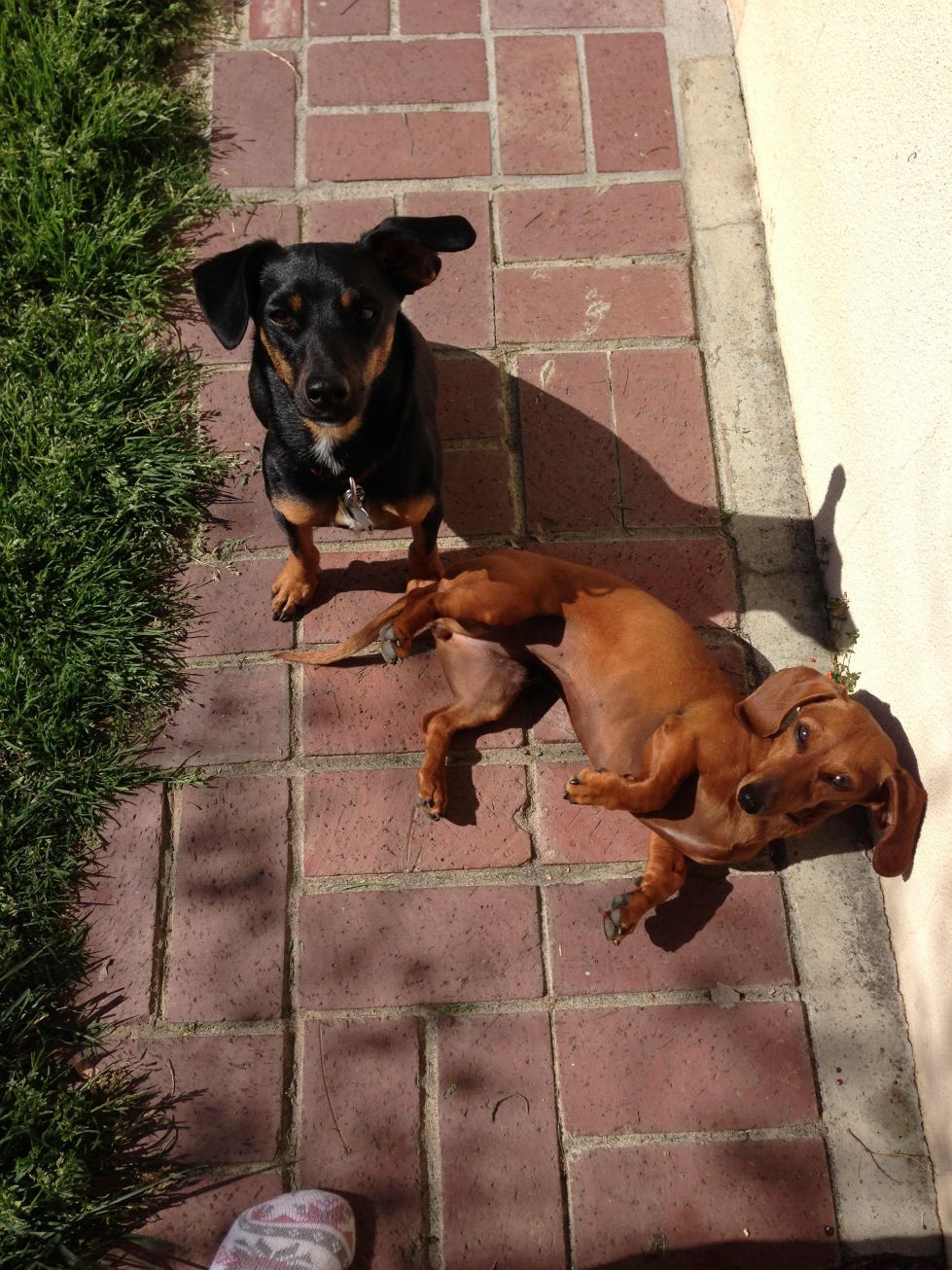 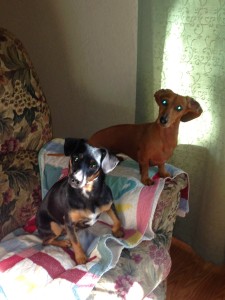 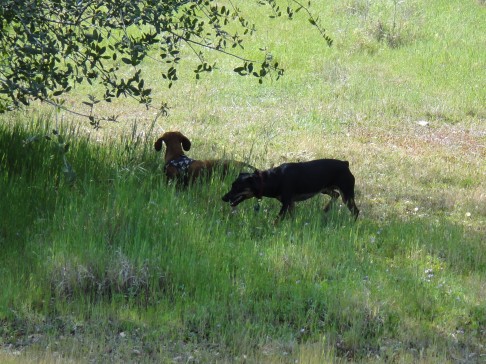 In the rough-and-tumble it was as often Gertie starting the ruckus as it was Ollie.

Ollie was a polite dog, never snatching treats from your hand and carefully sniffing them before eating. This cost him lots of treats around old Gerts who will snap off your finger if hand fed carelessly. 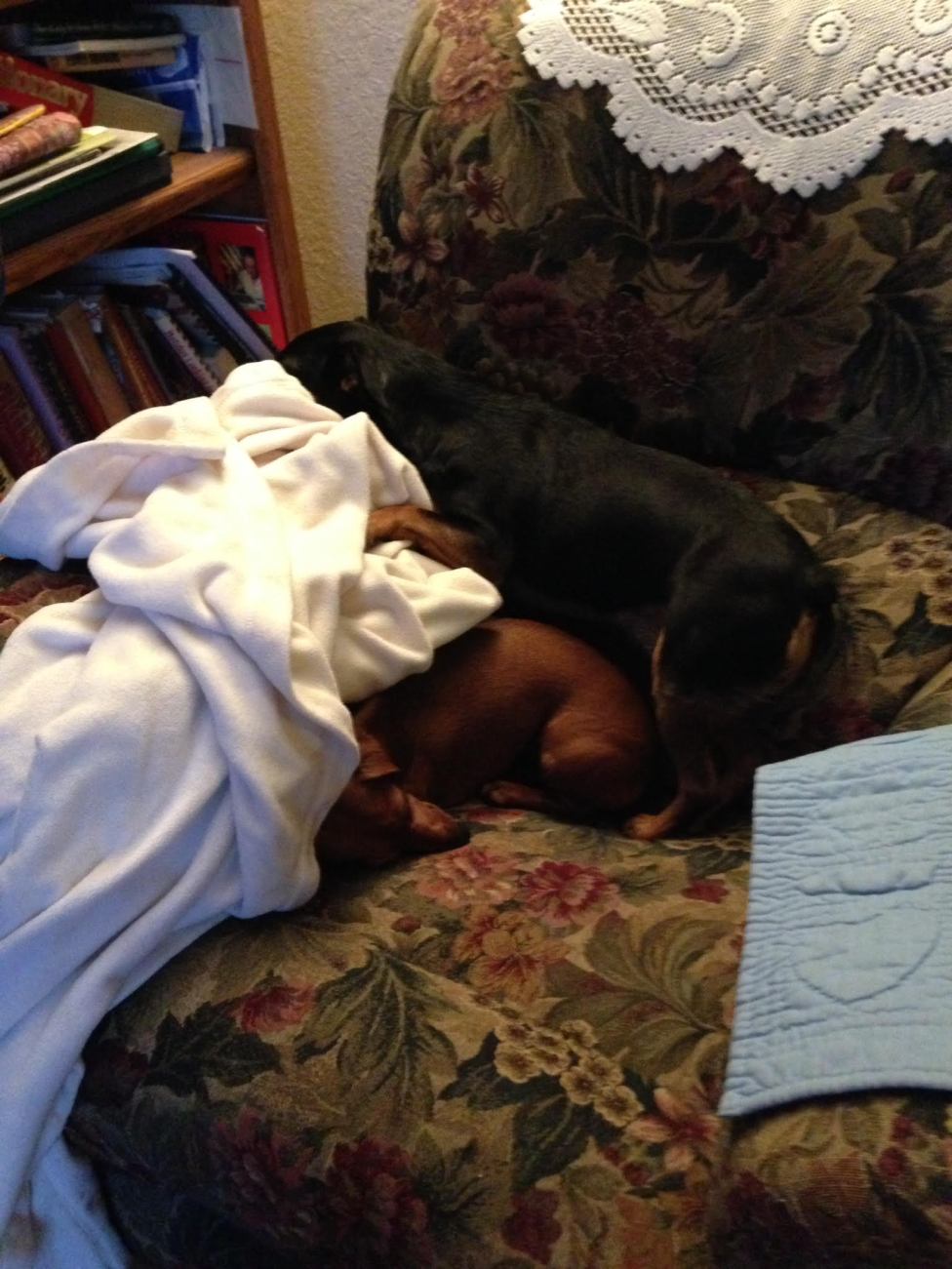 He was an affectionate, loving dog who insisted on curling up and going to sleep against your thigh. We miss him so much.