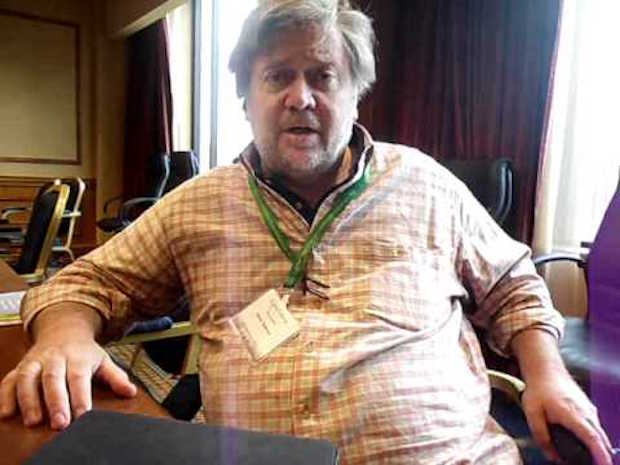 President trump’s guru, the nazi Steve Bannon, visited the Republican conclave in the Capitol and spoke as its de facto leader.

Per the Sacramento Bee, while the Sturmbannführer was “…rallying their dwindling ranks at the party’s fall convention over the weekend, Steve Bannon drew applause when he called former President George W. Bush a ‘piece of work'”

“…As for another Republican who once led the party ticket, Sen. John McCain (R-Ariz.) — when Bannon mentioned his name at a dinner banquet in Anaheim, someone in the audience yelled, ‘Hang him.'” Image and quoted text via McClatchy/Sacbee