Here’s my new used MIM (Made In Mexico) Fender Jazz Bass, Deluxe Series, with active pickups. I paid $250 for it at Guitar Center. Been playing it about a week now. 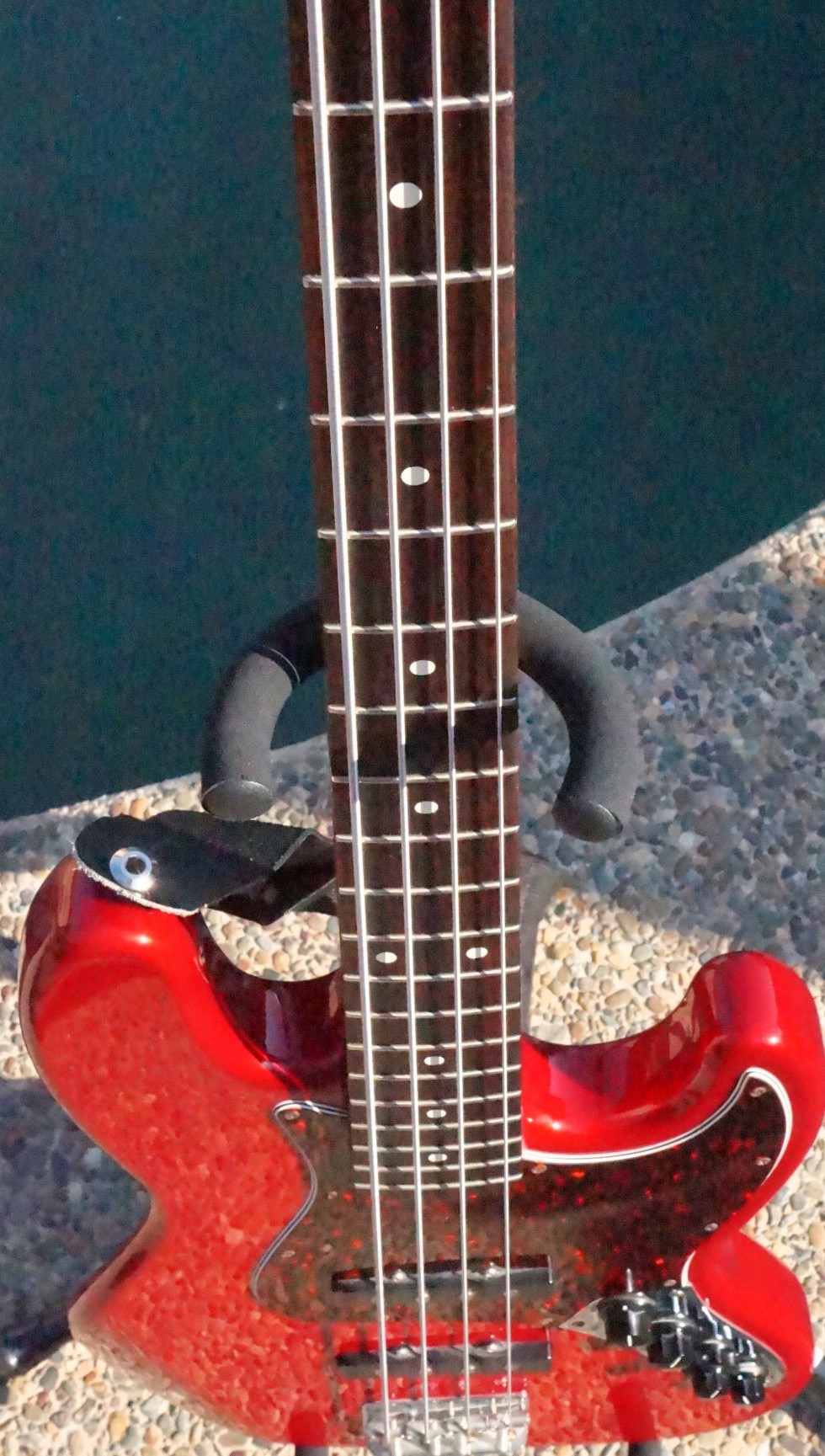 It sounds sweet and I sound better because it’s easier to play than my old Ibanez GIO Soundgear.

I don’t know what the controls do yet, lots more of them to play with than my DIY Ibby bass ‘Old Black Lazarus’. So far I have just set the controls at neutral and used only the volume knob. Half the time I practice acoustically, it sounds so good. I’ll figure them out when I need to.

The downside is the increased weight compared to the Ibby, and the control complexity.

I’m using Hal Leonard’s Fastrack Bass1 as a textbook and after two months I can play several riffs in the A minor key to accompany the drums and lead guitar on the supplied CD. 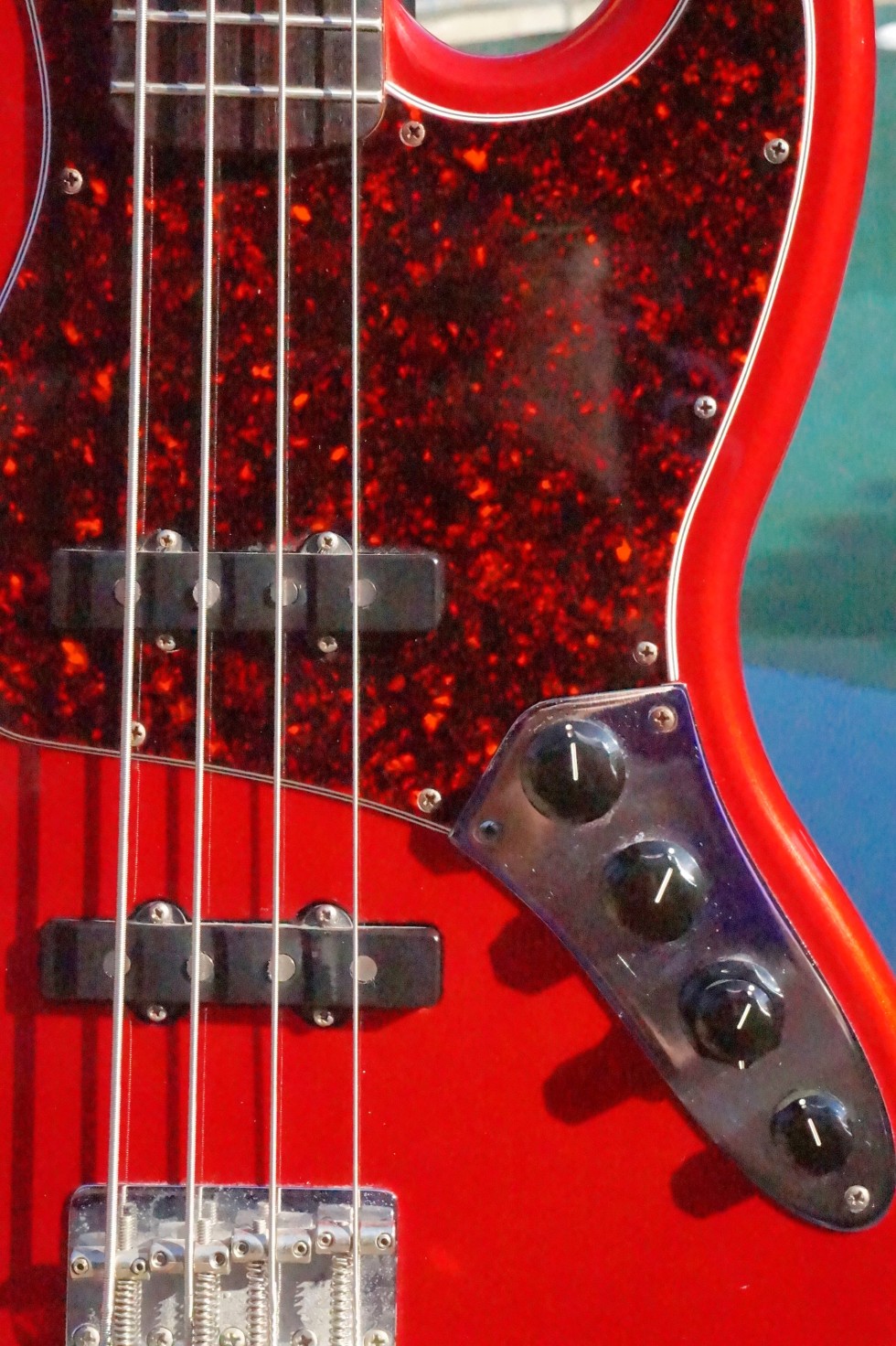 This is in contrast to my attempts to learn the guitar, three months and all I learned was two and a half chords from different keys.

The bass suits my arthritic fingers and hands and I can basically play without looking at my fingers, the better to concentrate on the TAB figures. Now I want to learn to read music so I won’t be a TAB slave. I think I’ve found my instrument.