Rear brake was defunct but I’ve got plenty more antique brakes to choose from. 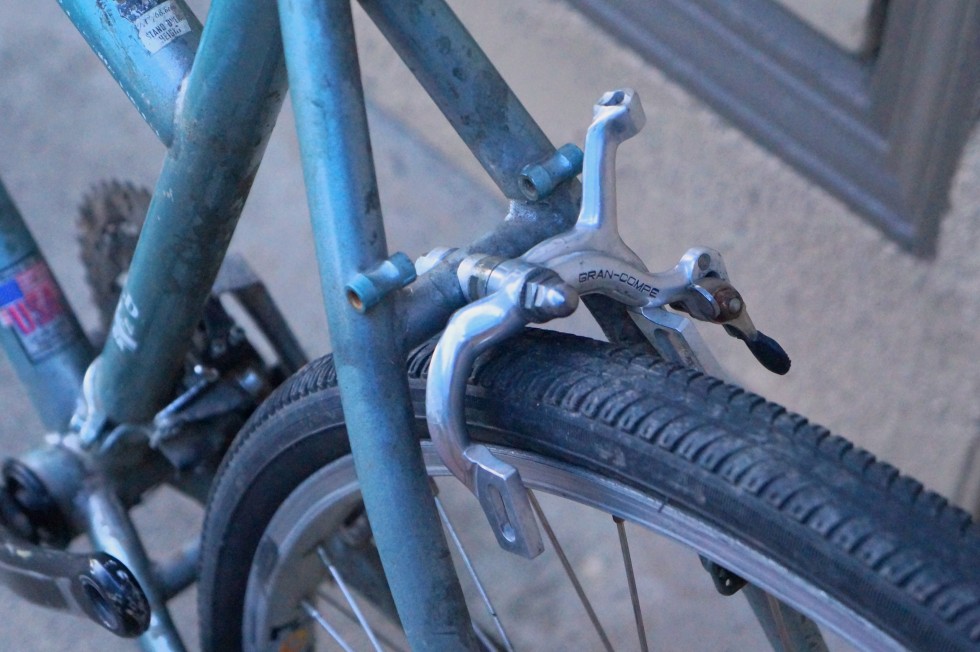 This is my shortest ‘side-pull’ brake from the ’70s or ’80s. Should work after I imagineer the cables, cable housing, termination. I have all parts but may have to buy brake shoes (shudder).

The tall and wide ‘mustache’ handlebar, of aluminum alloy, is after-market. I like the height but they’re too wide for my mostly city/trail terrain, and their leverage is not wanted. Note all original dirt still attached. 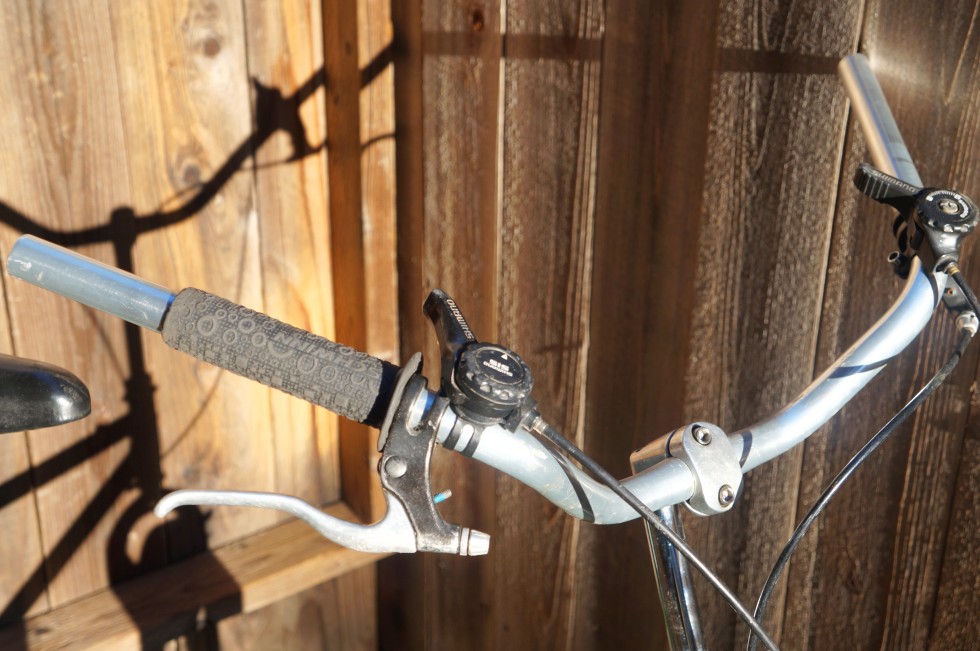 I’m chopping them about this much. Shimano SIS flip-shifters and levers appear OK.

I like vintage ‘cro mo’ steel frames: wasn’t aware Nishiki bikes were ever assembled in the USA. Note: this not the original noted Nishiki brand initially manufactured by Kawamura Cycle Co. in Kobe, Japan, and subsequently by Giant of Taiwan 1972-1986. The Derby firm used the Nishiki name to sell mostly to department stores until 2001. Despite that, the bikes can be pretty decent.

Cursory inspection shows no broken teeth on the chain-rings but plenty of wear. I need to disassemble and at least clean and grease repack the bottom bracket-if not replace with a modern sealed BB. Rotates a bit gritty, hoping ball bearing sets and spindle races are un-pitted and not galled. Sprayed with WD-40 for easier (but never easy!) removal.

Rear dérailleur was wrapped around the chain but appears usable and of good Shimano quality. I’ll know when I put it together.

I have other dérailleurs if this one is bent but working with gears is tough for me, maybe why I mostly build fixie/single-speeds. The front Shimano dérailleur looks functional.

The wheels I found hanging in my garage with no idea where I got them or when. The front is literally a no-name 26″x2.0″, coincidentally the same size as stock, with a serviceable tire.

The rear wheel is a 700c Shimano with a 7-gear cluster and skinny worn out tire. I blew it up to the specified 85PSI and it blew out in my face five minutes later! No damage to me except my poor wallet (sigh). So I’ll need to buy a new, puffier tire to sort of match the front.

Mesinger seat* is older than any other component, probably from a Schwinn. Probably the first part I swap out for a better one after riding it ten minutes.

Couldn’t quite finish in one day after about four hours of leisurely labor so not ‘done-in-a-day’. I was planning to throw a short chain on it and ride it single-speed for ergonomics testing but the gritty bottom bracket held me back.

And I will need to spend a buck or three for brake shoes, maybe bar grips, and new tire. So, like a weekend in TJ, it’s cheap but it’s not free. 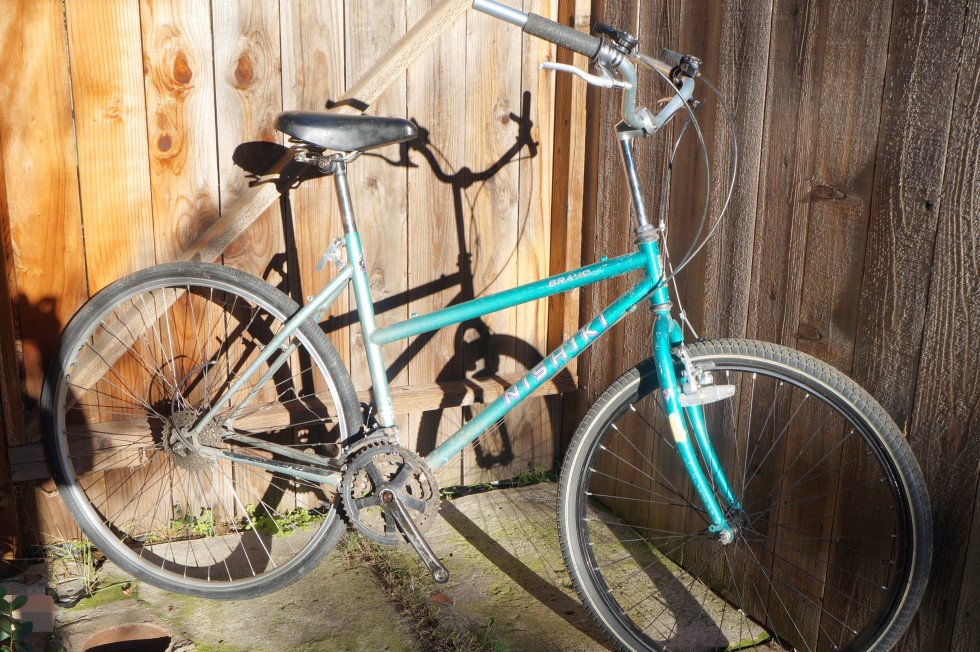 Finally, a scratched cool head-badge showing a helmeted cyclist moving fast. You can tell by the speed lines. I’ll post progress and final result as I work on it.

*You only get to call it a bike ‘saddle’ if it’s a Brooks B17.
**You Brooks B17 ‘saddle’ riders must call that post underneath you the ‘saddle post’.