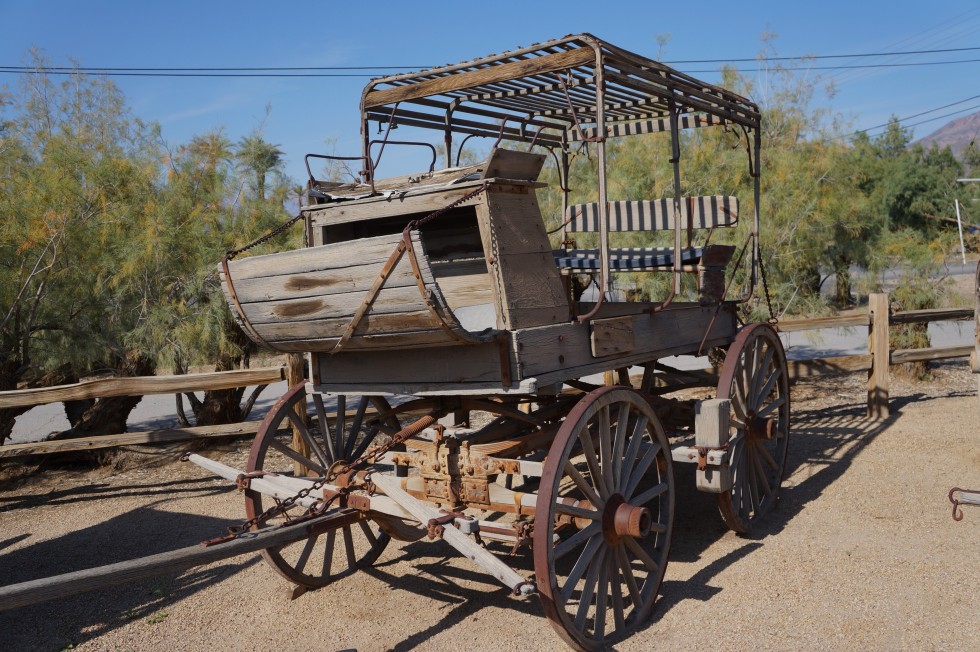 Some of these transport, process and power machines are old types that we can recognize by function.

From the movies we’re all familiar with wagons, stagecoaches, buggies and buckboards. They were light, efficient and could be made and fixed by a blacksmith.

Other machine’s purposes I could guess. 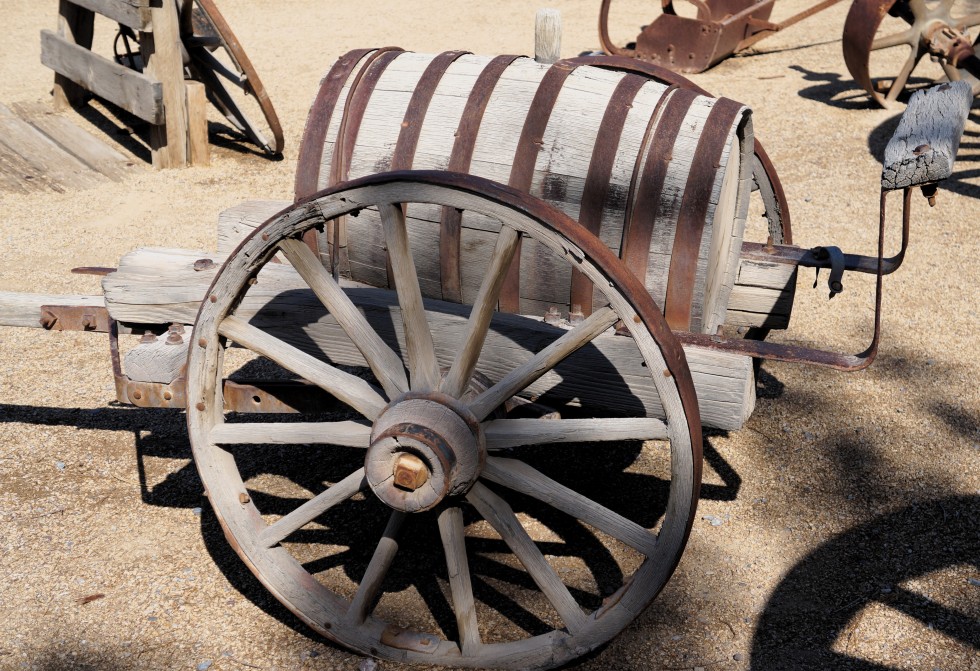 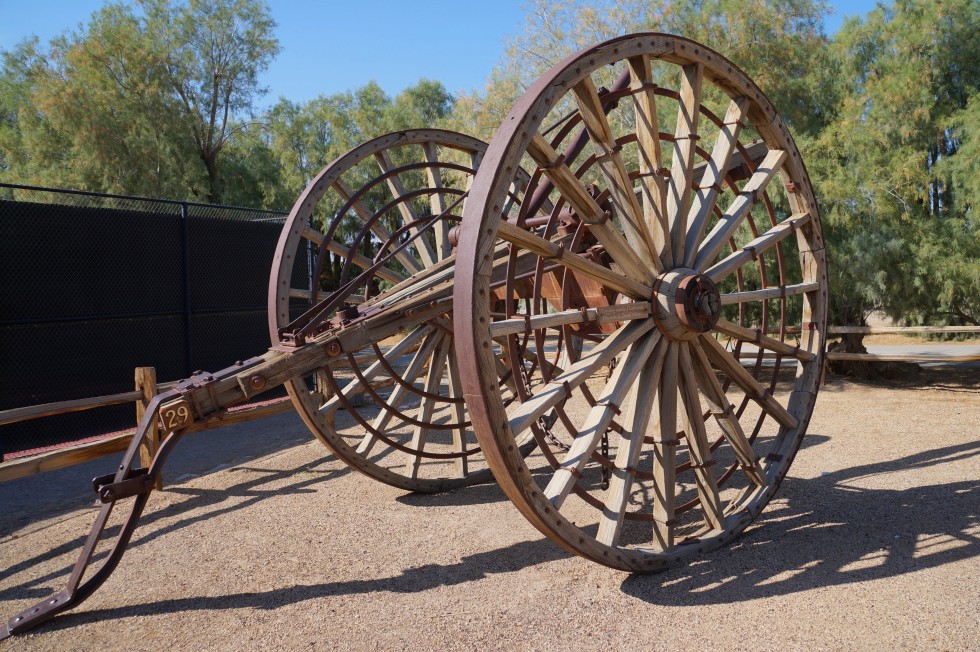 They thought big in the high tech 19th, but not all the giants worked out.

Old Dinah was a giant experimental ore tractor from 1894 that was supposed to replace mules and horses without building a railroad through Death Valley.

Its ore capacity was large but it was used only for a year. It proved to have maintenance and reliability problems as well as having sand and stability issues.

Eventually a rail line was put in to replace the mules and horses.

It took a team of eighteen mules and two horses a week and a half to haul the 24-tons of ore the 165 miles to the rail line.

The Iron Horse was the transport solution but more easily available ore sources closer to the rail lines spelled the end for large scale mining in the valley.

Though quite large this stationary diesel engine probably produced more torque than horsepower. 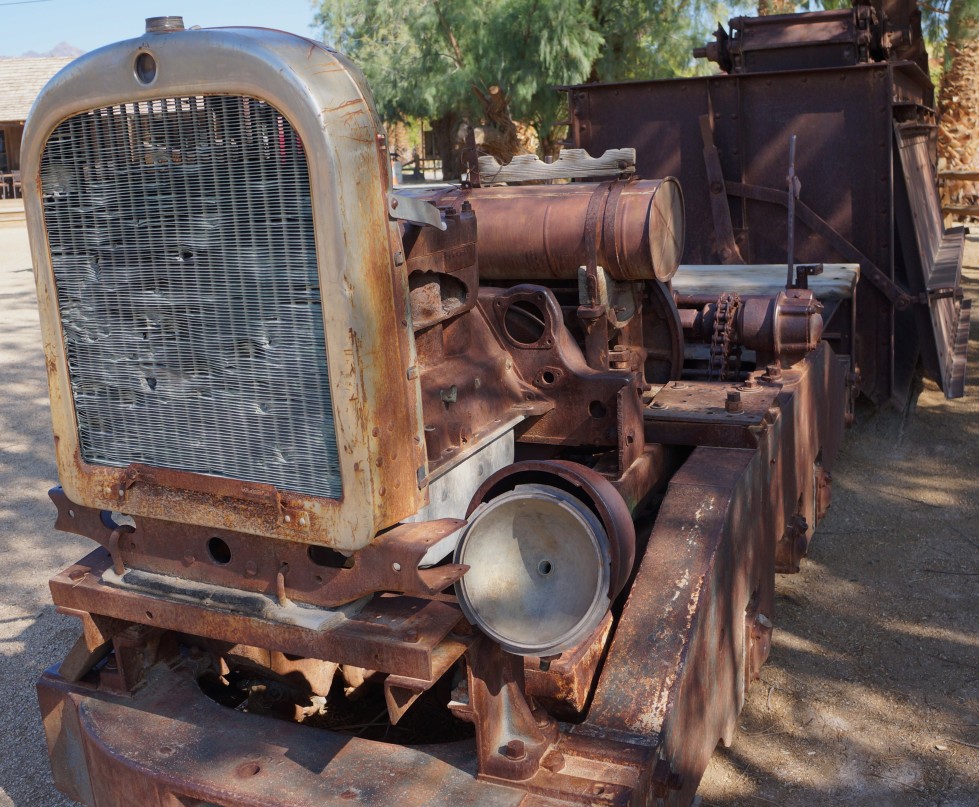 Without these high tech Old West contraptions mining in the valley would have been impossible.