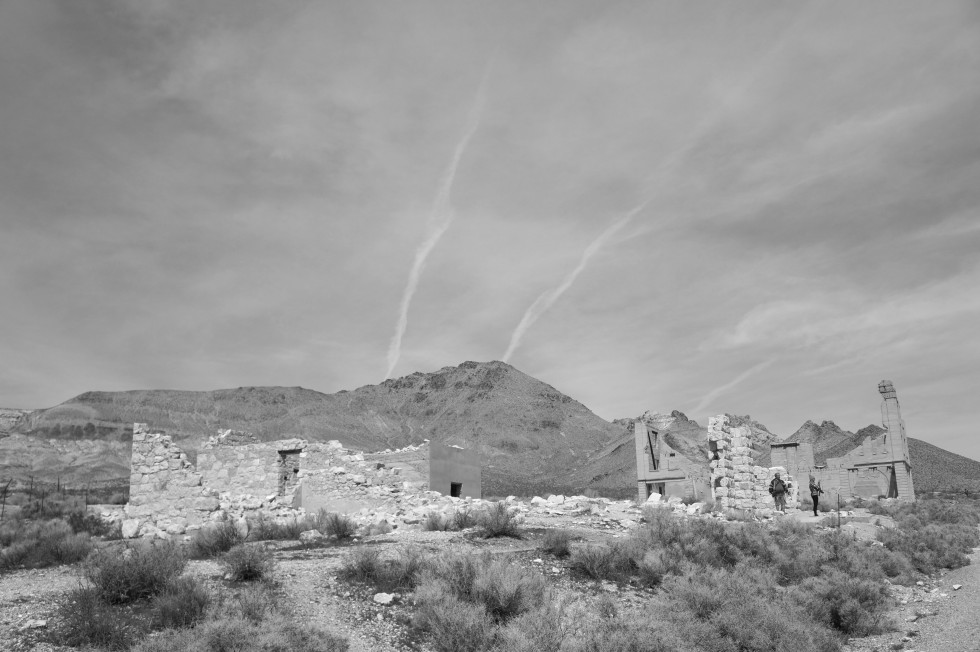 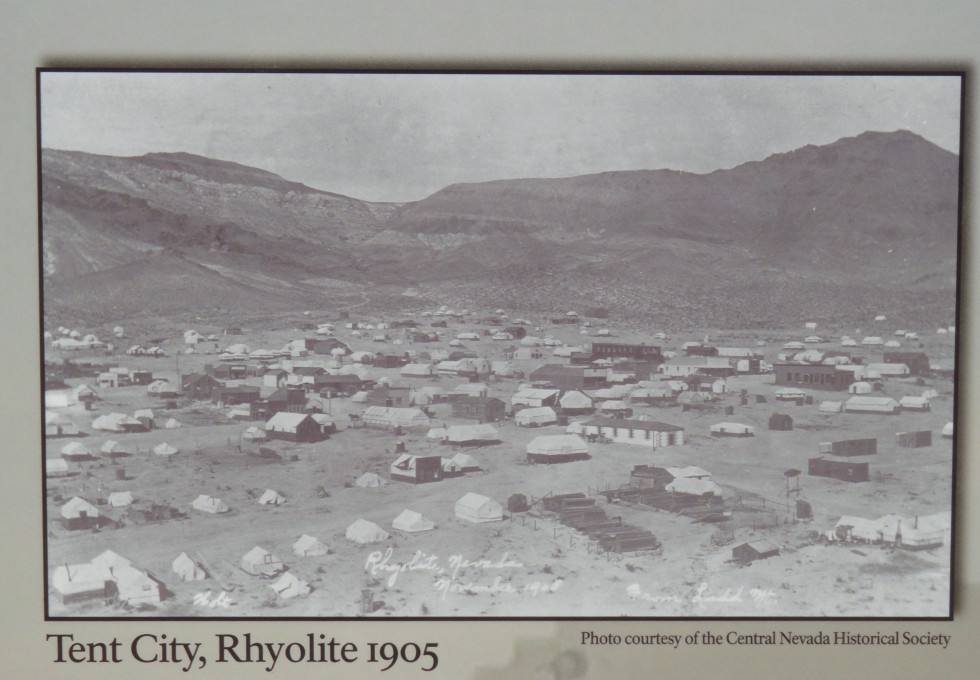 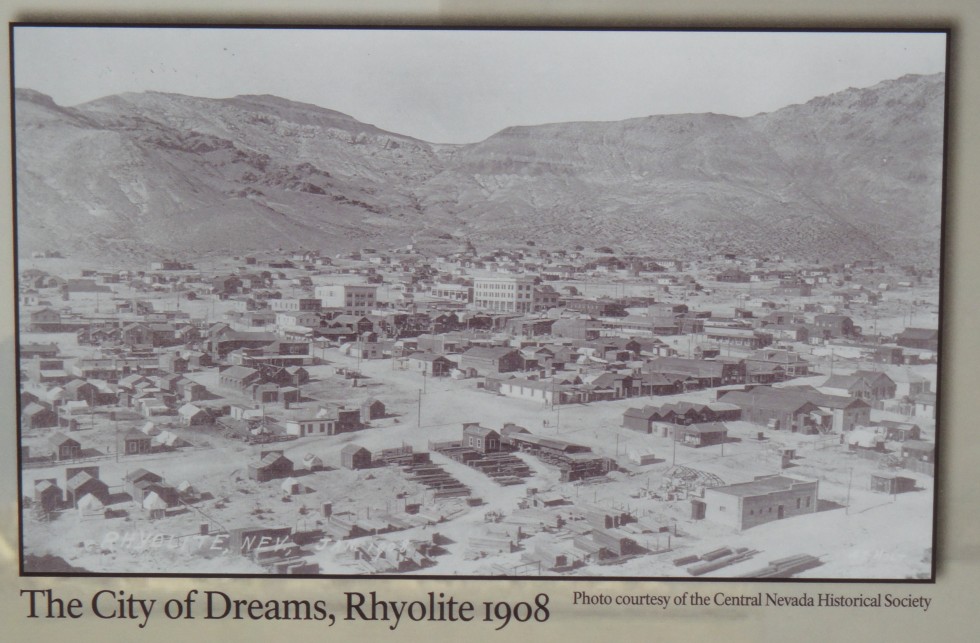 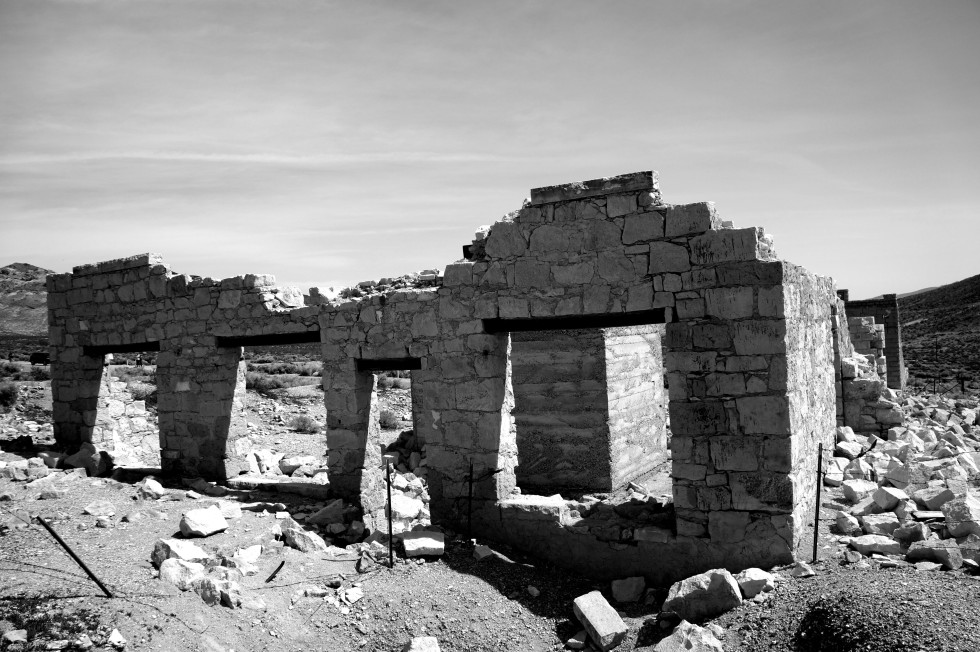 “The district is going to be the banner camp of Nevada. I say so once and I’ll say it again”, claimed Harris. 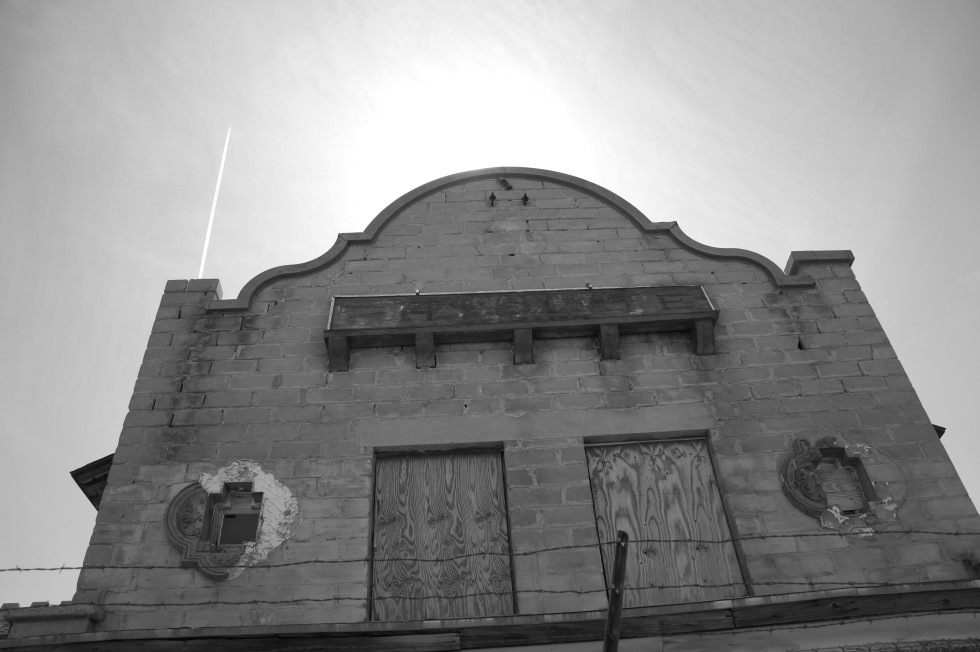 Of the more than 2,000 mining claims registered in a 30-mile radius the most promising was the Montgomery Shoshone mine, causing most miners to move to the new town. 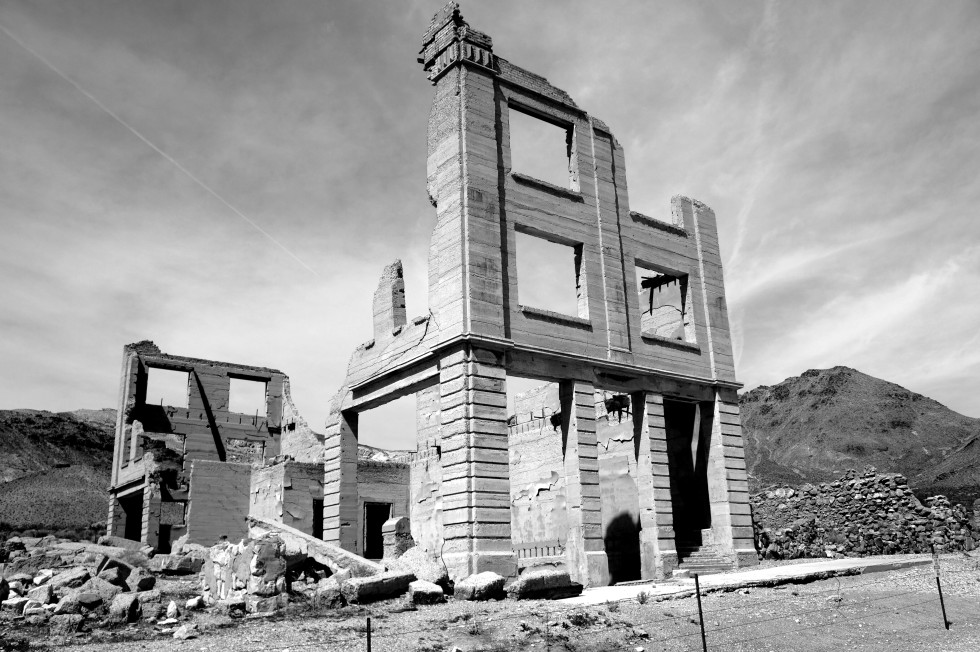 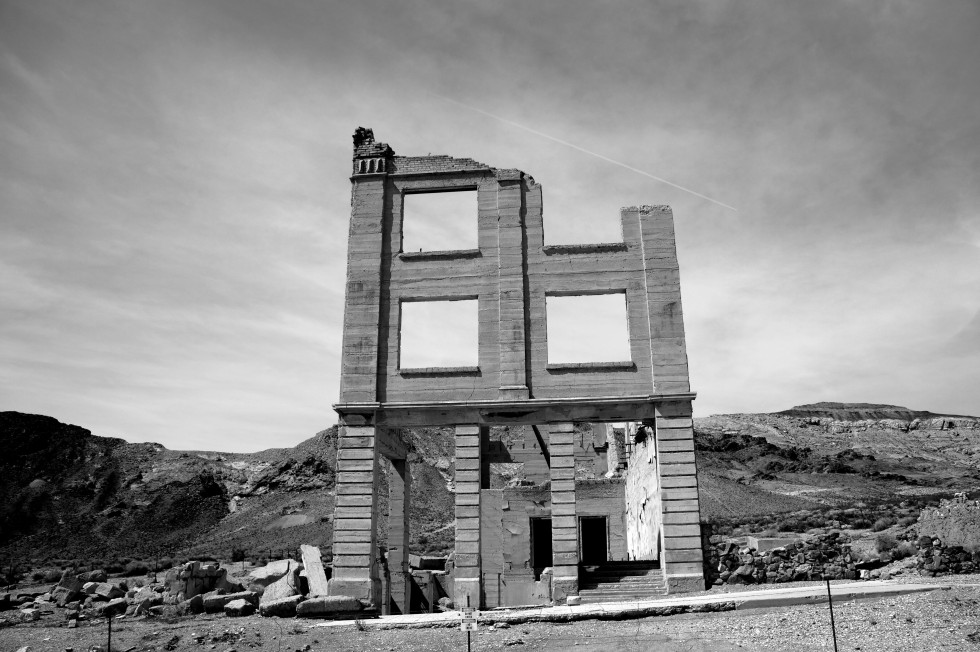 “A stock exchange and Board of Trade were formed. 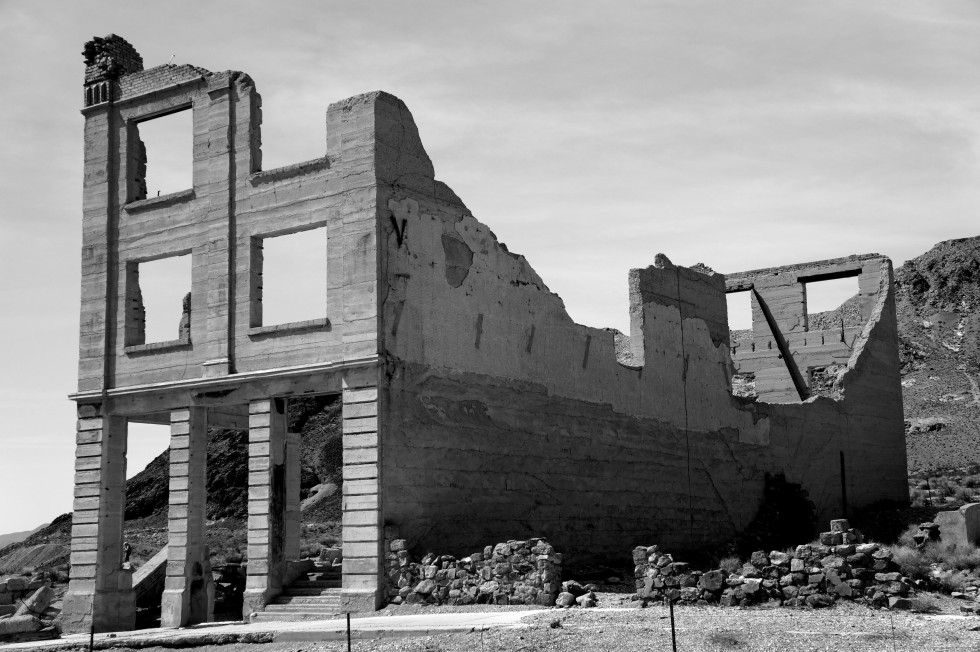 “The red light district drew women from as far away as San Francisco. 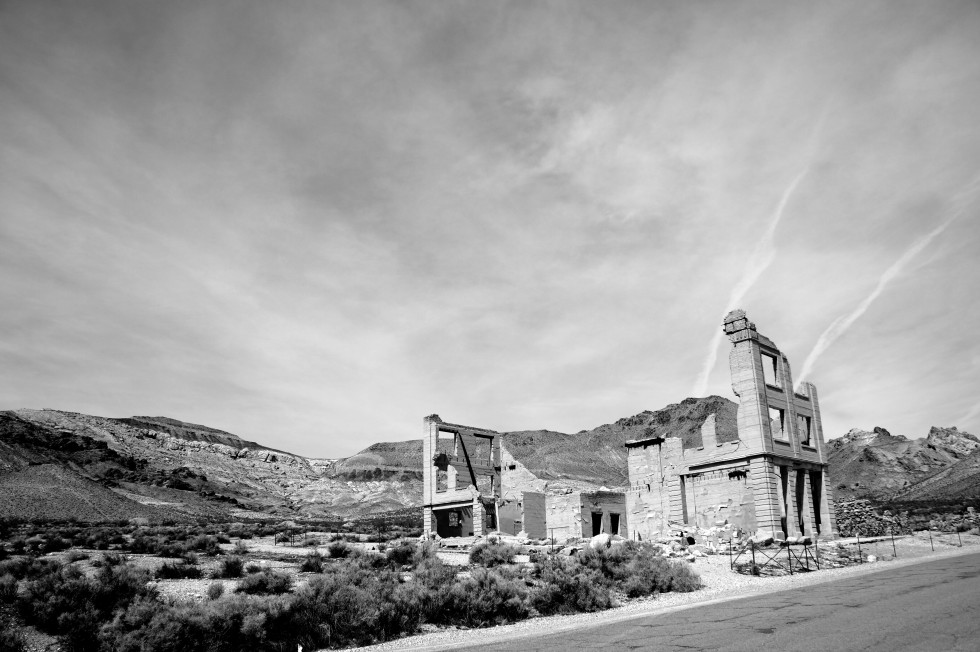 “There were hotels, stores, a school for 250 children, an ice plant… 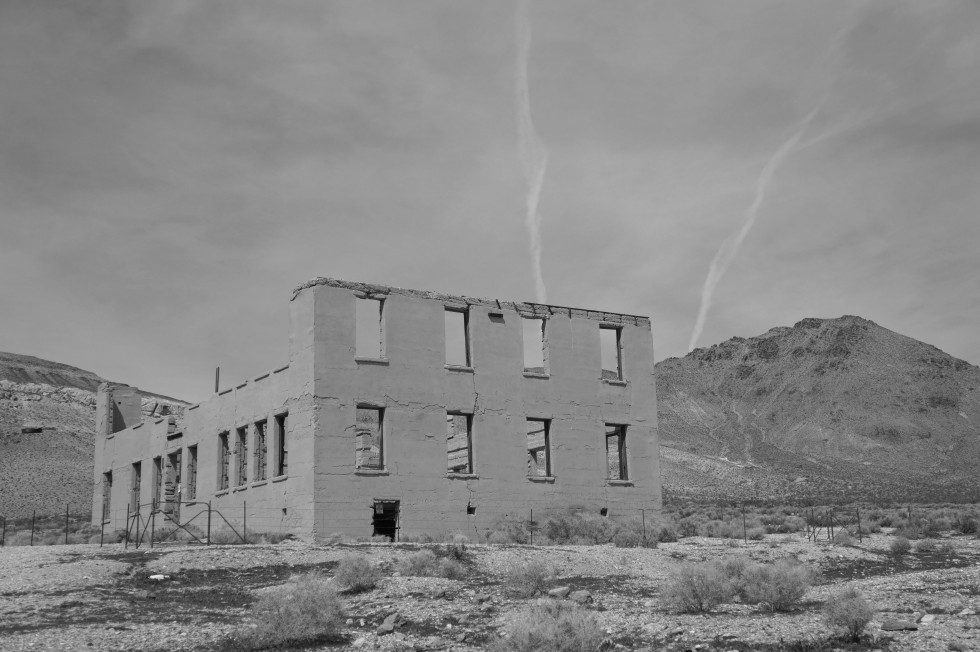 “Two electric plants, foundries and machine shops and even a miner’s union hospital. 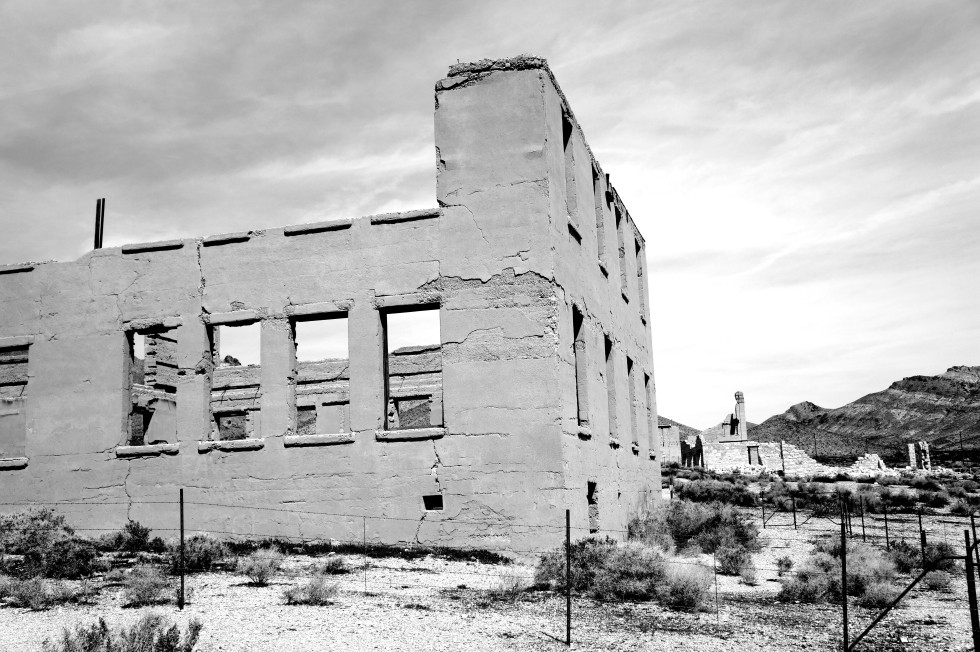 “The town citizens had an active social life including baseball games, dances… 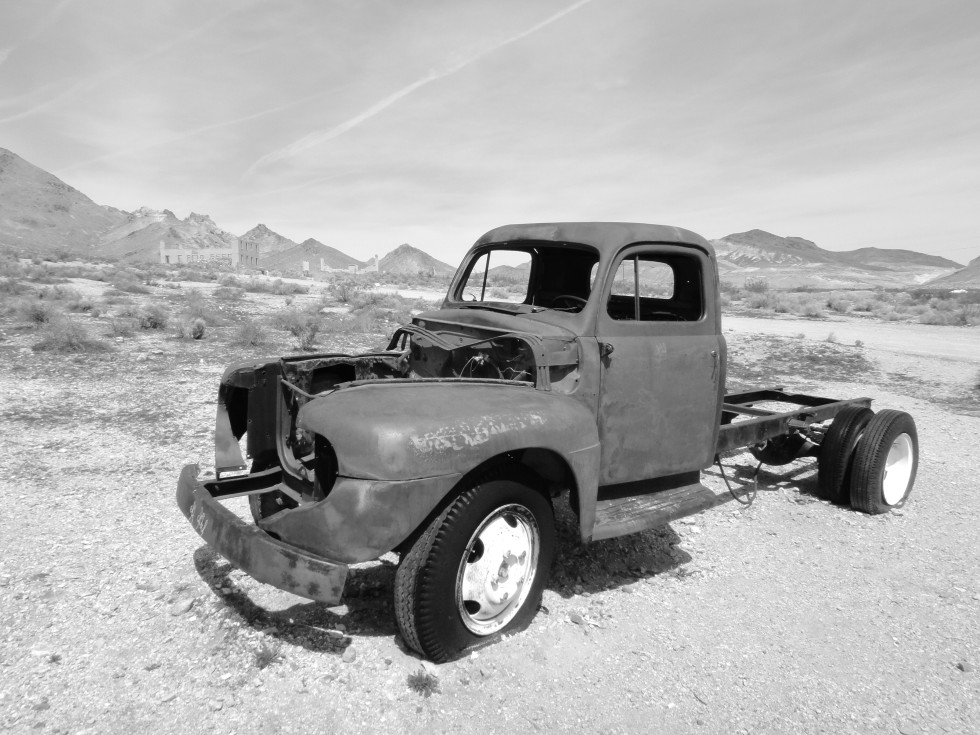 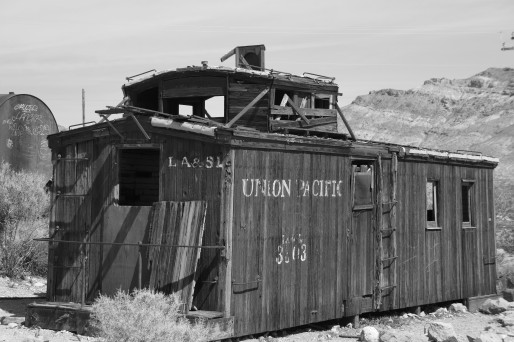 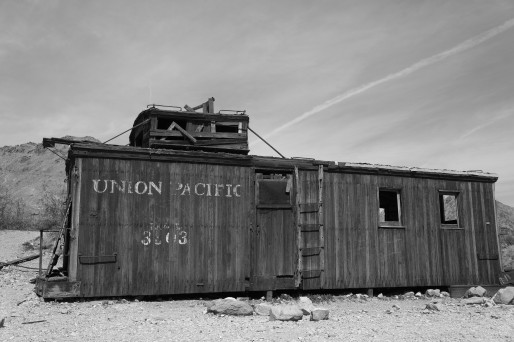 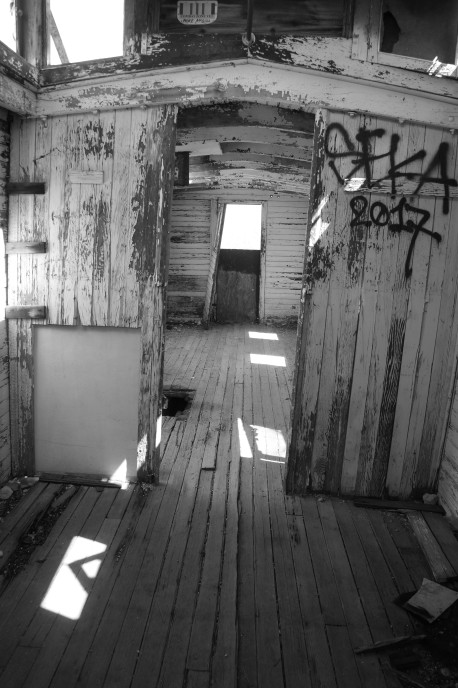 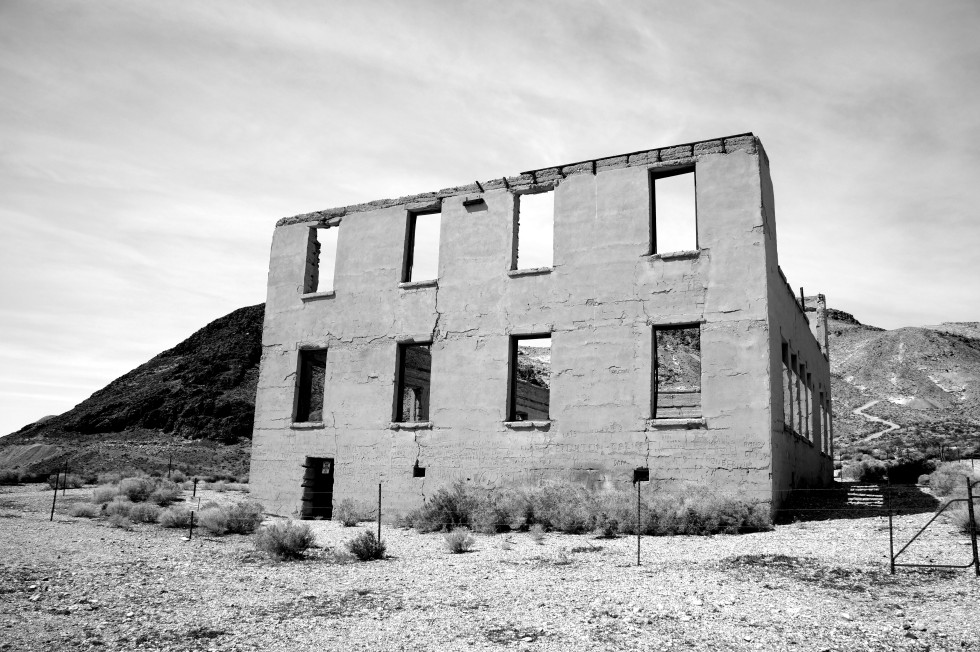 “In 1906 Countess Morajeski opened the Alaska Glacier Ice Cream Parlor to the delight of the local citizenry. 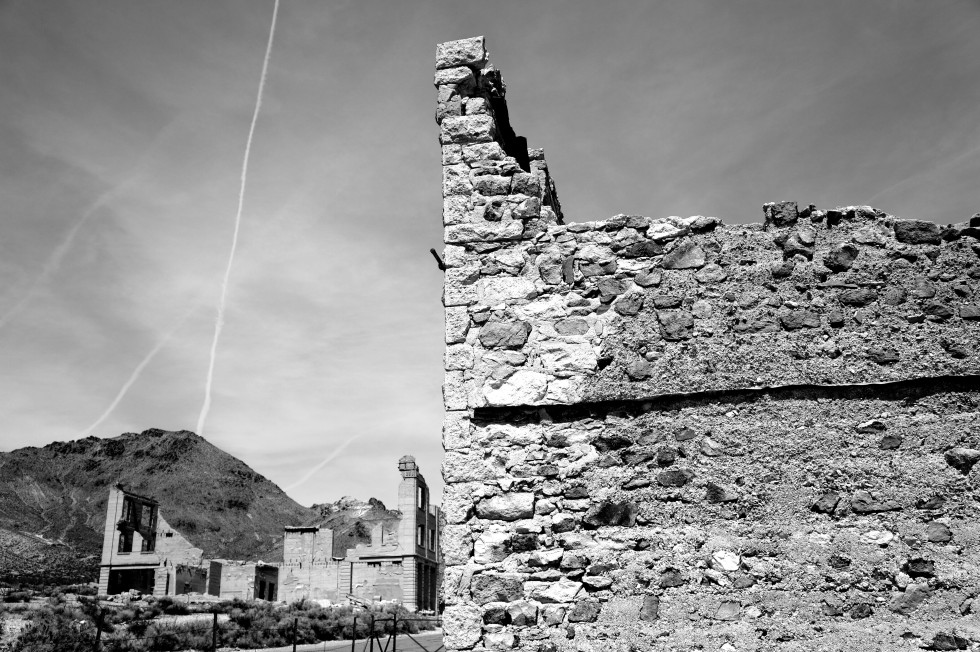 “That same year an enterprising miner, Tom T. Kelly, built a Bottle House out of 50,000 beer and liquor bottles. Via NPS 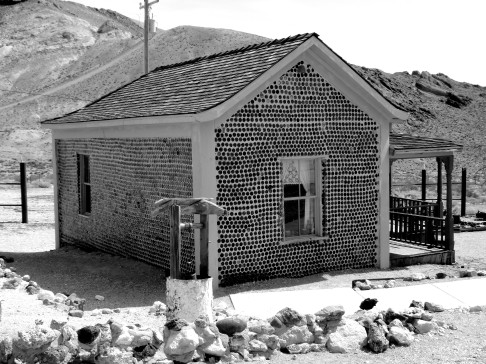 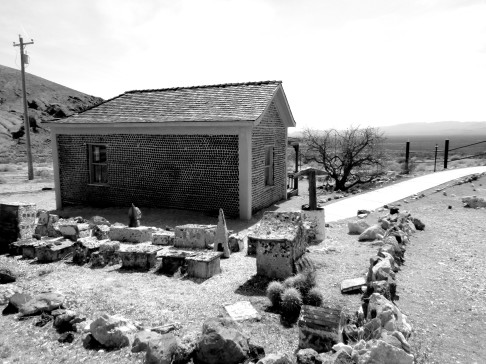 The town was electrified by 1907 but the financial panic of that year started the general decline of Rhyolite that ended with the town’s desertion in only a few years. 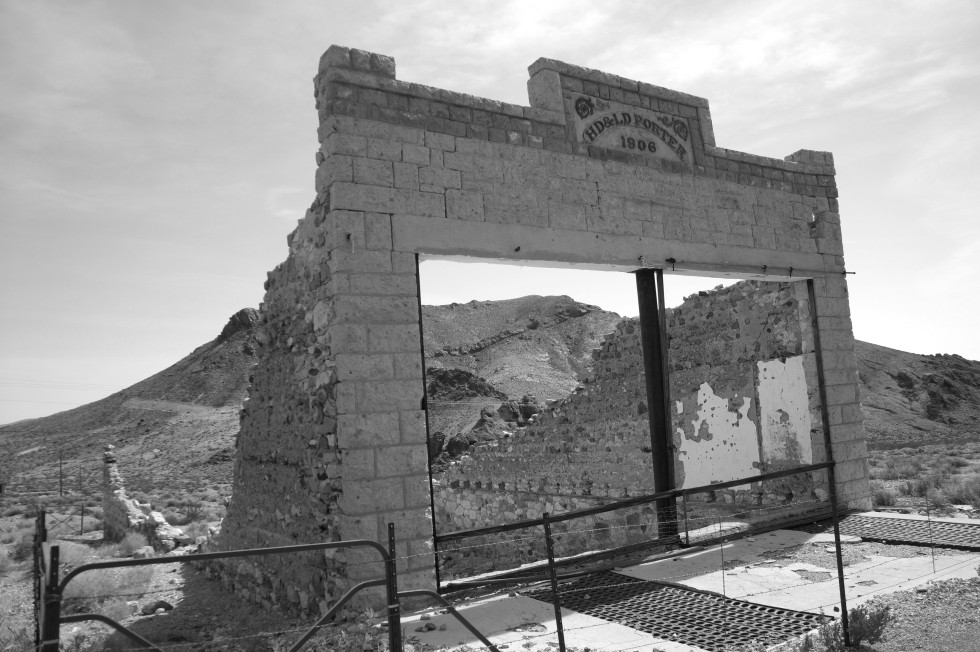 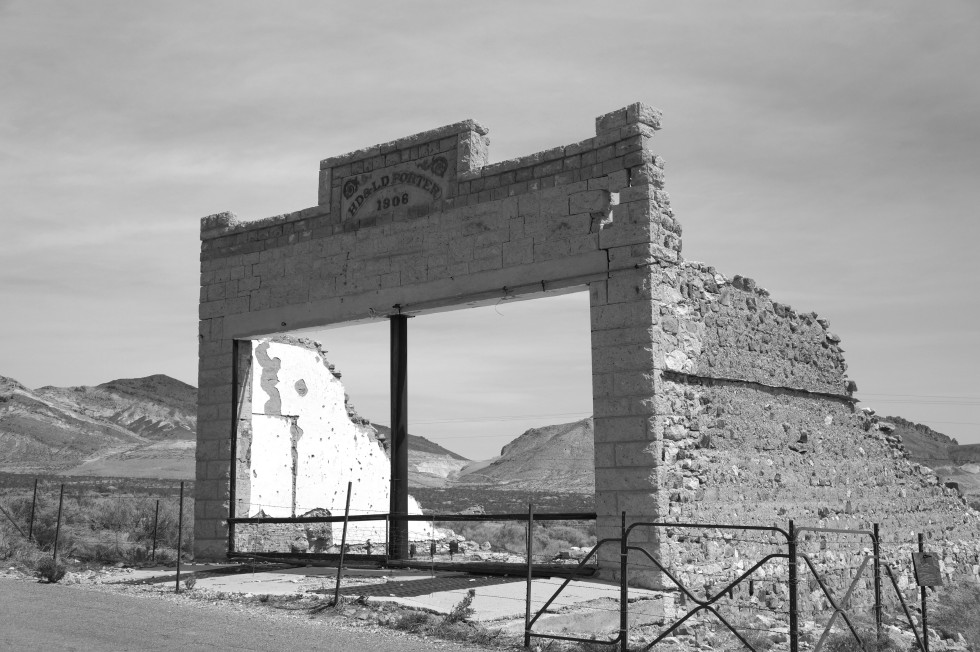 Banks, mines and mills, newspapers and other businesses failed or moved away. By 1910 only 611 Rhyolite residents remained. 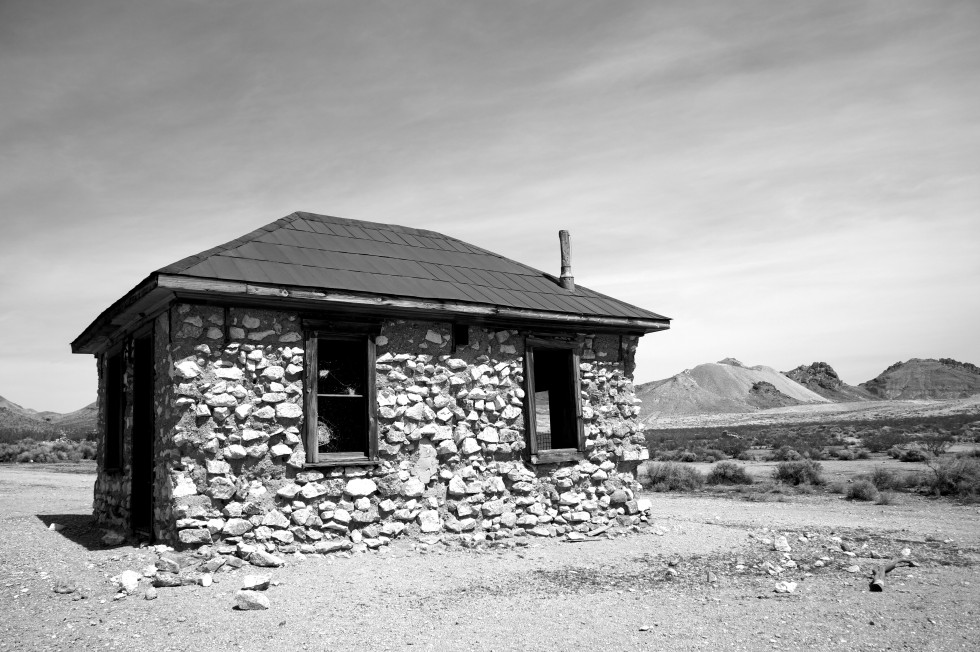 Declining ore production caused the Montgomery Shoshone mine to be shuttered in 1911. 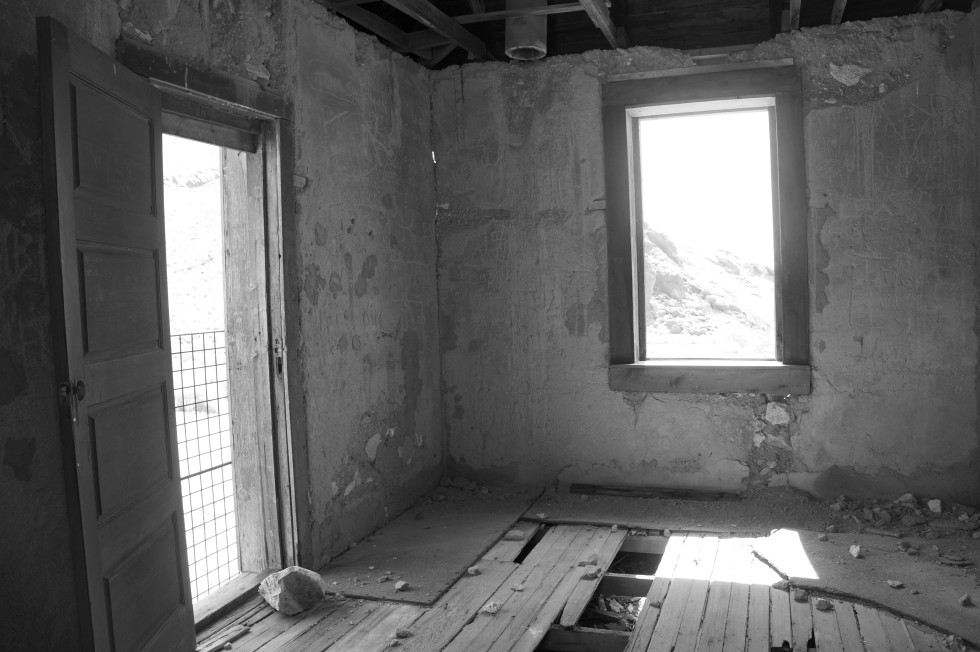 So as swiftly as the town had arisen, its decline was just as fast. 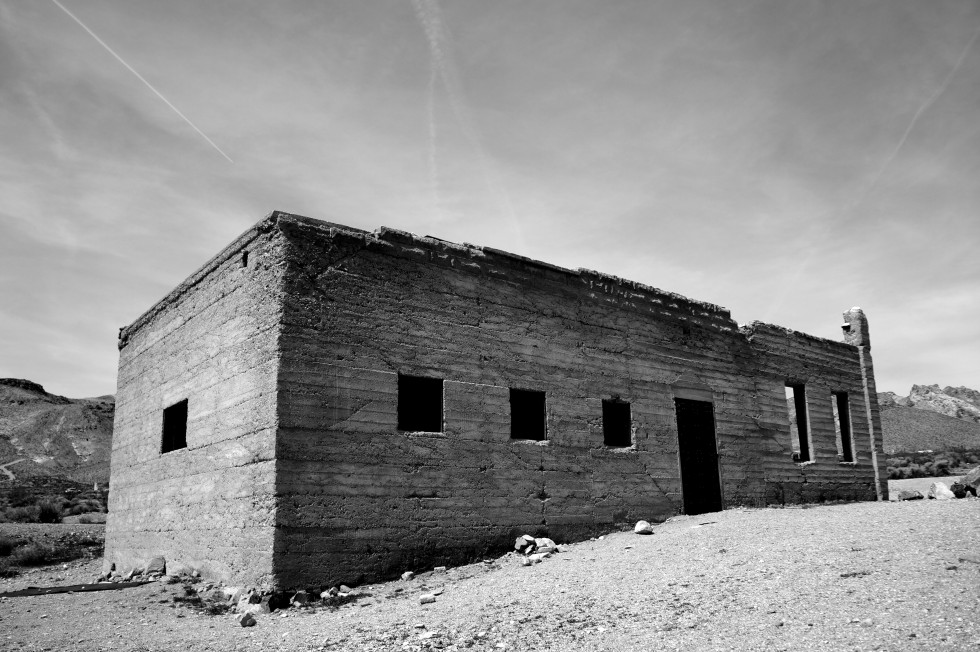 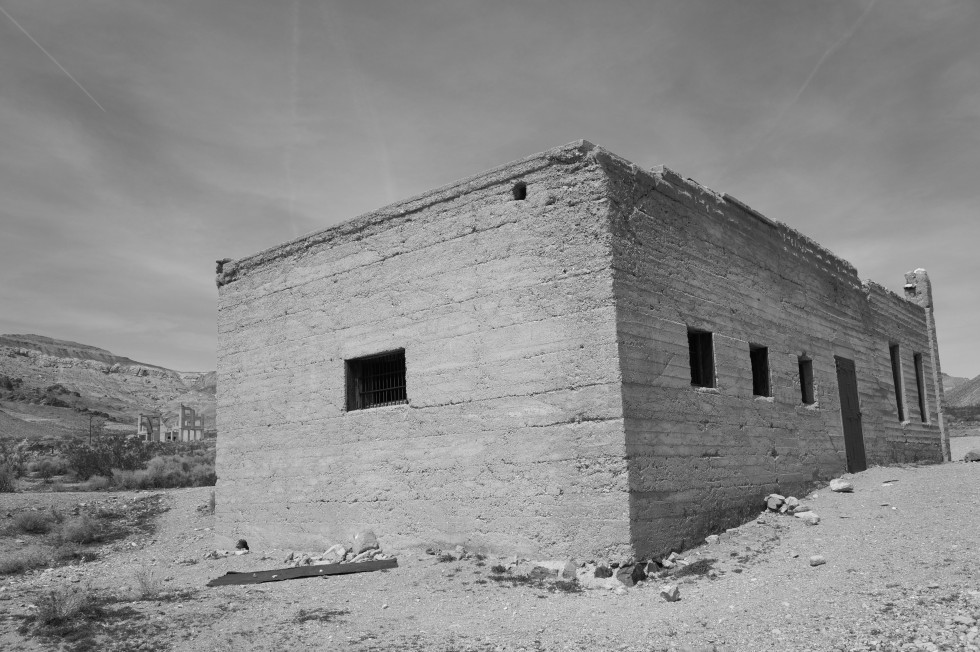 In 1916 the lights and power were switched off forever in Rhyolite. 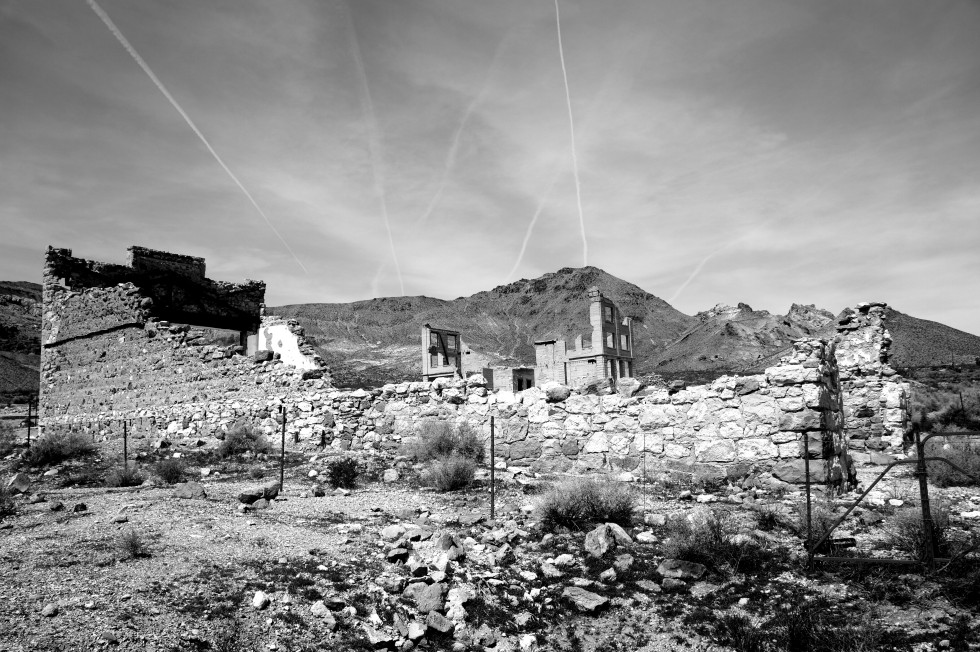 Luckily, many of the structures remain for us to enjoy today, the dry desert conditions helping to preserve them.