Here’s what I got for $20USD at Denio’s flea market but it’s less than it seems. The seat, shifters, and steel wheel, gear cassette and tire weren’t usable; the Simplex dérailleurs were toast and rear center-pull brake as well. 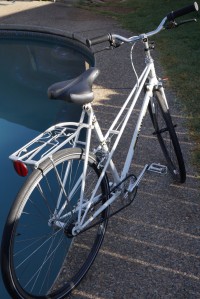 But no replacement cotter pins could be found for the massively heavy steel cranks. I had to hammer out the old pins to clean, lube and adjust the cup-and-cone bottom bracket  and nobody in the Sacramento area has replacements (French, remember?).

Even half built the delicate spidery beauty helps me fight through the setbacks.

By blind luck the only spindle I had in my parts bin fit pretty well in the bottom bracket shell being only slightly short, and the ball bearing cages and balls fit perfectly.

I had to switch to a BB lock ring with threads out to the edge but managed to adjust bearings correctly and firmly. The modern square-taper ends allowed me to fit wonderful Shimano 600 alloy cranks and spider, the best of that era.

You Need All These Parts and More to Build Vintage Bikes

Original stock Mafac “Racer” front center-pull  brake could still be used but the rear is a Weinmann replacement. Note use of cheap ‘wire-nut’ to terminate cable in lieu of store-bought fitting.

The stair-step or crenelations motif is continued on the seat post with a gold instead of a silver lion, on a background more orange than the red head-badge. 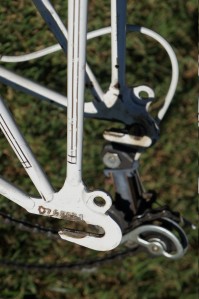 Bikes built past the 1980s generally used vertical drop-outs, the hooked part of the frame that holds the wheel, making them difficult to convert to single-speed/fixie bike. The long horizontal drop-outs on this frame make fitting and adjusting the wheel easy. 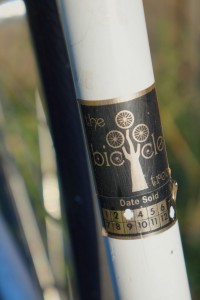 I try to use the correct period cargo rack when I have them. This aluminum Swiss Pletscher rack was the light and strong one to use in those days and works just as well these days. 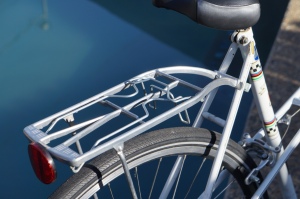 The round CatEye reflector adds to the retro look. 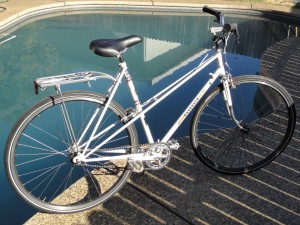 Tires are CST kevlar Cuidad with reflective stripe in 32-622. Rear wheel is a Shimano FH-FM30 free-hub single-speed conversion with 17-tooth cog. Front is a 700c Stay-Tru with anodized skewer. 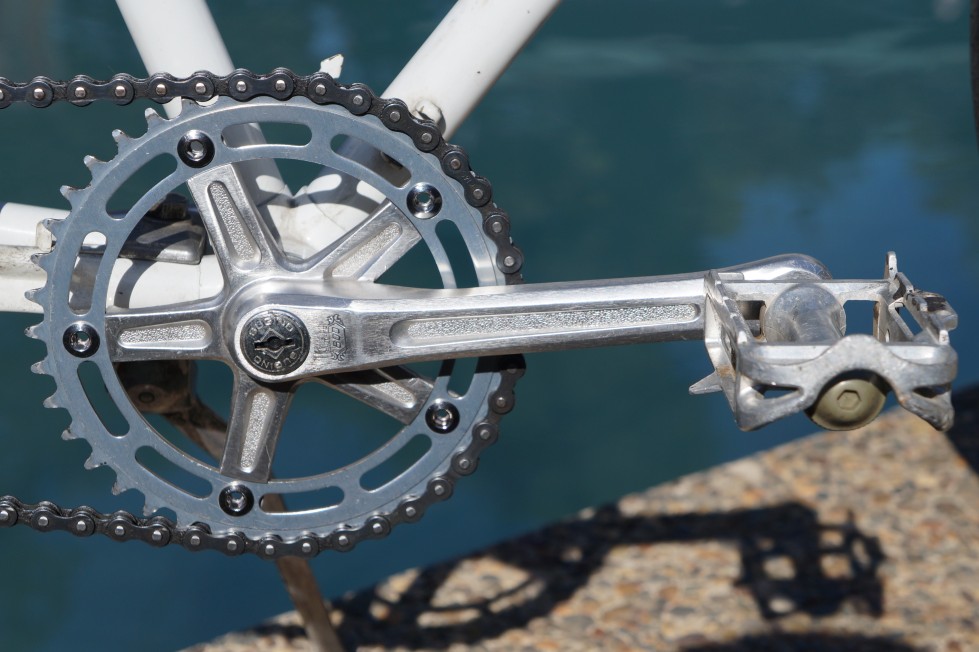 Imagine my tightwad’s glee at building a complete bike using only a $20 flea market frame and parts I already had (forgetting I bought the parts in the first place).

Then I rode it. Uh oh, geared far too strong, I had to lug even on level ground. Now I’ll have to spend $10 bucks at the flea market for a 36 or 38-tooth chain-ring. Drats, the miser defeated again!

I hadn’t planned to build another bike, much less a difficult French one, but a beautiful cheap frame and a bunch of bike parts in my garage–and Viola!  A fair French beauty of the 1970s is fit to ride again, like Brigitte Bardot! The French have a certain je ne sais quoi, (“I don’t know what”).

Unless noted, all text/images produced by todgermanica.com: noncommercial use free with attribution. All ads CHOSEN AND PLACED by WordPress; ad clicks pay only WordPress; I am not consulted or compensated.

One thought on “Simplicate, Then Add Lightness*: 1973 Peugeot Mixte Style”