Politics has been called show business for ugly people. This story confirms it. By John Amado via Twitter and Crooks & Lier’s blog.

Senator Ted Cruz jumped into an online scuffle between Ron Perlman and Matt Gaetz and embarrassingly drafted Jim Jordan to fight the 70-year-old actor. Let that sink in — Ted Cruz challenges Ron Perlman to a fight – With Jim Jordan.
By John Amato

Two of the dumbest Republican politicians ever, and that’s saying something, tried to take down Trump critic and renowned actor Ron Perlman on Twitter.

And the Senator from Texas inserted the odious Jim Jordan into the Twitter spat.

Jordan, you will recall, is a former wrestling coach at Ohio State who has been implicated by many witnesses in knowingly remaining silent while his wrestling students were being sexually assaulted. Ted Cruz thought it was smart to namedrop Jordan as his gladiator. Really. 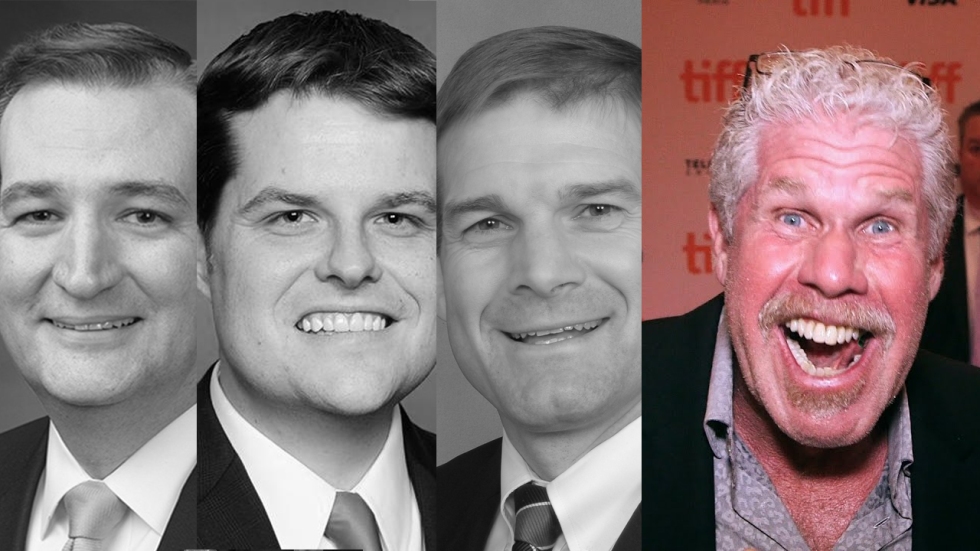 The fight started after US Soccer lifted the ban on players kneeling during the national anthem.

The US Soccer team called and you guessed it… said they couldn’t give any less of a fuck about what you two dipshits think. @realDonaldTrump @mattgaetz

This racial justice warrior had no problem in Hollywood portraying the White Supremacist leader of a motorcycle gang. #SOA https://t.co/mKUFz4y5ru

Yessir, so true! So rewarding playing assholes on tv. Tell me sir, how is it actually being one? https://t.co/8Yk4lXvyAI

And while we’re at it fuckboi, what is this shit about playing your crowd with dog whistles like “Hollywood“, making them think culture is the thing that’s keeping them down? When it’s really you and your greed.
— Ron Perlman (@perlmutations) June 14, 2020

Then Perlman threw the nastiest douche bag of all Congressmen into the picture: Jim Jordan.

PS: You’re lucky for this guy Matt. If it weren’t for him you’d be the ugliest politician walking. @mattgaetz pic.twitter.com/uUgUDKHgZA
— Ron Perlman (@perlmutations) June 15, 2020

This scuffle somehow made Sen. Ted Cruz so mad that he challenged the now 70-year-old Ron Perlman to a fight — with Jim Jordan.

Listen Hellboy. You talk good game when you’ve got Hollywood makeup & stuntmen. But I’ll bet $10k—to the nonpolitical charity of your choice—that you couldn’t last 5 min in the wrestling ring w/ @Jim_Jordan w/o getting pinned. You up for it? Or does your publicist say too risky? https://t.co/eRerYVe5kj
— Ted Cruz (@tedcruz) June 15, 2020

For what it’s worth, Trump is now a role model for Republican Senators? They certainly mimic his awful behavior on Twitter.

Wait, is this THEE Ted Cruz? Holy shit man! Is this the same guy let little Donnie call his wife A dog and his father an assassin and now kisses his ass? Yo, can I get your autograph man? https://t.co/6QDwCaEkpv
— Ron Perlman (@perlmutations) June 15, 2020

Teddy, Teddy, what kind of a muthafucka offers to have another guy, probably asleep at the time, kick another guy’s ass? https://t.co/v7EFmP1Mqe
— Ron Perlman (@perlmutations) June 15, 2020

I tell you what teddy boy, since mentioning jim jordan and wrestling is… problematic, why don’t we say fuck him and just make it you & me. I’ll give 50k to Black Lives Matter and you can keep all the tax payer money you were thinking of spending. https://t.co/6QDwCaEkpv
— Ron Perlman (@perlmutations) June 15, 2020

By the way, Ron Perlman at 70 years old is 6′ 1″ and fourteen years older than Rep. Jordan, but I’d bet on the actor all day, every day. 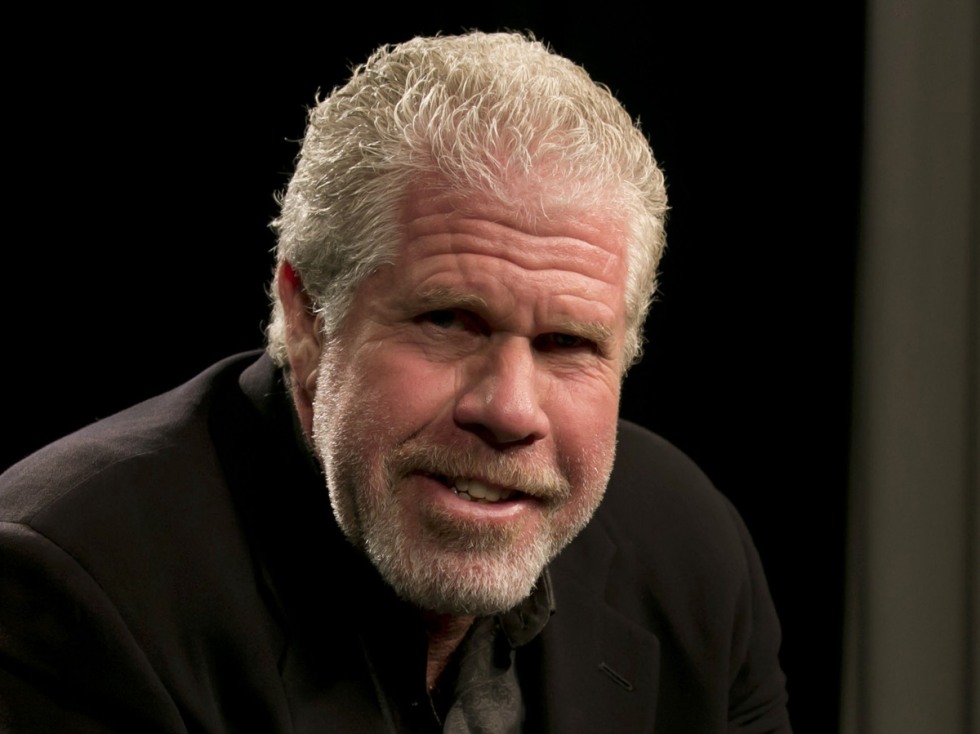 Ron Perlman poses for photos before an interview in New York in September 2014.

I can guarantee you one thing. If @perlmutations was a wrestling coach at Ohio State, he wouldn’t have turned a blind eye to the sexual assaults going on against his students. https://t.co/hiPBQOf5rO
— JohnAmato (@JohnAmato) June 15, 2020

I’m always surprised to see Jim Jordan’s face in public. Covering up and facilitating pedophilia should be a reason for shunning. But these GOP grifters and perverts have no shame. They couldn’t lay a finger on Hellboy the Beast.